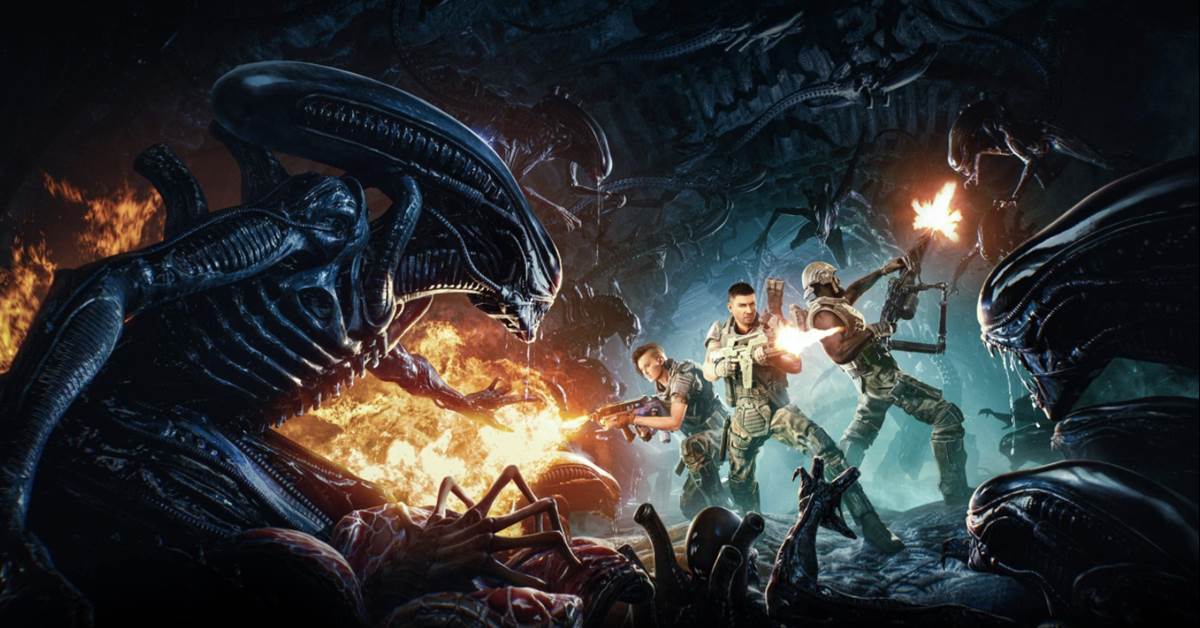 If 2014’s Alien: Isolation from developer Creative Assembly was a game which perfectly built upon the psychological terror and suspense-filled, sci-fi horror vibes of the original Alien film then Cold Iron Studios is looking to apply the Space Marine-centric, action feel of the sequel, Aliens in commensurate fashion for Aliens: Fireteam.

Aliens: Fireteam is a third-person, co-op survival shooter which takes place 25 years after the events of the original Alien trilogy and puts players in the combat boots of the futuristic soldiers from the United States Colonial Marine Corps (USCMC). 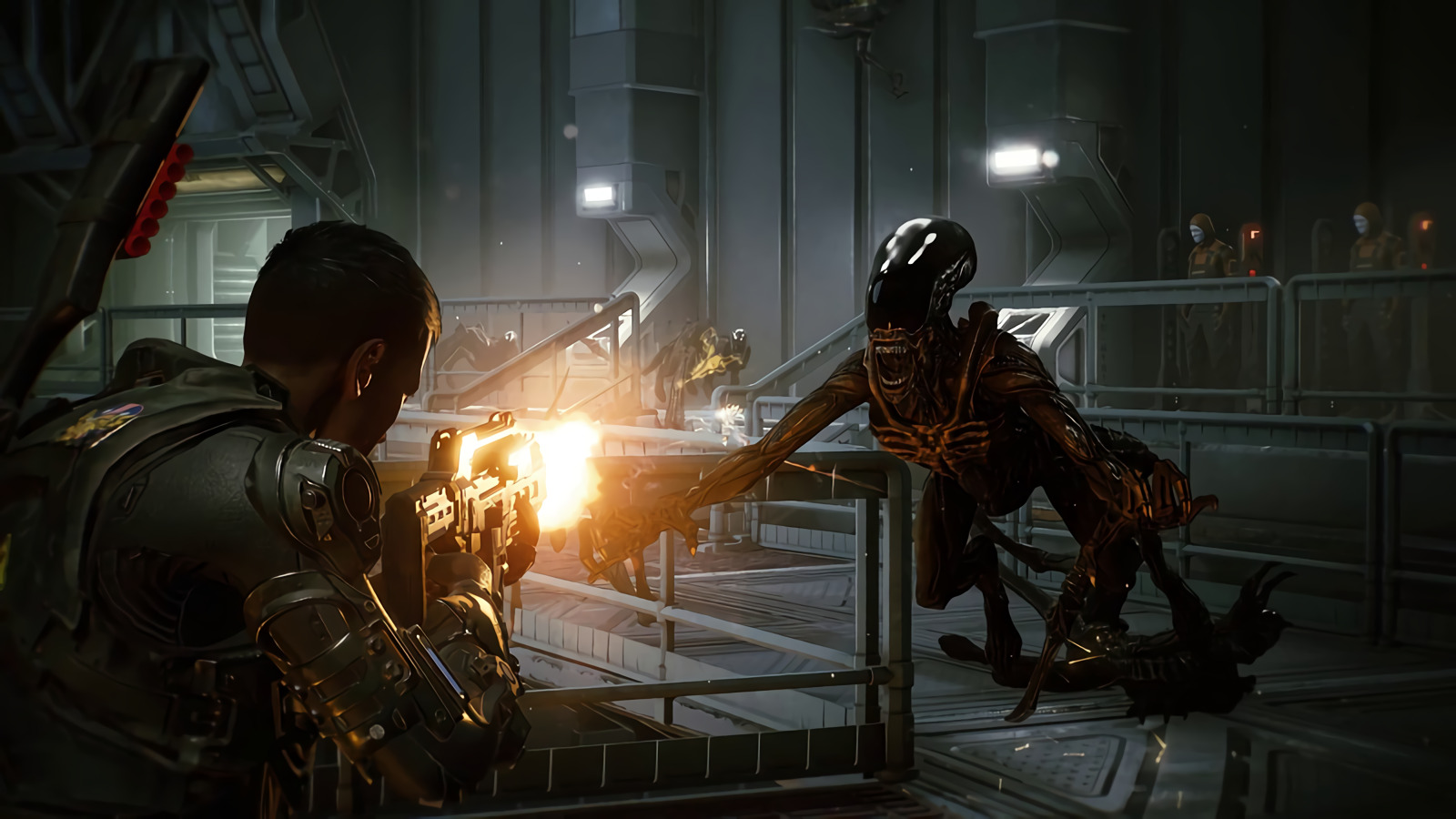 The Colonial Marines will have a full arsenal of the futuristic, iconic weaponry from Aliens at their disposal, such as the fully-automatic M41A2 Pulse Rifle, the DT-57 Medved shotgun (for “close encounters,” as Corporal Hicks might say) and the L56A3 Smartgun (support harness and all) — and they’ll need every bit of ammunition they can muster to take on the endless swarms of Xenomorph.

The Xenomorph’s forces will be comprised of different varieties of the classic, H.R. Giger designed endoparasitoid from the films, ranging from the spider-legged, egg-laying Facehuggers; Bursters, who explode in a shower of green acid when they’re killed; Spitters, who, as their name implies, can launch projectile acid blobs at players; Prowlers, who sport a red carapace and can pounce upon players and pin them to the ground and Praetorians, special sentinel Xenomorph who have bulletproof heads which they can use to ram players from their path.

Of course, all this Space Marine vs. Alien action won’t come without consequences — or be pretty, for that matter. As the official ESRB rating and description confirm, Aliens: Fireteam will be rife with players getting stabbed, eviscerated, impaled and vice-versa, with Aliens spraying large amounts of acid blood upon death and newborn Xenomorph emerging from human corpses.

As if a multitude of Aliens weren’t dangerous enough, players will also have other types of attackers to fend off in Aliens: Fireteam. According to the ESRB description below, other enemies involved in the “frenetic combat” will be “zombie-like creatures” and “synthetic androids.” Will the latter bleed a white-milkish fluid like Bishop from Aliens, we wonder?

This is a third-person shooter in which players assume the role of a marine battling hordes of alien creatures in a futuristic setting. Players use pistols, machine guns, chain guns, and explosives to kill aliens and other beings (e.g., zombie-like creatures, synthetic androids) in frenetic combat.

Aliens emit large amounts of mostly green blood when shot; explosive weapons cause enemies to break apart into chunks of flesh. Dead humans are found throughout the game, with their chest cavities burst open from a xenomorph (i.e., alien) emerging. During the course of the game, brief cutscenes are sometimes triggered when an alien kills a human character: aliens impaling soldiers with their spiked tails; soldiers stabbed in the face; humans getting grabbed and mauled by face-huggers—large amounts of blood spray accompany these close-up kills. The words “f**k,” “sh*t,” and “a*shole” appear in the dialogue.

What do you think of the Aliens: Fireteam ESRB rating and official description? Do you think the violence, action and sci-fi horror of the movies will be accurately depicted with the game touting a Mature rating?

Aliens: Fireteam is slated for a Summer 2021 release on the PS4, PS5, Xbox One, Xbox Series, and PC platforms.