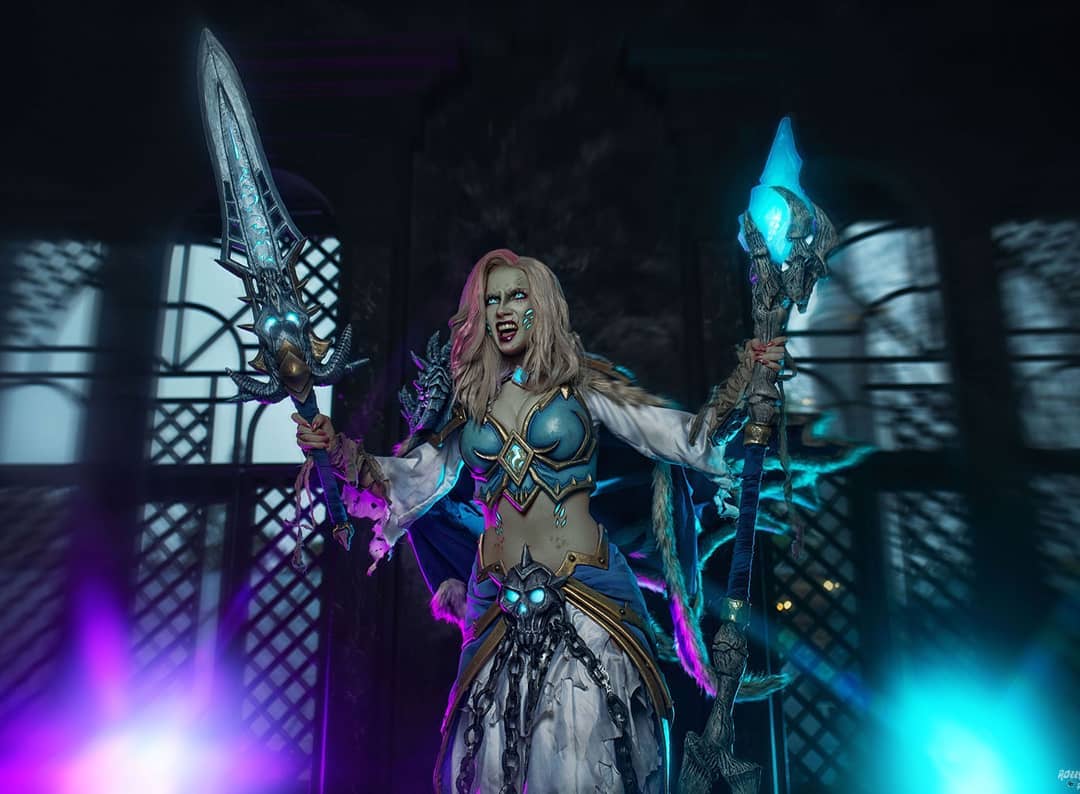 Knights of the Frozen Throne was one of our favorite Hearthstone expansions here at Retbit, thanks largely in part to the fact that it so heavily and accurately linked to World of Warcraft‘s Wrath of the Lich King lore — but added its own indelible, surprising twist in the form of the nine different heroes taking on Death Knight forms.

One such form was Frost Lich Jaina, the Undead Scourge form of Mage Hero Jaina Proudmoore. In this undead state, Jaina’s appearance drastically changes from that of her living version; her blonde hair becomes grey and tinged with streaks of pink and icy blue and her skin turns deathly pale. Her eyes also become the glowing, wintry blue which is custom of all Death Knights. Cosplayer Narga-Lifestream, who just so happens to be one of our favorite cosplayers has already wowed us with amazing cosplays such as Ciri from The Witcher 3: Wild Hunt and a Night Elf Druid from World of Warcraft — but this Frost Lich Jaina cosplay might be her best offering yet. The following gallery contains our favorite images of Narga’s spine-tingling Frost Lich Jaina cosplay. 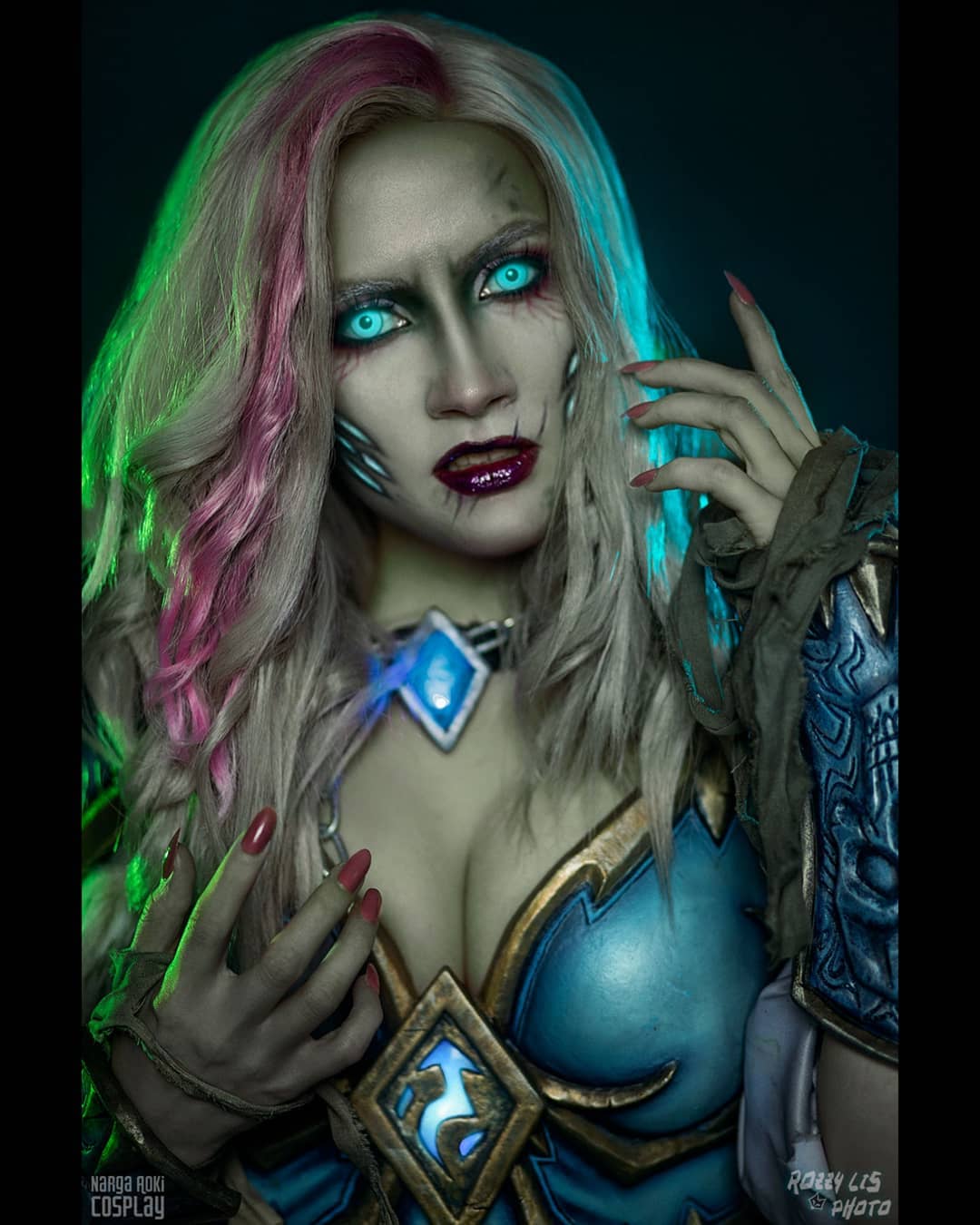 Frost Lich Jaina costs 9-mana to play. Her summoning quote is, “Do not fear power, fear those who wield it!”

Did you like this Frost Lich Jaina cosplay by Narga? Be sure to visit her Linktr.ee page, which contains links to her social media, tutorials, TikTok and more to show her some support.

RELATED:  This amazing Nora Fawn cosplay has us fawning
In this article: