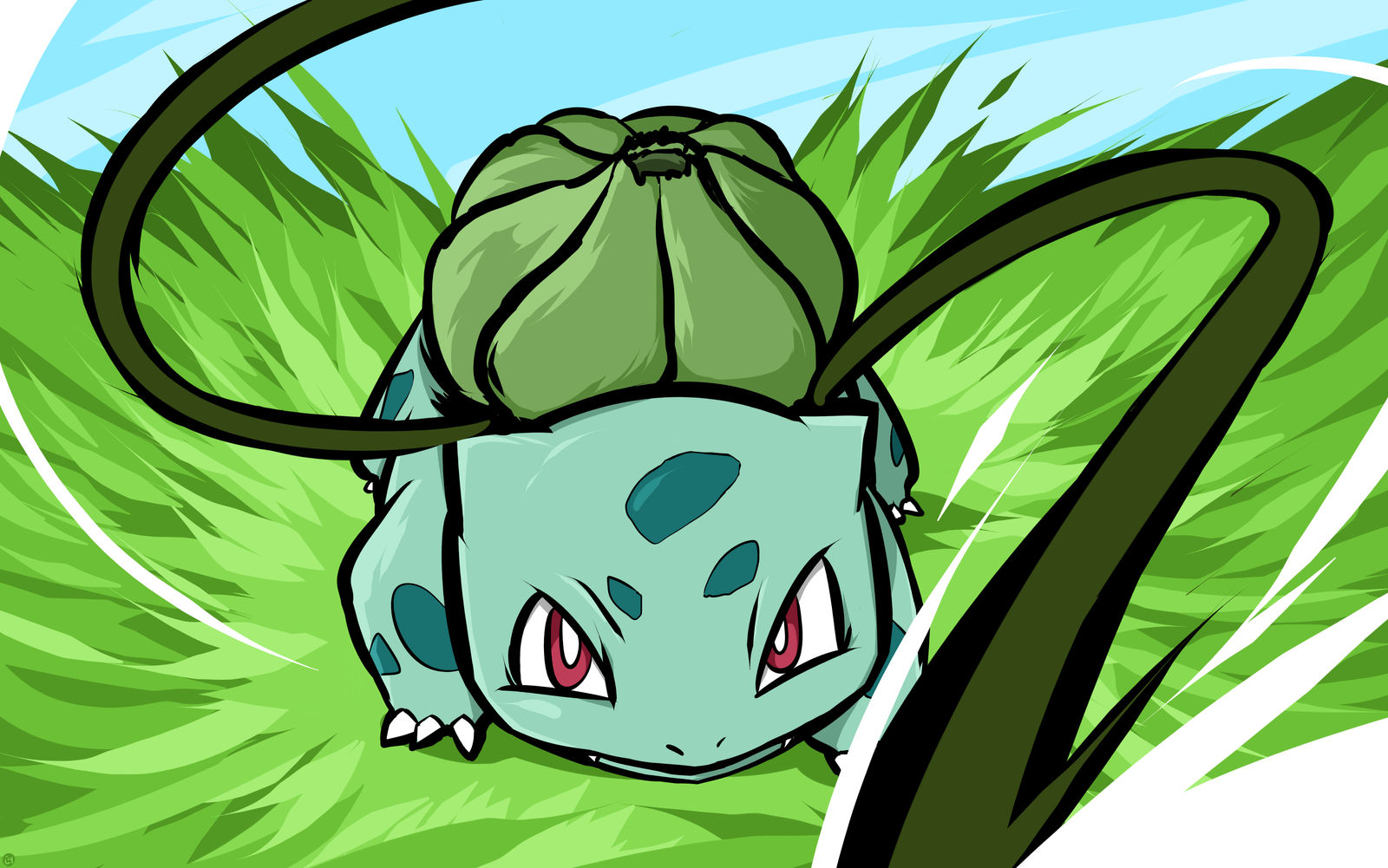 My name is RJ and in 1996 I chose Bulbasaur as my starting Pokemon in Pokemon Red.

If that sounds less like a matter-of-fact statement and more like a confession, that’s because it kind of is.

Of all my Pokemon playing friends, I didn’t know anyone else who chose Bulbasaur and even on the offhand chance that they did, I wouldn’t have known — not with the more popular Charmander and Squirtle starters hogging the spotlight; before the days you could find a specialized subreddit for any conceivable facet of life (shout out r/bulbasaurmasterrace) or even the option to commiserate with like-minded individuals on GameFAQS message boards, the circumstances made 12-year-old me feel even more like a Pokepariah. (On the other hand, it’s nice that the internet wasn’t around to expose me to the plethora of memes which mocked Bulbasaur as well.)

I’ve had over 20 years to deal with the life-altering decision, but I’d be lying if I said there weren’t times back then when it bothered me. I can still hear the giddiness in the cracking, prepubescent voices of the other kids as they smugly extolled the final evolutions of their Charmanders and Squirtles; how they’d reared a little lizard with a ball of flame on its tail into a full-on, fire-breathing, orange dragon. Or molded a little baby turtle into a blue behemoth with pressurized water cannons jacking out from its unyielding shell.

“Why’d you pick Bulbasaur?” they’d ask with an air of unmerited arrogance. “Nobody picks Bulbasaur.”

Well, apparently someone did. 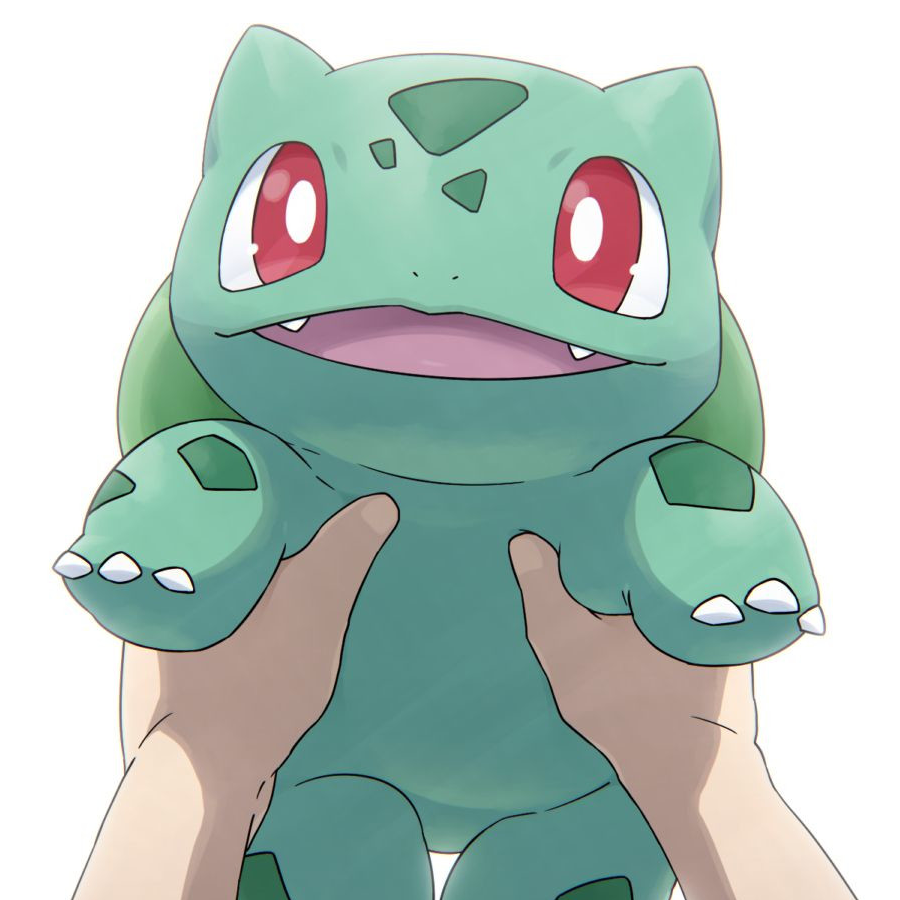 How I imagined choosing Bulbasaur in Pokemon Red

And that someone would’ve never imagined the grass could seem greener on the other side of the PokeFence when he’d selected the Grass-type starting Pokemon from that swindler, Professor Oak. I should’ve known Professor Oak would’ve given the better Pokemon to his own freaking grandson over his rival. Kantonian nepotism at its finest. That’s what I thought at the time, at least.

Despite the seeming irregularity of and stigma attached to picking Bulbasaur however, there were reasons I decided to go with it. And I’m glad I did.

First, I already knew what Charmander and Squirtle’s final evolutions looked like thanks to their images being plastered on the covers of Pokemon Red and Blue respectively. Bulbasaur was the wild card (again, remember this was before the days where you could so easily spoil yourself of information like this on the internet in 15 seconds flat) and the mystery surrounding what it would evolve into had me intrigued.

Third, by choosing Bulbasaur I felt not only like I was taking a dino frog thing under my wing but also like a Kantonian gardener cultivating a seed into a full grown flower. What better way to better connect with nature and ease ecoanxiety than seeing what that little plant bulb fused to Bulbasaur’s back fully bloomed into?

Fourth, from a strategic/in-game progression standpoint, Bulbasaur ended up being a great choice (some might argue, “easy mode”); it had the easiest Pokemon Gym trainer matchups from the get-go and arguably the most type-advantages over gym trainers overall, including the final boss. Bulbasaur’s Vine Whip made short work of Brock’s Geodude and Onix in Pewter City and had an equally facile effort with Misty’s Staryu and Starmie in Cerulean City, matchups which made my friends’ Charmanders and Charmeleons look useless by comparison. Bulbasaur’s Grass-typing also made it resistant to the Electric attacks of the game’s third gym in Vermilion City — a gym which proved highly dangerous for Squirtles and Wartortles.

When it came to end game movesets, Venusaur had the most versatile one. It had access to Sleep Powder, a move which was particularly devastating in Gen. I, as it had a 75% chance to put the opposing Pokemon to sleep for 1-7 turns (this would be changed from a maximum of 5 turns and then 3 turns in subsequent Pokemon generations) and wouldn’t be reset when the affected Pokemon switched out (this would also be changed in later games). Venusaur could also abuse the combination of Leech Seed and Toxic, the latter of which would glitch out the damage of the former and cause it to drain increasing amounts of damage each turn (while simultaneously healing Venusaur), which you can see in action below.

So, sure, maybe the fact that I chose Bulbasaur as my starting Pokemon in Pokemon Red over a Charmander or Squirtle back in the day was the adult equivalent of choosing a Honda Civic over a sexier Ferrari or a Corvette. But you know what? A Honda Civic is reliable, inexpensive and great on gas mileage. That doesn’t really relate to Bulbasaur in any way, but you get where I was going with that analogy, right?

In conclusion, yeah, I chose Bulbasaur as my starting Pokemon (there were dozens of us, I’m sure). And although I have nothing against Charmander and Squirtle, if I could go back in time — I’d choose Bulbasaur all over again.

Were you one of the OG Pokemon players who chose Bulbasaur as their starting Pokemon? If not, which starting Pokemon did you choose and why? Let us know in the comments.