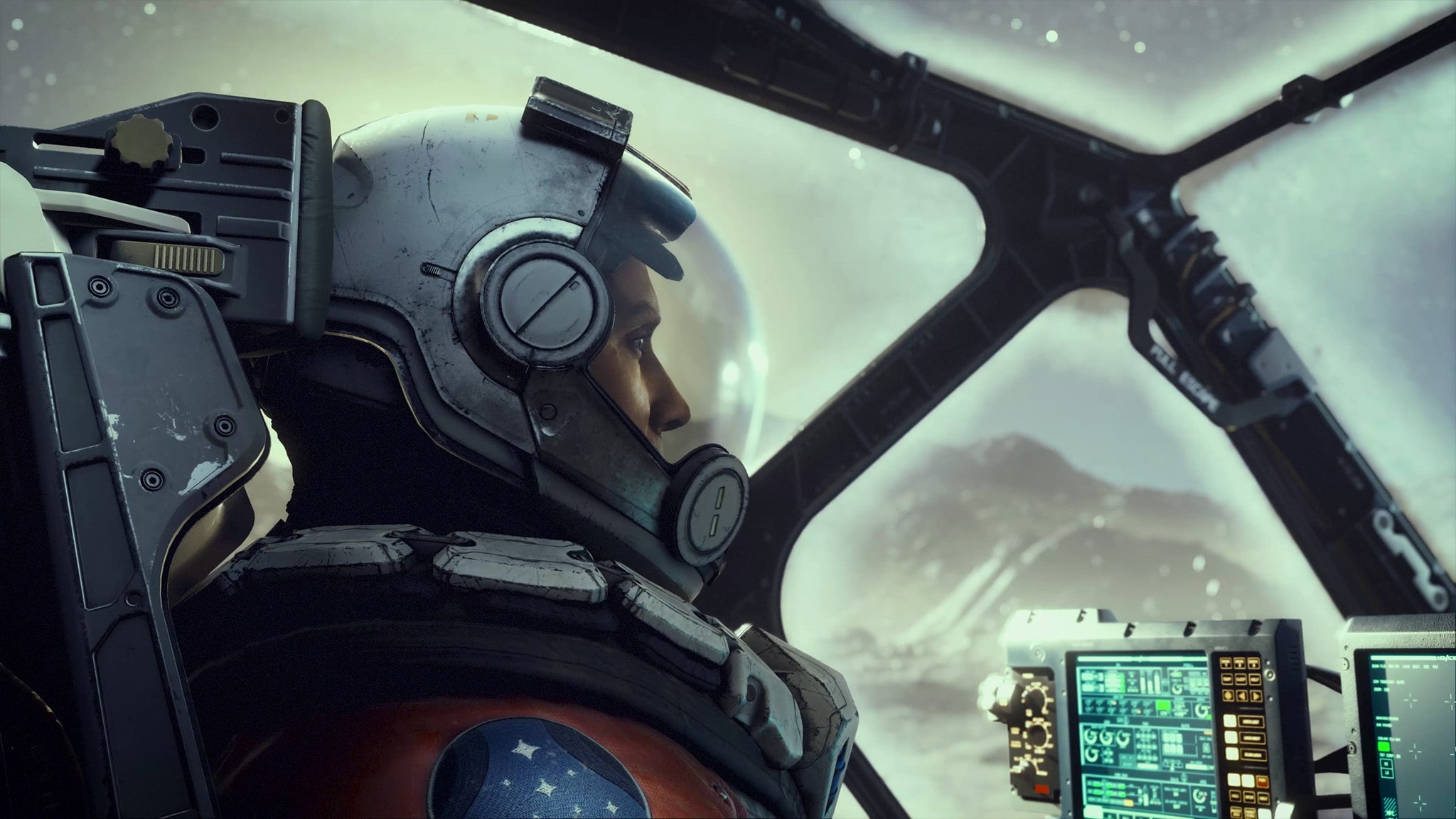 Starfield, the highly-anticipated sci-fi RPG from Bethesda, the creators of Elder Scrolls V: Skyrim and Fallout 4 made a big impact at the Xbox and Bethesda Showcase at E3 2021. The teaser trailer not only gave us our first glimpse at the Xbox and PC exclusive game since its announcement at 2019’s E3, but also declared that everything seen within was created with the in-game engine, the all-new Creation Engine 2.

The information was reaffirmed by Starfield‘s Senior Lighting Artist, Keith Beltramini, in a photo gallery posted on his ArtStation page.

“I created the lighting for the 2021 teaser trailer of Starfield,” Beltraimini said. “Using our own Creation Engine 2, we created this entirely in game without any cinematic tools. Working closely with director, Istvan Pely, I assisted in art direction for anything lighting and mood related.”

In terms of what the game will be like, Bethesda described Starfield as a game where you will be able to create “any character you want” and “explore with unparalleled freedom.”

“Starfield is the first new universe in 25 years from Bethesda Game Studios,” Bethesda said after the Starfield teaser trailer reveal at E3 2021. “In this next generation role-playing game set amongst the stars, create any character you want and explore with unparalleled freedom. Harnessing the power of next-gen technology and built on the all-new Creation Engine 2, Starfield takes you on a journey through space as you strive to answer humanity’s greatest mystery.”

“The game is set about 300 plus years in our own future,” Howard said, speaking to Telegraph. “And Constellation is this kind of last group of space explorers. It’s like NASA meets Indiana Jones meets the League of Extraordinary Gentlemen, a group of people that are still searching for answers.”

He added, There are a lot of factions in the game but that’s the main one that you’ll become a part of. It’s kind of like Skyrim in terms of the structure of the game, where you’re going to be who you want to be, and then there’s different factions that you can join, and really carve your own path.”

Starfield is set to release on November 11th, 2022 on PC and exclusively on the Xbox Series X|S console (on release day for Game Pass subscribers).