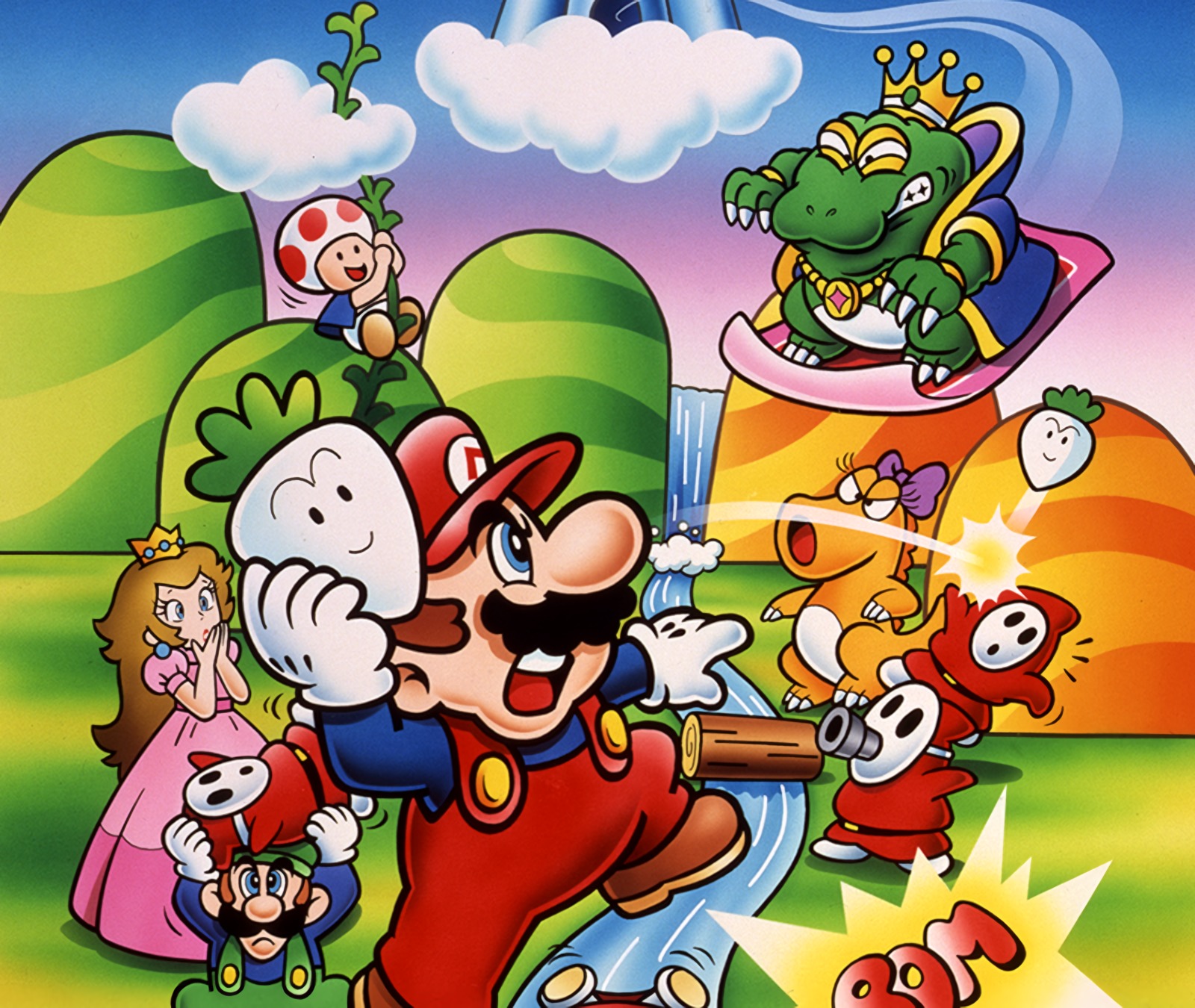 To put it bluntly, Super Mario Bros. 2 was much, much different from the original.

The first few seconds of the game alone were ample proof of that: Mario free-falling from a mysterious red door floating in the middle of the sky into an exotic world the likes of which he’d never before seen. Gone were time limits and Goal Poles. Gone were the Mushroom Kingdom’s brick strongholds and coin blocks. Gone were Goombas, the Koopa Troopas, and even Bowser himself. Instead, Mario and his teammates were beleaguered by Bob-Ombs, Birdos, Shyguys and… Wart? 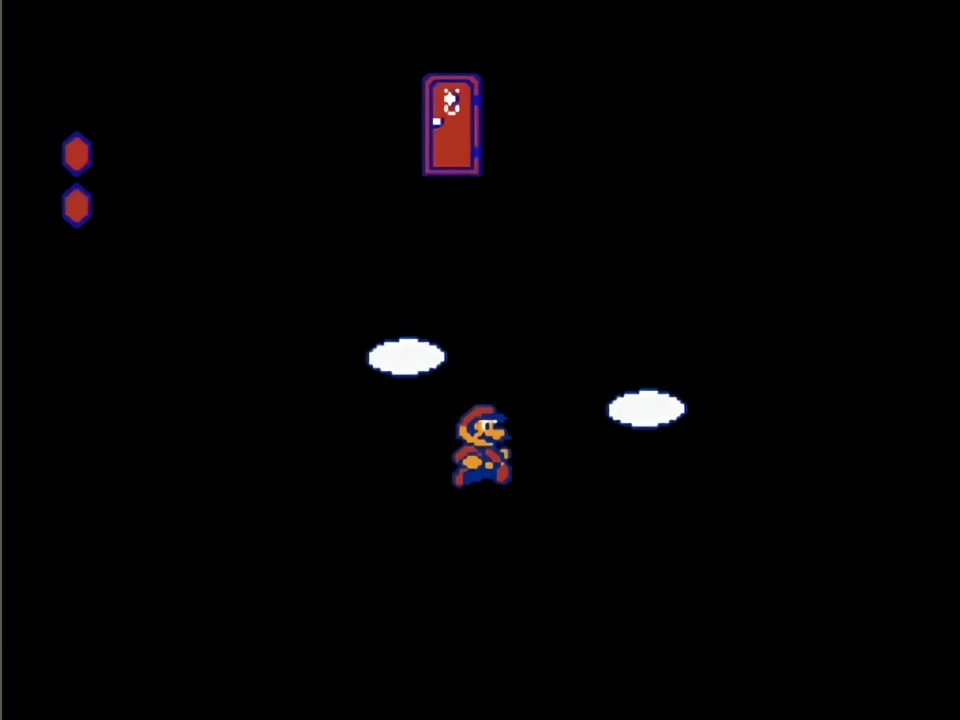 Although still a 2D platformer, Mario and crew (players could now select from three other characters besides the mustachioed main protagonist) no longer defeated enemies by stomping on their heads but by uprooting items — various vegetables from the grass; giant mushroom blocks; even the enemies themselves — and hurling them.

If this seemed an odd departure from the Super Mario Bros. that everyone in North America knew and loved, that’s because it was. In fact, Super Mario Bros. 2 was reskinned from a different game entirely. A Japanese game called Yume Kōjō: Doki Doki Panic.

Hold up. Why would Nintendo of America retrofit Mario and crew into such a disparate game when its predecessor had single-handedly revitalized the video game industry (and would go on to become one of the most highly-regarded and best-selling video games of all time)?

A few reasons, which in retrospect, were legitimate ones. NOA thought the Japanese version of Super Mario Bros. 2 (released five years later in the States as the Lost Levels) would have been too similar and too frustrating for Western audiences — and most importantly, not enough fun. 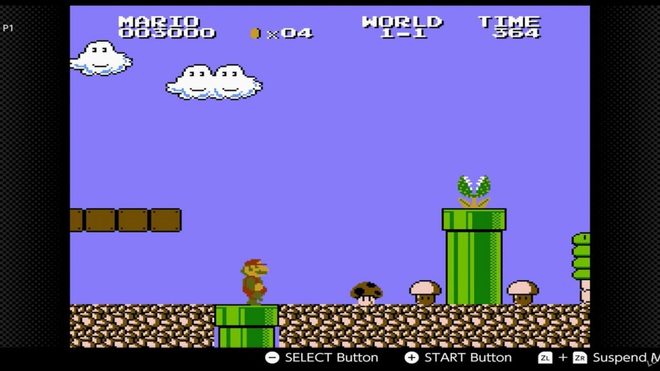 Super Mario Bros. 2 in Japan, later known as the Lost Levels in the States

I’ll delve more into what The Lost Levels was like in a future article, but essentially the game was a continuation of the original with no new enemies, no new characters and an unreasonably amplified difficulty level.

RELATED:  No Stupid Questions: What is the Final Fantasy VII Remake?

“Few games were more stymieing,” Howard Phillips, a video game consultant for Nintendo of America around the time of Super Mario Bros. 2’s release said. “Not having fun is bad when you’re a company selling fun.”

So what was so fun about Doki Doki Panic that made Nintendo of America want to repurpose it? A colorful, immersive world? An uplifting and enriching soundtrack from legendary composer Koji Kondo (who composed Super Mario Bros.’ soundtrack as well)? Of course. But largely, a distinctive and lively cast of characters. And I’m not talking about just Mario and crew. 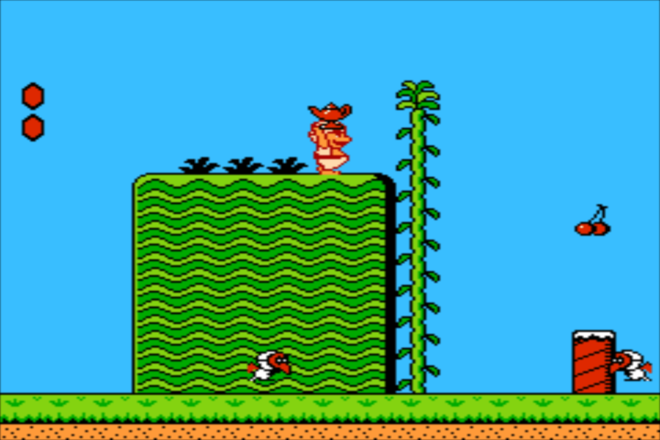 First, let’s take a look at what Doki Doki Panic was about and who Mario ended up replacing.

Doki Doki Panic was a successfully selling title released for the Famicom, the Japanese version of the NES in July 1987. Developed by Nintendo in cohesion with Fuji Television, the game’s title roughly translated in English to Dream Factory: Heart-Pounding Panic, doki doki being Japanese onomatopoeia for “rapidly beating heart.”

The “dream factory” resided in Muu, the Arabian-themed storybook land where Doki Doki Panic took place. The weather in Muu was directly related to its inhabitants’ dreams. Good dreams equaled good weather, so the people of Muu devised a “dream machine” to ensure their dreams stayed favorable. Of course, good things don’t last forever. An evil toad named Mamu (changed to Wart in Super Mario Bros. 2) came along, sabotaged the dream machine, turned it into (what else?) a nightmare machine and unleashed a slew of monsters unto the land. That’s pretty much where DDP’s four protagonists come in.

RELATED:  Super Mario RPG: How Luigi's wish made me a better person

From right to left:

Imajin, the most balanced character, would go on to become Mario. To this day, whenever Mario is a selection in a game among other characters, he boasts overall average stats without any glaring strengths or weaknesses.

Mama, Imajin’s mother, garbed in a long blue dress and a pointed, hooded cowl is the highest jumper in the family. She metamorphosed into Luigi.

Squatly-built Papa, Imajin’s father, is the strongest of the group but the least efficient jumper. He would be replaced by Toad.

Lina, later reskinned into Princess Toadstool, is Imajin’s sister. She wears a pink, veiled hat and outfit and can briefly hover in the air after jumping.

It was all a dream… 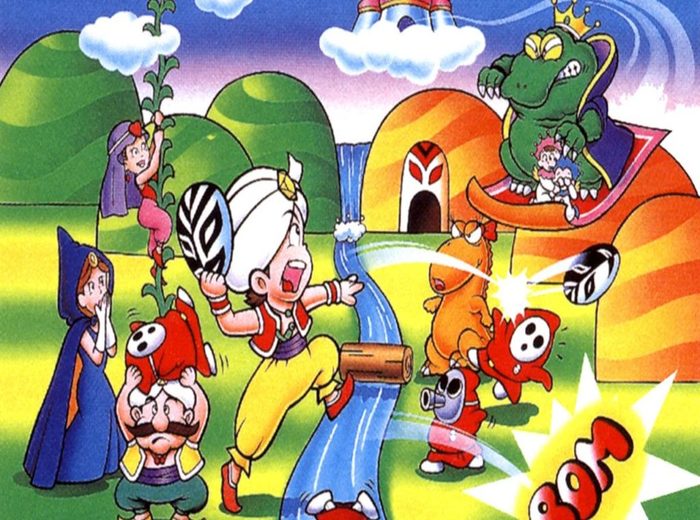 Imajin and his family may have been replaced by Mario and friends, but the dream/storybook elements and the dreamworld itself remained nearly untouched.

Per the SMB2 instruction booklet:

One night, Mario had a strange dream. He found himself climbing a long staircase leading up to a mysterious door. Opening the door, Mario’s eyes fell upon an incredible world unlike anything he’d ever seen.

A quiet voice spoke to Mario, saying, “Welcome to Subcon, the land of dreams. Our once-beautiful world now suffers at the hands of the evil Wart. Please help us! Only you can free us from his tyranny. Oh, and remember one thing: Wart hates vegetables.”

As incongruous as the world of Muu seemed to a couple of plumbers from the Mushroom Kingdom, preserving Doki Doki Panic’s dream narrative ended up being a win-win; the visuals and ambiance of Muu did not have to be altered excluding some of the in-game items (I’ll go into more detail on those later).

And what better way to explain Mario and crew’s sudden displacement into a world drastically different from the Mushroom Kingdom, facing down enemies who they’d never seen before than a dream?

Up next: The extraordinary villains of Super Mario Bros. 2.