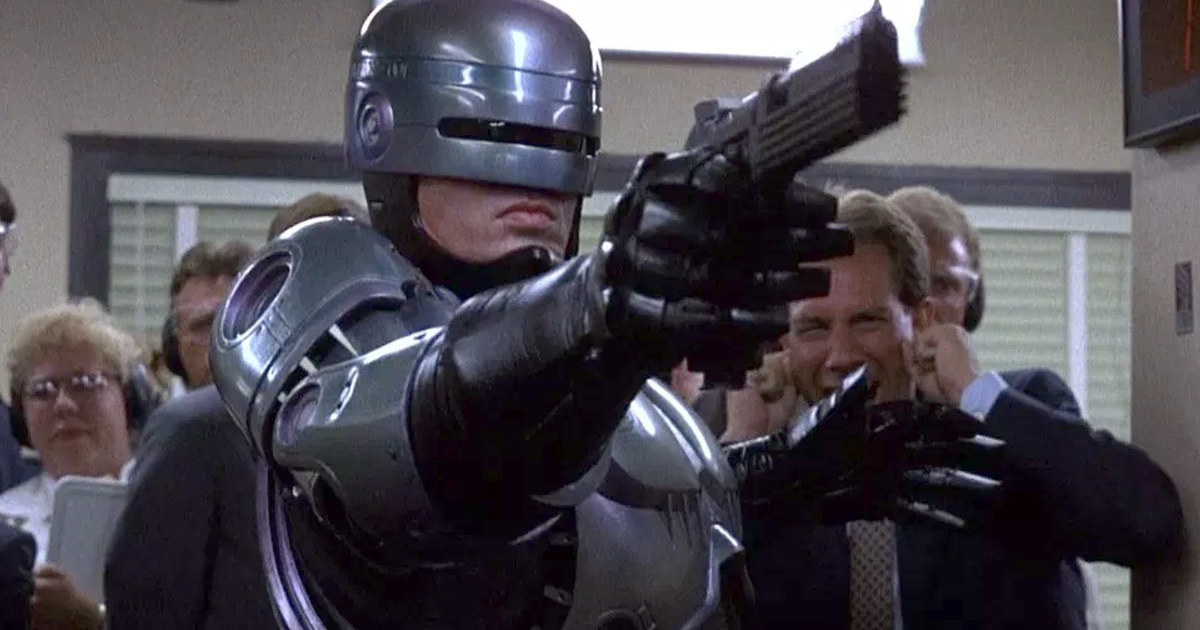 Can you believe that in the year 2023, five years before the iconic, original Robocop movie (1987) takes place, we’re getting a brand-new game for the PS5, Xbox and PC platforms? Robocop: Rogue City is a first-person-shooter in development from Teyon Studios, the same studio behind another iconic ’80s property — the recent (and surprisingly decent) Terminator: Resistance game, which will put players in the cybernetically enhanced metal soles of Alex Murphy AKA Robocop in an “attempt to bring justice to the dangerous, crime-ridden streets of Old Detroit.”

The full description of the game, via Steam:

Become the iconic part man, part machine, all cop hero as you attempt to bring justice to the dangerous, crime-ridden streets of Old Detroit. Armed with your trusty Auto-9, factory-built strength, years of experience on the force and a variety of tools at your disposal, you will fight forces seeking to destroy the city you call home in an all new first-person, explosive hunt for the truth. You have the power to decide how to fulfil prime directives in your own way, but as the story unfolds proceed with caution because corruption and greed know no limits.

Although not much was revealed by the Robocop: Rogue City teaser trailer, the potential for a first-person shooter set in the grim, futuristic, crime-ridden world of Robocop has intriguing potential. We’re certainly interested to see if Polish developer Teyon can build upon the potential they showed with their Terminator: Resistance game and apply that to Robocop: Rogue City, which will release for the Xbox Series X|S, Playstation 5 and PC platform sometime in 2023.

Are you looking forward to taking on the role of OCP’s finest in Robocop: Rogue City? Will ED-209 make an appearance as an enemy? Or Clarence Boddicker and his goons? Let us know what you think in the comments.