Glen Schofield, former co-director and developer on a number of Call of Duty titles, has a message for gamers who think the Call of Duty series is in the vein of Madden or FIFA in that its content is recycled year after year with a little fluff added here and there to make it seem shiny and new:

“People nowadays [think] a Call of Duty is…you know, just put it through the grinder and another one will come out,” Schofield, the former Sledgehammer Games co-founder, and co-director on Call of Duty installments Modern Warfare 3, Advanced Warfare and WWII during his tenure at Activision, said in an interview with UK publication Edge Magazine. “They don’t realize how much work goes into making a Call of Duty game. There’s just a ton of research.”

Schofield went on to explain what sort of research that entailed, including working with experts, studying pertinent historical material for years at a time, firing weapons and even visiting the actual physical locales of the areas which were built into the games.

“You’re working with experts—I studied World War II for three years. I worked with historians. I spent eight days in a van in Europe going to all the places that were going to be in the game. I shot different old weapons. All of these things that you have to do when you’re working on a Call of Duty game.”

The process behind researching and developing Advanced Warfare was no less rigorous, as Schofield affirms he worked alongside actual Special Forces members to accurately ascertain their modus operandi.

“And, you know, to become an expert – we worked with Navy SEALS and Delta Force people to learn [their] tactics and techniques and get them into the game, right? You had to learn about the Special Forces from different countries like England and France and Spain and Italy and all that, because they were all in the game,” Schofield added. “So, a lot of learning, constantly reading, constantly watching videos and constantly working with experts.”

Schofield, also known for his work as creator and producer of the Dead Space series, is currently developing a horror survival game set in the PUBG universe called The Callisto Protocol under his new gaming development company, Striking Distance Studios.

Are you surprised at how much work goes into a Call of Duty game? Fire off in the comments.

In this article:call of duty, Featured 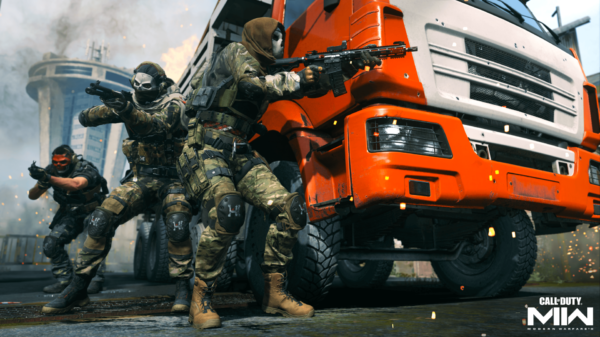