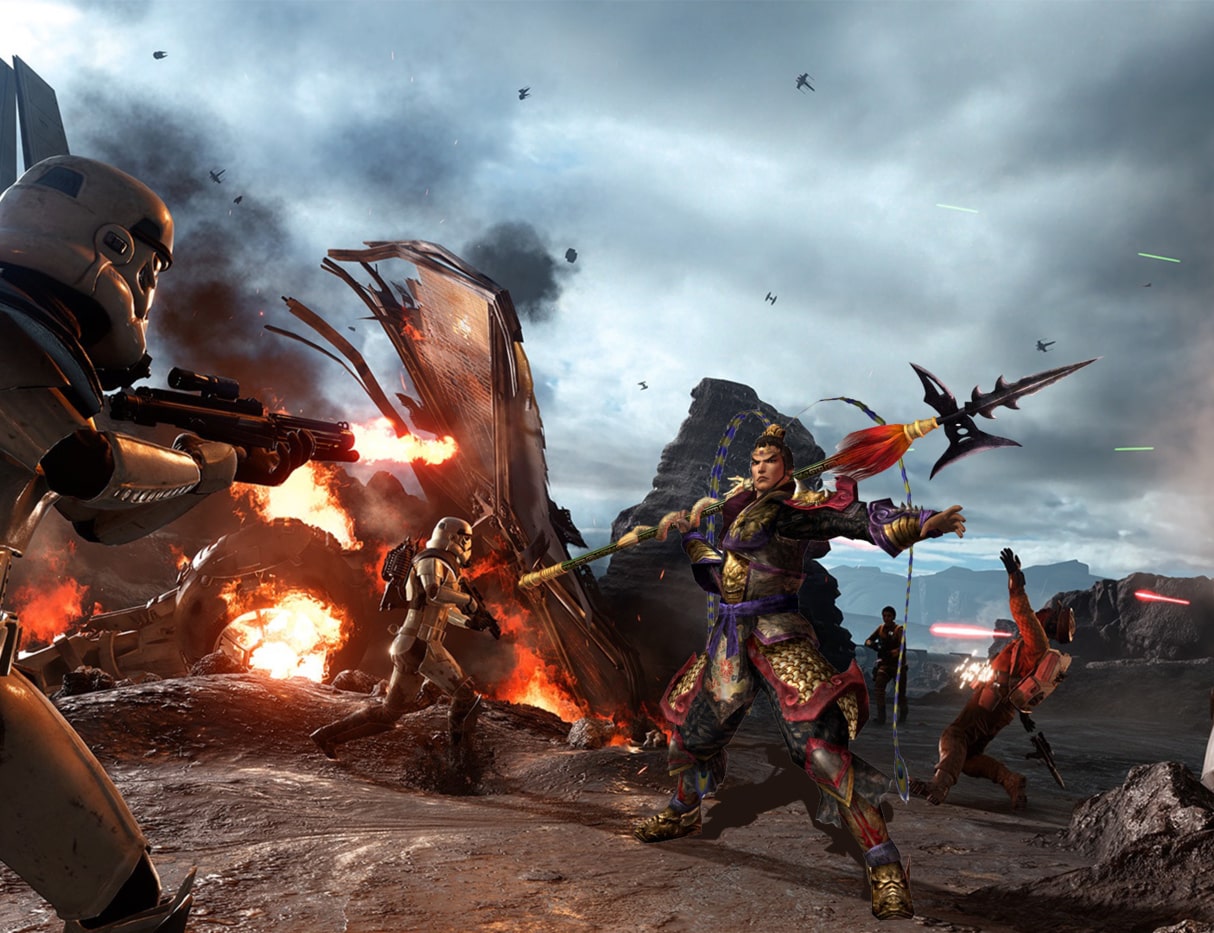 Dynasty Warriors producer Akihiro Suzuki has expressed his interest in making a Star Wars hack ‘n slash game in the vein of his long running, successful series with Koei and Omega Force.

When asked about his thoughts on how Dynasty Warriors has inspired a whole new genre of hack ‘n slash games, also called the “Musou” genre, with such popular titles as Zelda, Dragon Quest, One Piece and Persona drawing said inspiration, and which series might work best as a Musou game, Suzuki said, “Within the dev team, a lot of different IP and works have been brought up,” in an interview with German publication JP Games. “This is solely my own opinion, but my own personal wish would be for a Star Wars crossover.”

This sentiment was echoed by Koei Tecmo producer Hisashi Koinuma in Dengeki PlayStation’s 600th issue Q&A session back in October 2015. When Koinuma was asked which series would work best as a Dynasty Warriors-esque Musou, he simply replied, “Star Wars.”

Suzuki later touched upon the character editor capabilities in the upcoming Dynasty Warriors 9 Empires game and how it should be the most expansive character creation system within Dynasty Warriors yet, drawing influence from the success of Team Ninja-developed action RPG Nioh 2. “We based it on the well-received Nioh 2 character creation system, and now players can make even more detailed edits to the face, hair, facial hair etc. than in previous games. For clothing, similar to previous games individual armour can be set for the head, chest, arms, waist and legs, and we’ve added an option to layer clothing so that clothing under the armour can be set separately between top and bottom.”

RELATED:  Ghost of Tsushima was the most impressive game of 2020, says Final Fantasy XVI producer

Suzuki also revealed some of his ambitions for the future of the Dynasty Warriors series, as well as the possibility for online play. “I’d like to be able to increase the sense of immersion into the battlefield through more realistic depictions,” he added, “especially through the visual representation and the individual movement (AI) of every single soldier. Also, if we can have multiple people playing simultaneously online, that would be really fun.”

Do you think the Dynasty Warriors would make a killer Star Wars hack ‘n slash game? Sound off in the comments.

In this article:dynasty warriors, Featured