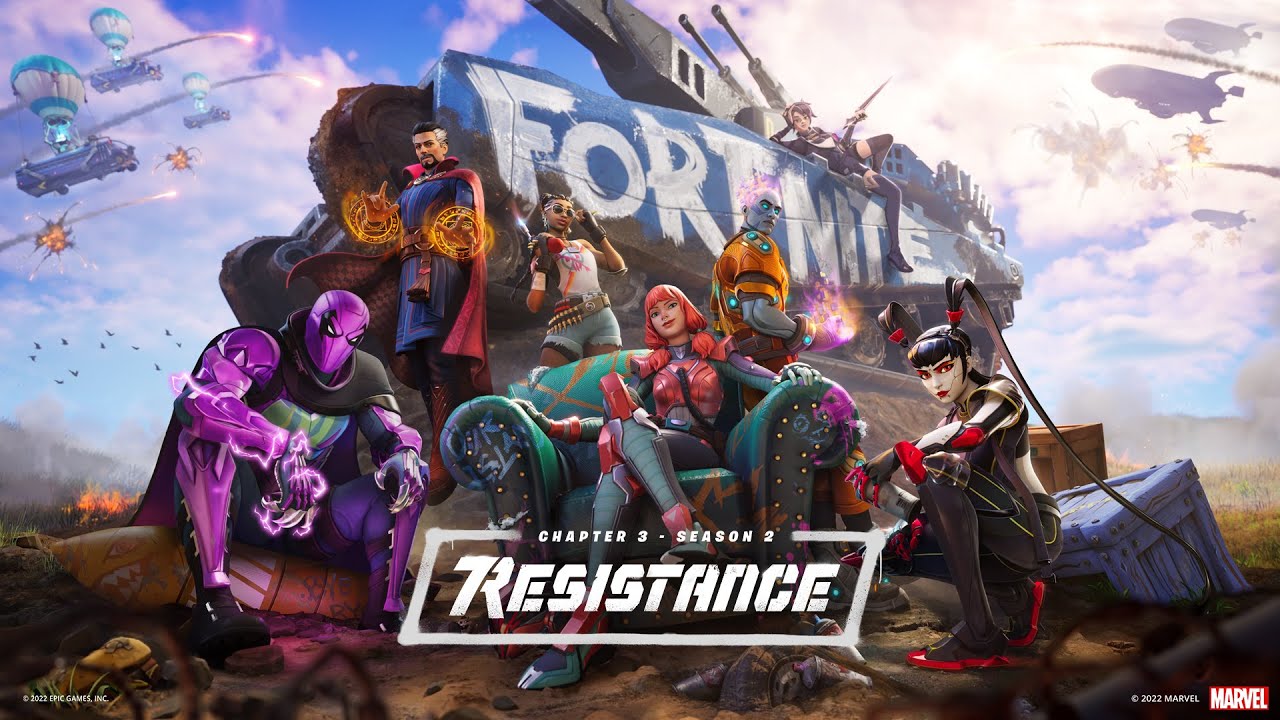 Fortnite Chapter 3, Season 2 went live yesterday on March 20th and as is custom when a new season drops, the Fortnite Battle Royale meta has been shaken up like whoa. This season introduces what might be the craziest and most divisive decision to ever grace (or disgrace, if you’re a sweat) the game, some slick new skins, menacing IO airships, tanks, fast sprinting and parkour, and plenty of other new additions. Here are my Fortnite Chapter 3, Season 2 first impressions.

That’s right, the craziest and most divisive decision to ever hit Fortnite has actually happened: Epic took away building in Fortnite Season 3, Chapter 2: Resistance. Can’t you just taste the deluge of sweaty, sweaty tears?

In all seriousness, this game is called FORTnite for a reason – which means no, no building won’t be a permanent decision (spoiler alert: rumor has it that dataminers have pegged the absence of building in Battle Royale to be in effect for roughly 9-10 days). Notwithstanding, I wouldn’t be surprised if Epic keeps a building-free mode around in permanent fashion (likely in a different game mode a la Team Rumble) after Season 3, Chapter 2 reaches its conclusion. 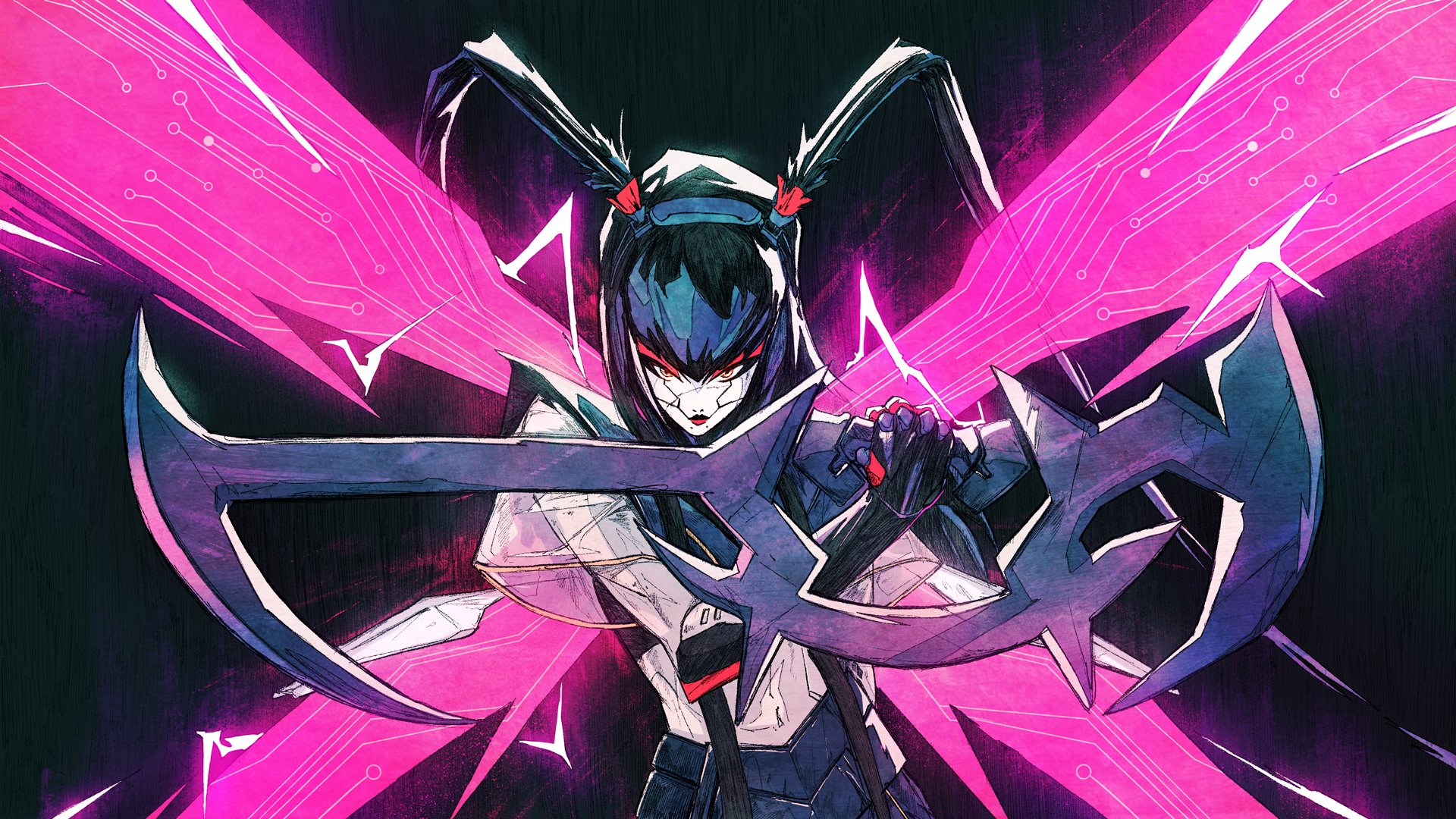 As of this writing I’ve tested out Tsuki 2.0, a beautifully designed skin with animations that are graceful and deadly, befitting of her stature as Kata Tech’s latest robot assassin design. Despite being slender and balletic in her movements (her model looks to be based off the Ariana Grande one), the trade-off in my experience is her bone-white exoskeleton and elongated pigtails almost assuredly making me more visible to enemies (although I did pull in a Victory Royale dub with her during my first Solo drop) – nevertheless, she’s too cool not to rock in-game. She’s also beautiful in an unnerving way; facing her as an opponent is like battling some conflation of Aeon Flux, the T-X Terminator from Terminator 3: Rise of the Machines and a spider-monkey, on account of how wire-thin and quick she looks hopping around on your screen.

Tsuki 2.0’s Kata-Pack back bling is a simple but befitting attachment but where it really shines is how her back bling transitions into her Kata Tech Burstwing glider; when she goes into glide mode, jagged, red laser energy emanates from all four hatches on opposing ends, which gives off definite Phantasy Star Online and Evangelion vibes. The Kata Tech Burstwing glider also matches Tsuki’s signature pickaxe, a brand-new legendary called the Omni-Sword which can be modified in myriad ways such as single-bladed, double-bladed, differing blades on each end; a slew of different colors; and even the way it sounds when you swing it — all through unique quests that see you gathering Omni-Chips. Overall, I’m very impressed with the overall aesthetic and continuity in Tsuki 2.0’s design.

Tsuki 2.0’s description is fun as well, especially for fans of her predecessor, the original Tsuki skin: “Kata Tech’s latest weapon, sent to hunt down a broken prototype.” Does that make Tsuki 2.0 the T-1000 to Tsuki’s Arnold T-800?

As far as the other skins go, as a comic book fan I’m really looking forward to unlocking the Prowler skin; his color scheme, costume design and agile, acrobatic animations look straight fire.

This is the third expansion with Marvel characters as the Level 100 tier unlock, with Doctor Strange being Fortnite Chapter 3, Season 2’s final character; it’ll be a little, ahem, strange seeing the MCU’s Sorcerer Supreme gripping sub-machine guns and drum shotguns, but it’s not much weirder than seeing any other character that has had no business packing heat in the past.

Klombos, Fortnite‘s lovable, blowhole-touting, Klomberry-inhaling dinosaurs are gone in Fortnite Chapter 3, Season 2. But where did they go? Does the IO have something to do with their disappearance? Have they been relocated to some safe haven off the island; some giant dinosaur ranch where they have all the Klomberries they want/need to graze on? Why, Epic? Why would you make a team of designers and coders put such a unique, beloved creature into the game for only one season?

Tanks are not to be trifled with

As you can imagine, especially with everyone running around on foot and without builds to protect themselves in Fortnite Chapter 3, Season 2, tanks are a definite problem. Whether they’re as OP as the B.R.U.T.E mechs from Patch 10.00 remains to be seen, but they definitely can grant the upper hand in battle as they can bulldoze all obstacles, buildings and players in its way while also being equipped with a thermal scanner and two cannons that can dish out devastating damage. 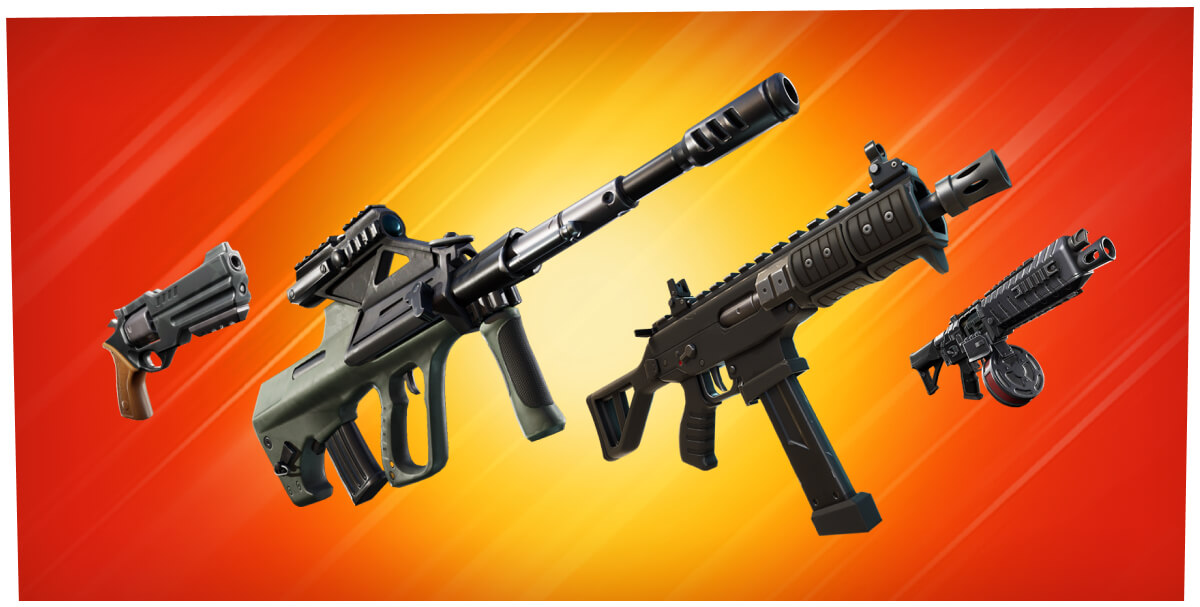 And if you guessed that tanks would be a problem in a Fortnite chapter without building, sub-machine guns are still likely to run just as if not more rampant this season. The SMG Stinger is still accessible to players this chapter and has been joined by the Combat SMG; the latter sprays a bit slower than the former but seems to deal out more DPS overall. Sub-machine guns were very (maybe too) useful last season, with people able to spray down builds and subsequently, their enemies, earning sub users the pejorative “Spray and Pray Timmy” by those on the receiving end. And until building comes back, they’re going to wreak havoc again.

RELATED:  CDPR to 'undertake vigorous action to defend itself' regarding Cyberpunk 2077 lawsuit

I’m having a lot of fun with the Striker Burst Rifle, which seems to be the replacement for last chapter’s MK for the meantime; it has a built-in scope and is only a two-shot semi-automatic, but it has laser precision and less recoil than the MK. I’m not sure if it deserves a nerf, but I could see players complaining about it in the coming weeks. 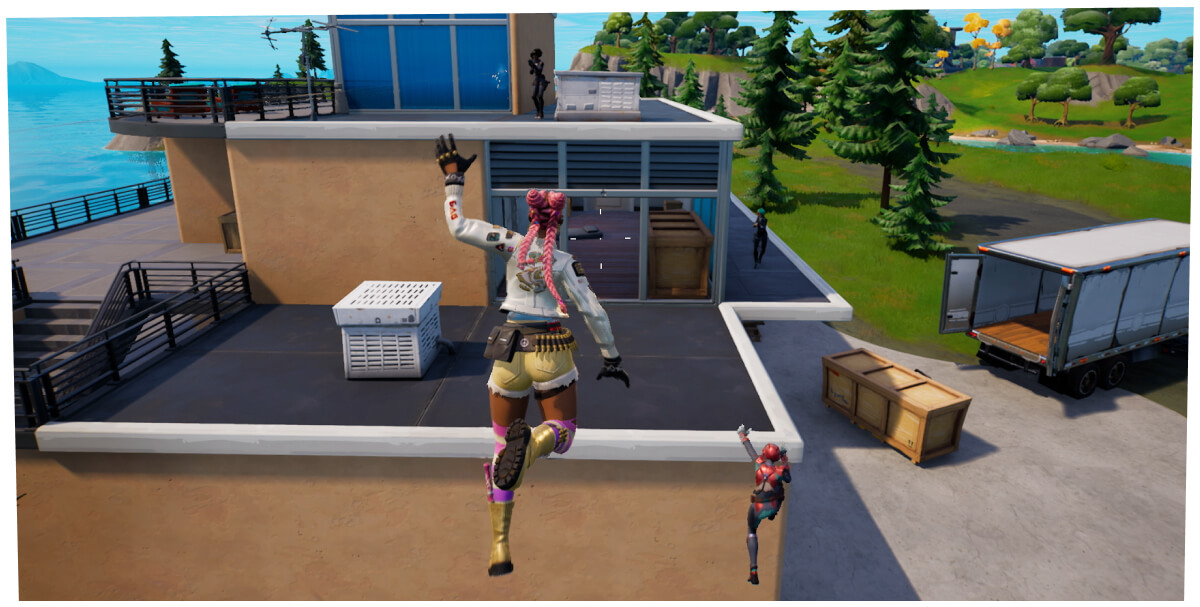 So what are Fortnite players supposed to do without building and Spider-Man web-slingers to get around? Fortnite Chapter 3, Season 2 has introduced faster sprinting and mantling. The faster sprinting can only be maintained for a short duration but looks and feels very smooth; it’ll be interesting to see how fortuitous mantling is compared to entry level building but it’s definitely a lot of fun charging around in Greasy Grove or Condo Canyon and parkouring from the street to the second-story of buildings.

Dating back to the days of Super Mario Bros. 3 and Bowser’s airships, airships have always been an impressive, bad-ass and daunting entity in video games. Fortnite Chapter 3, Season 2’s IO Airships are no different. They look menacing; they can be landed on from the Battle Bus drop or reached from various zip-lines; and are a very dangerous place to loot, as they’re crawling with IO guards, boss characters (I’ve run into Huntmaster Saber at Command Cavern’s IO Airship, who can teleport and Spin Slash and Doctor Slone in the other, who can duplicate herself) and of course, other players looking to open the same chests and cop the same weapons/items as yourself. Also be on the lookout for enemy players sniping you from up on the airships while you’re on the ground below this season.

What are your Fortnite Chapter 3, Season 2 first impressions? Are you already missing building or do you enjoy seeing the sweats sweat it out when you jump them? Have you been getting bullied and bulldozed by tanks? What do you think of the new Battle Pass skins? Sound off in the comments.

In this article:Featured, fortnite 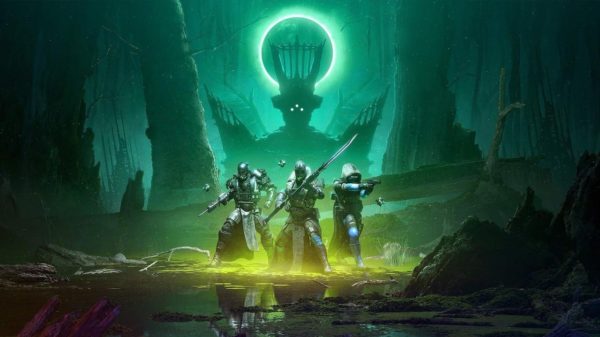 Bungie sues Destiny 2 streamer suspected of cheating, fraud and threats to ‘burn down’ their offices

Remember kids, cheaters never win and winners never cheat — especially if those cheaters are also accused of copyright infringement, fraud and harassment against...

Epic Games is celebrating Star Wars Day in 2022 in a big way: Fortnite Star Wars skins and lightsaber weapons are being unvaulted for...

While there certainly hasn’t been any shortage of collaborative Marvel skins in Fortnite as of late, it appears Dr. Strange and the Prowler won’t... 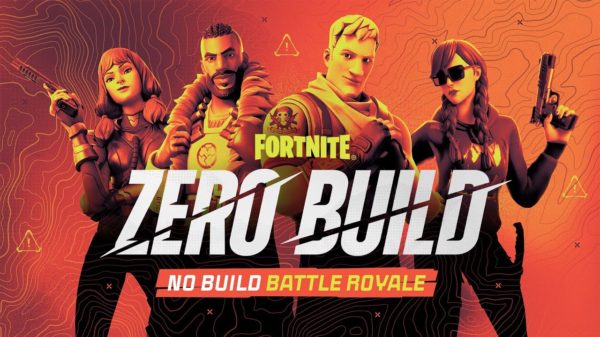 The datamines didn’t lie: Epic Games has officially added a no-building mode to Fortnite after removing building from the main battle royale modes at...