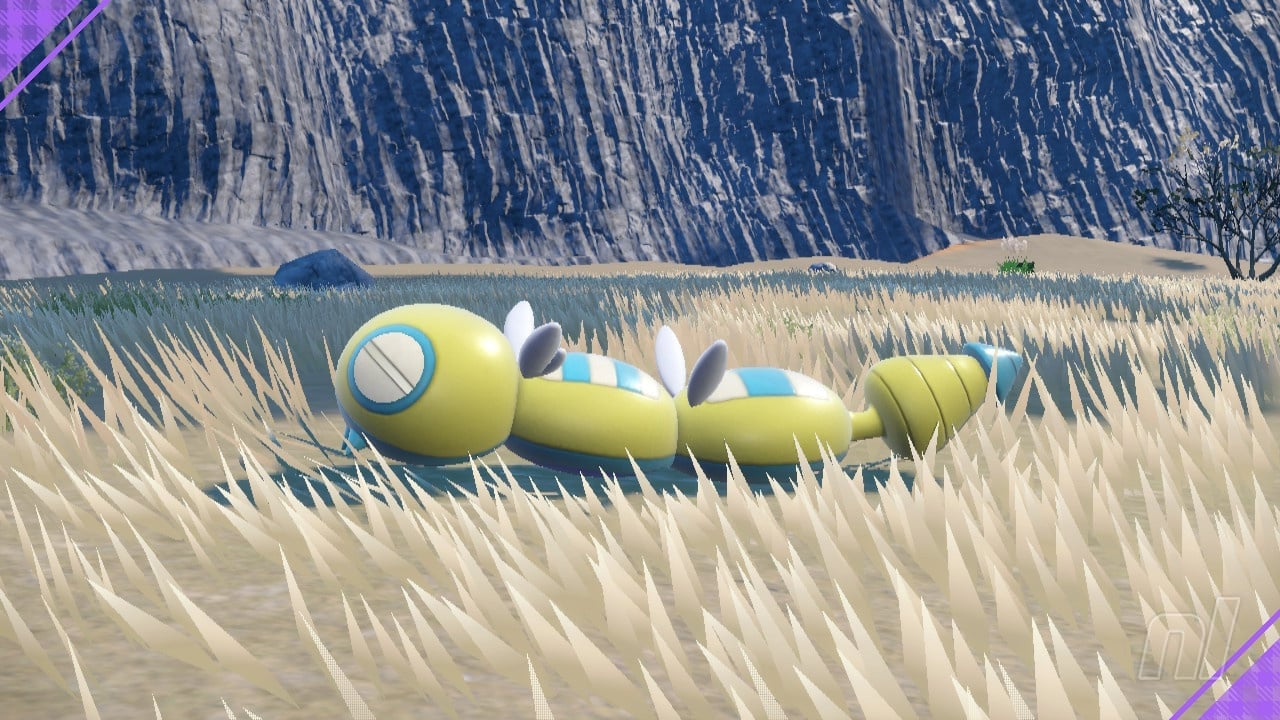 Dunsparce, the derpy, pudgy little bee-snake Pokemon who has been oft-neglected since it first arrived in Gen. 2 barring the occasional joke team or ParaFlinch obsessive squad, finally got an evolution. That’s right, Dudunsparce, Dunsparce’s evolution in Pokemon Scarlet and Violet is here twenty-three long years later and it’s kind of… how do I put this tactfully? Mundane? Humdrum? Garden variety?

Normally, using those adjectives to describe a Pokemon evolution would be scathing. But for a Dunsparce evolution? They’re absolutely perfect.

I can already hear complaints to the contrary: “Is that even an evolution?” or “It looks like those lazybones at Game Freak just slapped together an extra body segment, set of wings and chin prongs on a Dunsparce and called it a day” or “Why, after all these decades of waiting, couldn’t Dunsparce have gained some offbeat dual-typing or turned into some sort of grandiose Dragon?” But Dudunsparce’s ostensibly uninventive evolutionary design is… kind of the point. Not every seemingly run-of-the-mill Pokemon needs to undergo some miraculous metamorphosis like Magikarp, for instance. The story of Magikarp turning into Gyarados is based on a Japanese myth where a tenacious little fish turns into a dragon through its enduring willpower.

Dunsparce is not Magikarp. Dunsparce is based on the tsuchinoko – a chubby, little rattlesnake-like cryptid in Japanese legend. (Dunsparce’s name in Japanese, Nokocchi, is an anagram of tsuchinoko.)

The tsuchinoko is pretty simple as far as cryptids go; it’s just a funny-looking, chubby, little rattlesnake with a corpulent middle. However, such straightfowardness is very much in-character for Dunsparce and Dudunsparce, Pokemon who the developers have made deliberately dullish. The tsuchinoko has also become something of a meme in Japanese cryptozoology, a tongue-in-cheek “is it real?” case in the vein of Bigfoot — which only adds to the meme-like aura of Dunsparce and Dudunsparce.

So why are so many Pokemon fans upset that Dudunsparce, Dunsparce’s evolution turned out the way that it did?

> This Pokémon’s tiny wings have some scientists saying that Dunsparce used to fly through the sky in ancient times.

Such an entry does spur thoughts of a Dunsparce evolution whose wings have gotten an upgrade. Something along these lines:

Perhaps it’s because both Dunsparce subverted the common expectation in the Pokemon franchise that a Pokemon’s rarity is commensurate to its power and usefulness in competitive battling. Dunsparce was a very rare Pokemon when it first appeared in Pokemon Gold and Silver; it could only be found in the Dark Cave, a single-level cave in eastern Johto that wasn’t even a prerequisite for finishing the game. According to Bulbapedia, there is approximately a one percent chance to encounter Dunsparce in the Dark Cave. One percent. Surely, Game Freak wouldn’t include such a rare Pokemon in the game for it to be so middling, right? As it turns out, the answer was yes. And twenty-three years later, the answer is still pretty much the same.

RELATED:  Pokemon Legends: Arceus, the first ever open-world Pokemon game due in early 2022

It’s as if the developers said, “You wanted a Dunsparce evolution so bad, did you? Well, you can’t mess with perfection. Here’s Dudunsparce, kids – even more perfection rolled into one endearingly dumb body!”

The Pokemon Scarlet PokeDex entry for the two-segment form of Dudunsparce is:

> This Pokémon uses its hard tail to make its nest by boring holes into bedrock deep underground. The nest can reach lengths of over six miles.

The Pokemon Violet entry for the two-segment form:

> It drives enemies out of its nest by sucking in enough air to fill its long, narrow lungs, then releasing the air in an intense blast.

Compare that to the Pokemon Scarlet and Violet entries for the three-segment form.

Scarlet: The gentle Dudunsparce will put Pokémon that wander into its nest onto its back and carry them to the entrance.

Violet: A recent study uncovered that the number of segments a Dudunsparce’s body has is determined by the Pokémon’s genes.

Which brings me to my next point. Although it’s been fun to overemphasize or embellish Dunsparce’s overall inefficacy as one of its defining characteristics for the past twenty years, Dudunsparce actually has the potential to not be that terrible, even in the Gen. 9 competitive battling meta. Dudunsparce’s base stat total is a respectable 520 (with a bulky 125 base HP), which puts it in the same category as such Pokemon as Aegislash, Chandelure and Starmie. It has a 100% accurate, 100 BP STAB (same-type attack bonus) move in Hyper Drill, its signature move which ignores annoying stall moves such as Protect, Detect, Spiky Shield, King’s Shield, Mat Block and Baneful Bunker and busts through Crafty Shield, Quick Guard and Wide Guard in doubles battle format. Dudunsparce also still has Serene Grace as its ability, which means ParaFlinching is still on the menu, and potentially more effective than it ever was for Dunsparce. Dudunsparce can utilize its low Speed stat with Trick Room and fill out its moveset with Coil for stat boosting as well as Rock Slide for ParaFlinching fun.

Will it be a top tier Pokemon in competitive battling? No, it probably won’t. But it won’t be useless. And for Dudunsparce, Dunsparce’s evolution that many Pokemon fans have been eagerly awaiting for decades, that’s actually an accomplishment. And perfectly in line with the endearingly lackadaisical and mundane Dunsparce motif.

So what’s next for Dunsparce and Dudunsparce in the vast world of Pokemon? Arceus willing, in twenty years from now, maybe I’ll be writing about Dunsparce’s third evolution in Pokemon Amaranth and Pokemon Feldgrau — the vaunted Dududunsparce (the first two syllables of the four-segmented Pokemon’s name pronounced like the opening to Mozart’s 5th Symphony). Oh, and of course, there’ll be a one percent chance to cop a five-segmented Dududunsparce — but only if it’s evolved while knowing its signature “Flawless Drill” special move.

In this article:pokemon scarlet and violet 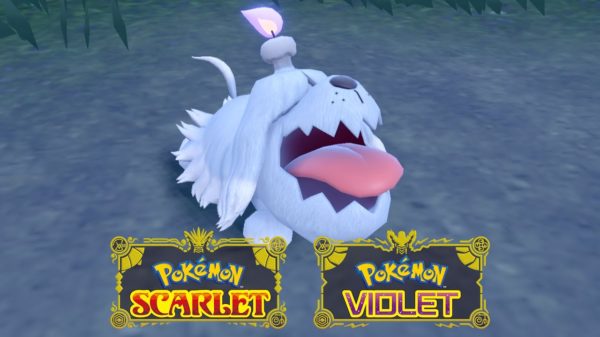 The Pokemon Company dropped a new trailer for Pokemon Scarlet and Violet on Tuesday, one with a found-footage, Blair Witch vibe that’s just in...