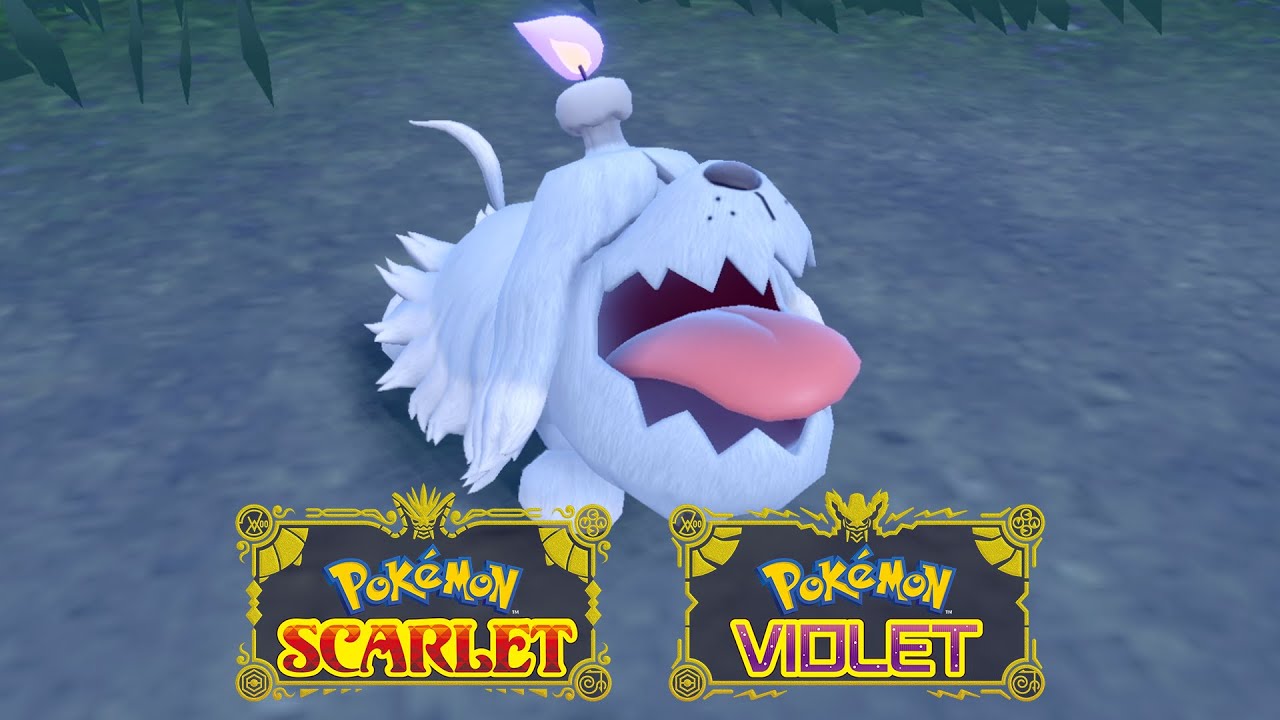 The Pokemon Company dropped a new trailer for Pokemon Scarlet and Violet on Tuesday, one with a found-footage, Blair Witch vibe that’s just in time for Halloween season which also reveals brand-new Pokemon: a Ghost-type dog Pokemon named Greavard.

The trailer centers around a trainer from the Naranja Academy’s (one of the oldest schools in Pokemon Scarlet and Violet‘s Paldea region) Ghost-type club venturing out into the Paldean wilderness searching for Ghost-type Pokemon. The trepidatious trainer first stumbles across a Mimikyu and then a Gengar before she comes across what seems to be a lit candle — it isn’t a wild Litwick however. It’s a brand-new Ghost-type dog named Greavard, a preternatural pup whose playfulness belies sinister ramifications.

Greavard looks like a bearded collie mixed with a skye terrier, with long hair covers its eyes, a lolling tongue and a cheerful disposition (along with a mean looking set of jaws), so we can’t blame the trainer for picking up a stick and playing fetch with the ethereal doggo. Of course, as soon as she does, she starts to remark on how glaringly tired she’s become. “Oof, am I really this out of shape?” the trainer asks herself as she picks up the stick for a second round of fetch. After her second toss, the trainer notes that searching for Ghost-type Pokemon, particularly Greavard, “really sucks the life out of you.” Before she can try for a third round of fetch, she passes out, the oblivious Greavard licking her as her eyelids grow heavy.

I say “oblivious” because The Pokemon Company’s official description of Greavard describes it as, “Greavard, the Ghost Dog Pokémon! Greavard is so affectionate that paying it any attention will make it so happy that it’ll follow you wherever you go. However, Greavard will slowly and inadvertently absorb the life-force of those around it.”

RELATED:  EA Star Wars games have made over $3 billion; 'new experiences' promised for the future

Greavard is so affectionate that paying it any attention will make it so happy that it'll follow you wherever you go. However, Greavard will slowly and inadvertently absorb the life-force of those around it.

The official Pokemon Scarlet and Violet website sheds some more light on the new Ghost-type, proving that its big jaws aren’t just for show. “It has powerful jaws that can shatter bones—a single bite from Greavard can be grievous!” the description reads.

The description also divulges more of the deal behind Greavard’s candle, stating, “Normally, Greavard barely moves, resting peacefully underground. It pokes the topmost part of its head above ground and lights an eerie glow at its tip, then waits for someone to approach. When a person draws near, Greavard jumps out of the ground while letting out a spooky cry that would startle most unsuspecting people. However, it doesn’t appear to do this with ill intent.” 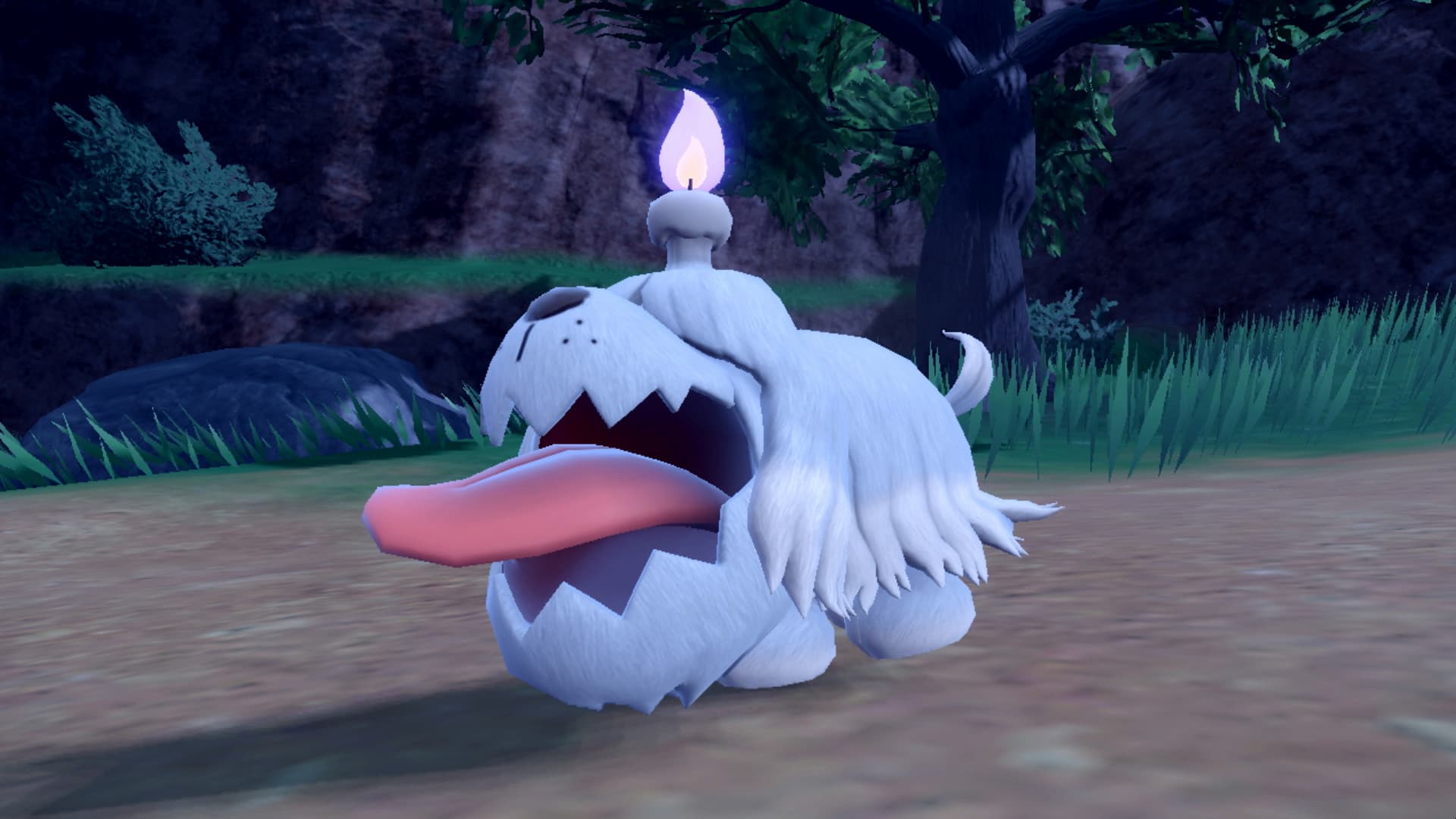 Even though Greavard isn’t luring in Pokemon trainers with any “ill intent,” the cursed Ghost-type is still sucking the life force out from them, so it looks like we’ll have yet another Pokemon to add to our list of most unnerving, disturbing PokeDex entries.

Will you still catch the new Ghost-type dog, Greavard in Pokemon Scarlet and Violet, even if it siphons your very life essence?

In this article:Featured, pokemon scarlet and violet 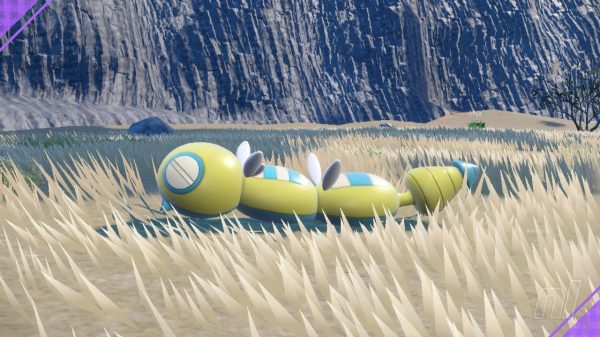 Dunsparce, the derpy, pudgy little bee-snake Pokemon who has been oft-neglected since it first arrived in Gen. 2 barring the occasional joke team or...