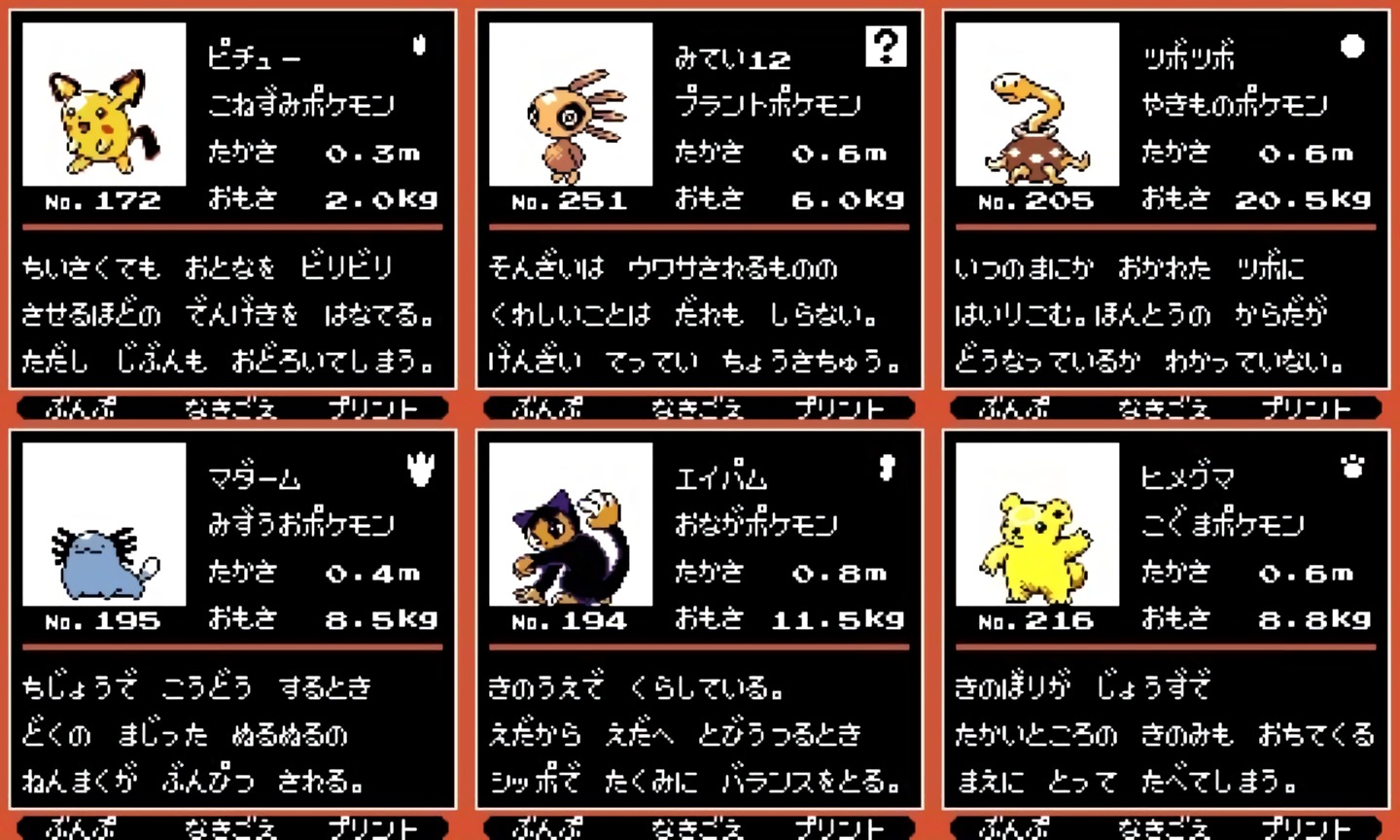 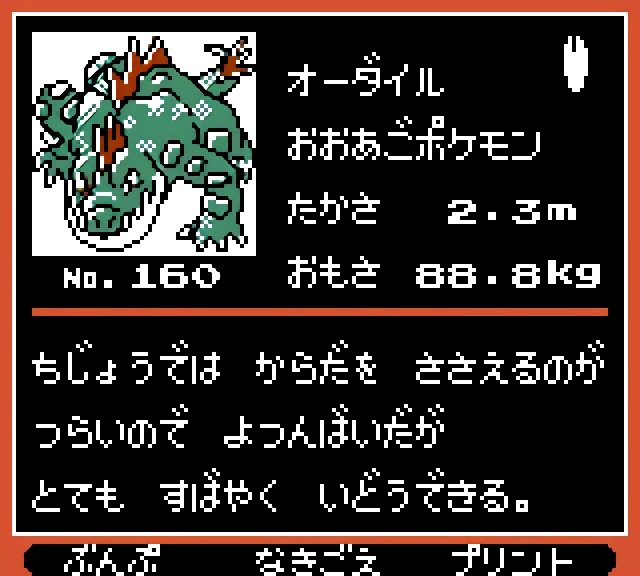 We can understand why Game Freak went with the more upright, anthropomorphic posture for the final versions of Feraligatr in Gold and Silver but damn — doesn’t Feraligatr look a whole lot more terrifying and well, feral stomping along on all fours?

Verdict: I would have preferred seeing this sprite used in-game. 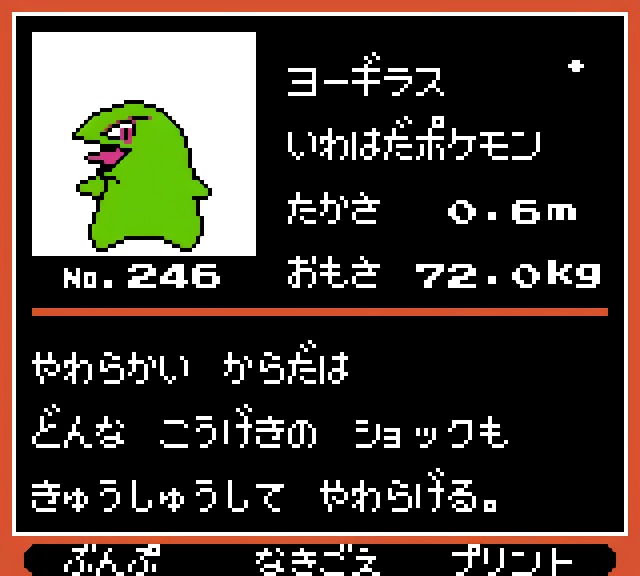 Well, this little guy certainly looks a lot less moody and a lot more unfinished than the Larvitar sprite to which we’re accustomed.

Beta Larvitar looking like some amorphous, blob version of Michigan J. Frog. Is he gonna start belting out a Pokemon rendition of “Hello my baby, hello my honey, hello my ragtime gaaaaal”?

Verdict: Probably just a placeholder for what would eventually become one of my favorite Pokemon evolutionary lines, Tyranitar, so I’ll cut it some slack. 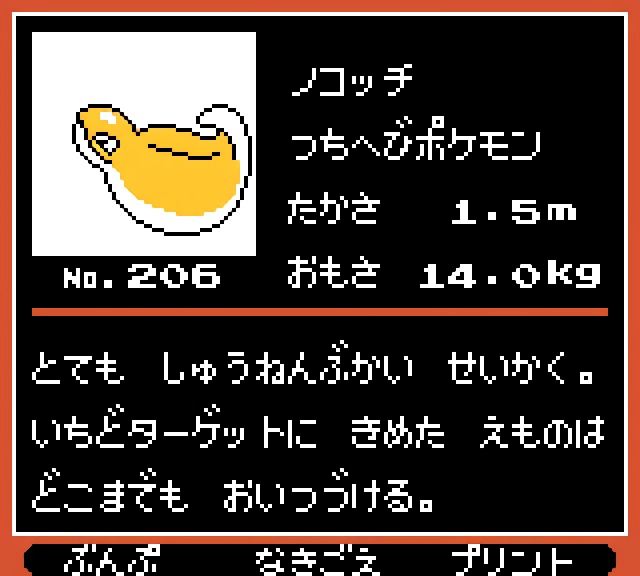 So either this is the beta version of Dunsparce or someone tried to cook a Pidgeot egg sunny-side up and botched the s— out of it. And then it somehow gained sentience.

Verdict: Eggs are my favorite food of all-time. This sprite is unnerving and has made me seriously reconsider my life choices. 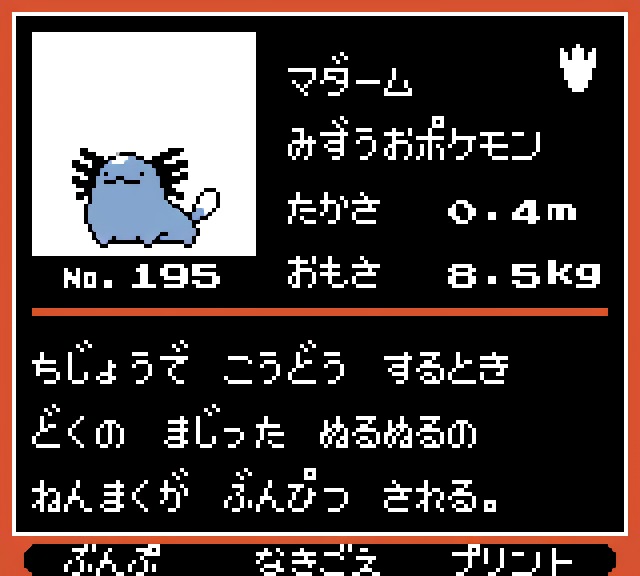 This beta version of Wooper more closely resembles a real-world axolotl, with the three pairs of external gill stalks on either side of its head.

Verdict: Beta Wooper isn’t too bad although I’d give the slight edge to the final version of Wooper as it looks more refined and salamander-like in body shape. 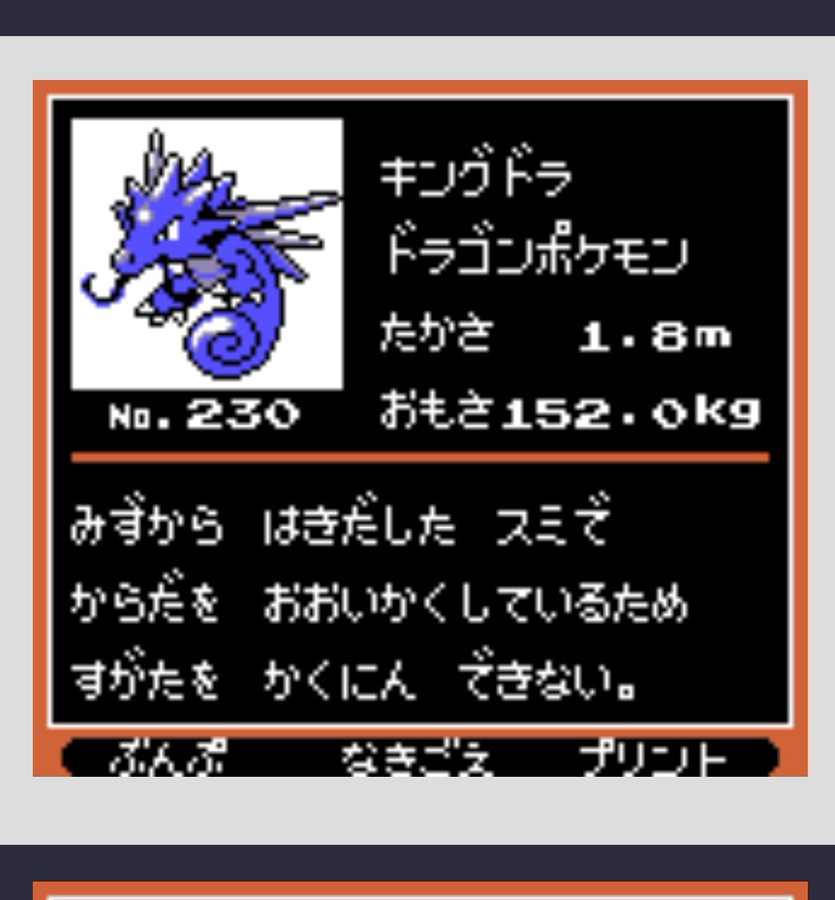 I already shared some of my thoughts on this ostensible Dragon/Water evolution of Seadra in the last Pokemon Gold and Silver datamined beta leak article, but it’s too cool-looking not to include again.

Like I said, this beta Kingdra looks more like what Pokemon designer Atsuko Nashida would have made Dragonite into if she had final say on the finished version (Nashida designed both Dratini and Dragonair). As much as I like the finished version of Kingdra, let’s face facts: it’s kind of dopey looking. For the longest time I thought the diaphanous fin on the side of its head was its tongue lolling from its mouth like a thirsty dog’s. Blame the Pokemon Gold and Silver sprite or my own stupidity, I guess.

The beta Kingdra had the curled tail and jagged head plates from the final version of Kindgra, but more traditional dragon elements like the reptilian head, flitting snake tongue and clawed arms.

Verdict: I would have liked to have seen this in the final version of the game. Maybe Game Freak didn’t quite want to upstage Dragonite yet. 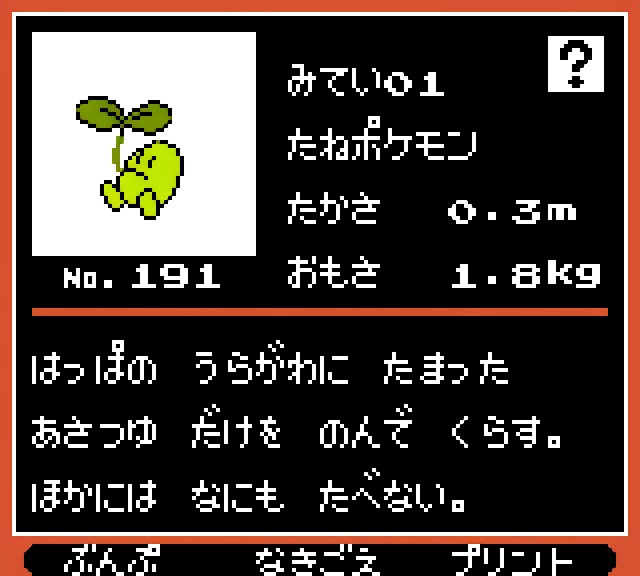 Beta Sunkern is a bit more minimalistic in appearance than the final version of Sunkern but it definitely has some charm on its side.

The final version of Sunkern is a seed Pokemon with a crown-shaped head and three brown stripes across its face. Beta Sunkern definitely has a more minimalistic look but it has plenty of charm (and like Ken Sugimori said, “Charm [should] be a basic part of every Pokemon’s design”). The little feet and the green sprout being used like a parachute give the guy a plucky and adventurous vibe.

Verdict: Simple but full of gumption. I like beta Sunkern’s design.

Which Pokemon sprites from the Pokemon Gold and Silver beta leak were your favorite? Did we leave any off this list? Drop us a line in the comments.