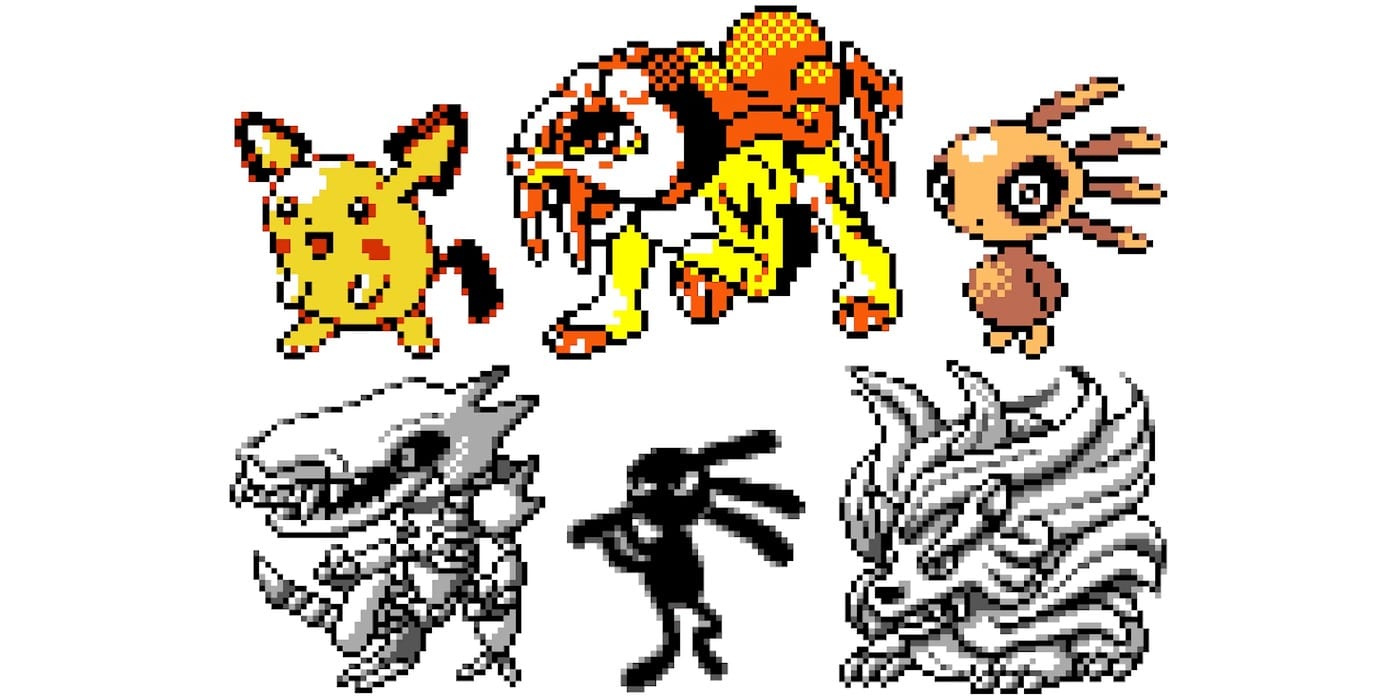 Back in 2018 the source code for a beta version of Pokemon Gold and Silver from 1997’s Space World (a video game trade show hosted by Nintendo which took place annually in Japan from 1989 to 2001) was leaked online. The datamined content unearthed an abundance of early and unused Pokemon sprites, a vastly different Kanto region, Pokemon trainers who never made it into the game and even discrepancies in the game’s narrative.

The first tweet showcases an early version of Pichu, Pikachu’s preevolution, who looks noticeably heavier and more bean-shaped than the final version; Raikou, the Legendary Electric Pokemon, who looks pretty much identical to the final version besides the stance it’s taking; and Celebi, who looks much more like an aberrant mutation of Stewie from Family Guy and a Murloc from World of Warcraft who just smoked some crack than the adorable, little, blue-eyed dryad thing that’s in the game now.

We want some of what beta Celebi's been smoking.#pokemonbeta #pokemon pic.twitter.com/qvDMnQcbO5

Here you can track the design shift in Sneasel, the sharp-clawed Dark/Ice dual type Pokemon. Proto-Sneasel’s preevolutions started out much more like a conflation of a meerkat, with its whiskered face and long tail and a sloth, on account of the oversized arms and big, curved claws.

The following cut Pokemon are unique-looking and it’d be interesting to hear the developer’s reasons on why they were cut over some of the ones that made it in the final game. The one on the left looks like a contented, short-legged stork with a bundled up baby bird in is bill; the one in the middle, uh, your guess is as good as mine as to what the hell that’s supposed to be; and the one on the far right is an adorable little koala Pokemon, perhaps a proto-version of Komala from Pokemon Sun & Moon?

Tons of beta Pokemon leaks dropped on 4chan's /vp board today. I'm gonna do my best to publish a highlight-reel article as quickly as possible, hopefully in about 12 hours. It'll be published on my site where I cover these kinda leaks, https://t.co/sv0rVOIXfr. pic.twitter.com/o3Q7R1oRms

From left to right: Proto-Steelix? Some kind of pied piper, a dark-feathered bird playing the flute or a shadowy ninja with a blowgun? And freaking Gmork, the werewolf from The Neverending Story?! Damn, that thing is frightening.

Now this is interesting. Is this more in line with what Pokemon graphic artist Atsuko Nashida (who also designed Pokemon like Bulbasaur, Squirtle, Charmander, Pikachu, Espeon, Umbreon, Lilligant and many others) would’ve made for the final version of Dragonite? Instead of the vastly disparate looking one who made it into the final version of Pokemon Gen 1 designed by Shigeki Morimoto?

Whoa. Is this more in line with what Atsuko Nishida would've designed for Dragonite?#Pokemon #gaming pic.twitter.com/AKJC5Kh0I2

This dragon Pokemon retains the same blue color scheme as Dratini and Dragonair, as well as their more serpentine qualities; the curled up tail looks very similar to what was used in the final sprite for Kingdra, Seadra’s Dragon/Water evolution — which is what this dragon likely would have been if its design were included in the game.