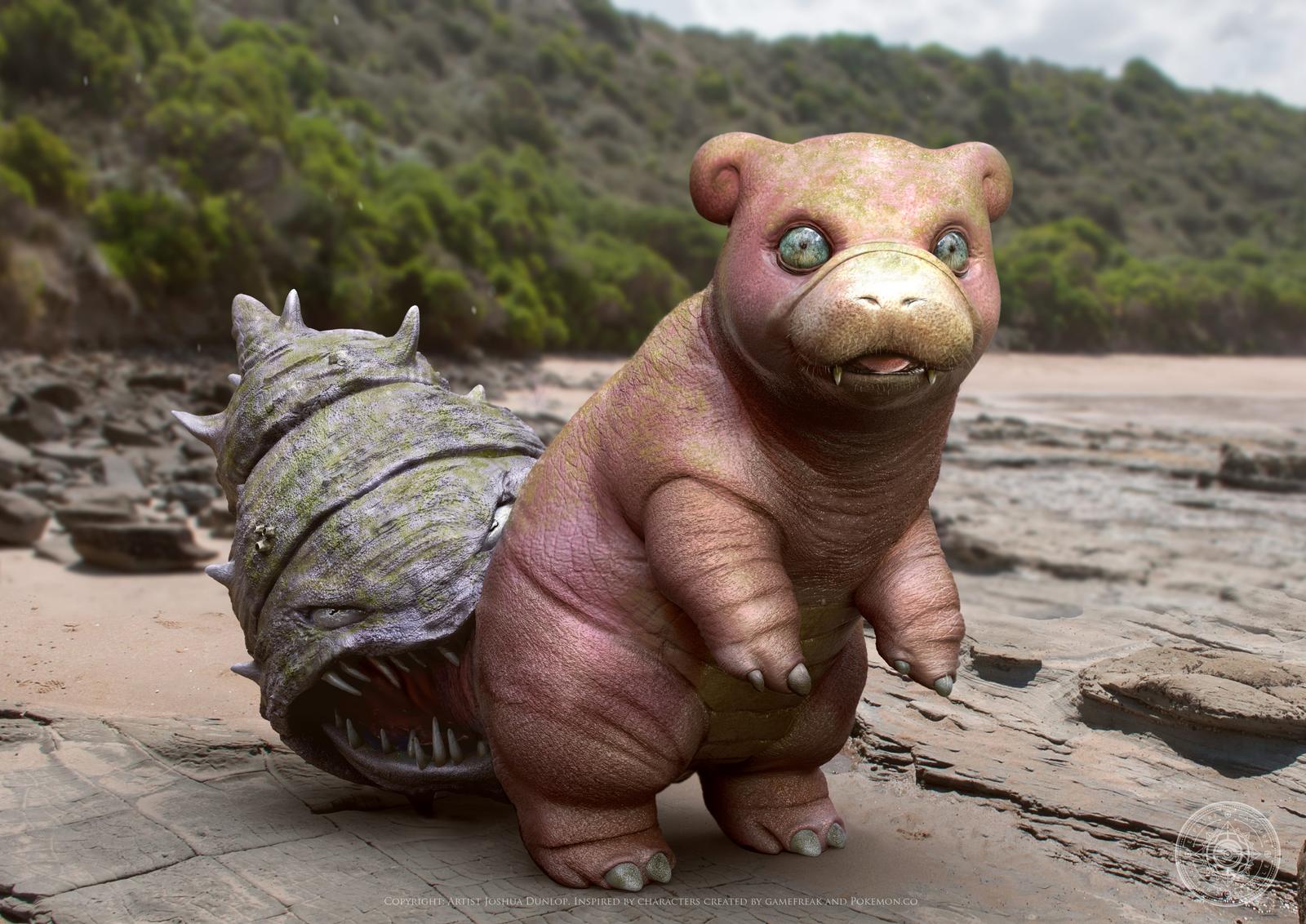 In biology, symbiosis is defined as “a close relationship between two species in which at least one species benefits.”

Under that definition, it’s evident the relationship between the Pokemon Slowpoke and Shellder, which results in Slowbro, is a symbiotic one. After all, Slowbro is an evolution of Slowpoke (and gains 175 total stat points from the evolution to boot).

But is Slowbro really the one benefiting from its symbiosis? And under which classification of symbiosis should Slowbro be categorized? Let’s take a look at three different types of symbiotic relationships to determine the type Slowpoke exhibits.

Commensalism is a symbiotic relationship in which one species benefits and the other is largely unaffected. A real life example of this is the remora, a fish which attaches itself to sharks and other fish; the remora benefits by feeding off the remains of the meals of the larger fish while also gaining protection.

Can the relationship shared by a Slowpoke and a Shellder be considered commensalism?

According to the Slowbro’s PokeDex entry from Pokemon Red and Blue:

“The Shellder that is latched onto Slowpoke’s tail is said to feed on the host’s left over scraps.

From that definition, Shellder seems almost identical to a remora. But is the Slowpoke unaffected by the Shellder’s attachment? Or do both parties benefit?

Perhaps the symbiosis between Shellder and Slowpoke is mutualism? 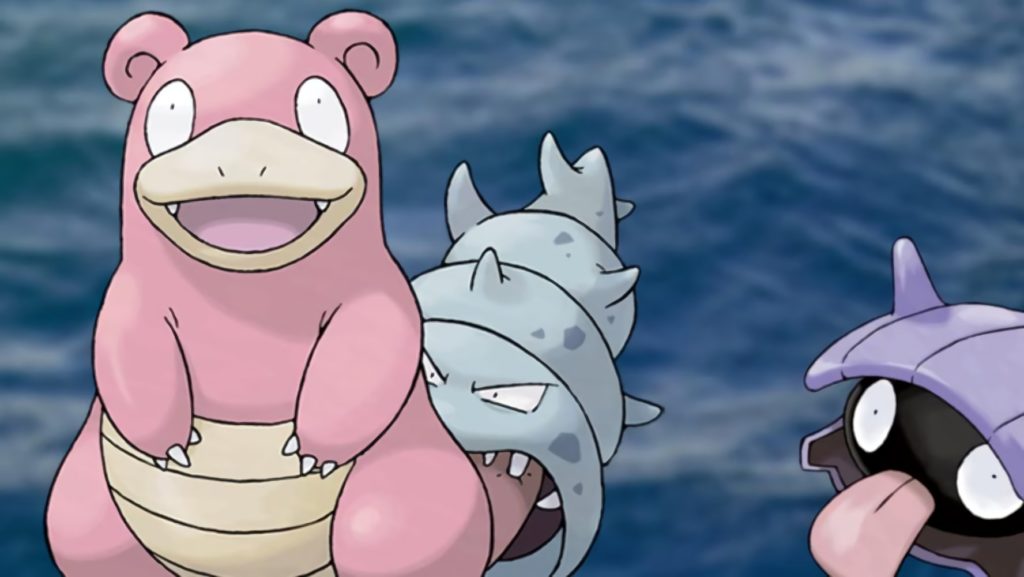 Mutualism is symbiosis where both organisms benefit from the relationship.

“Though usually dim witted, it seems to become inspired if the Shellder on its tail bites down.

Although what exactly Slowpoke is inspired to do when Shellder bites down on its tail is unclear, inspiration is at the very least a form of encouragement.

Shellder gets to suck on some tasty tail juice while Slowpoke gets some good old stimulation. Seems like mutualism at its finest, doesn’t it?

Not so fast (that was a Slowpoke joke, by the way). Is there a more insidious nature to the Slowpoke/Shellder symbiosis than meets the eye? Could Shellder actually be a parasite?

RELATED:  Our favorite Pokemon designs from Pokemon Red and Blue 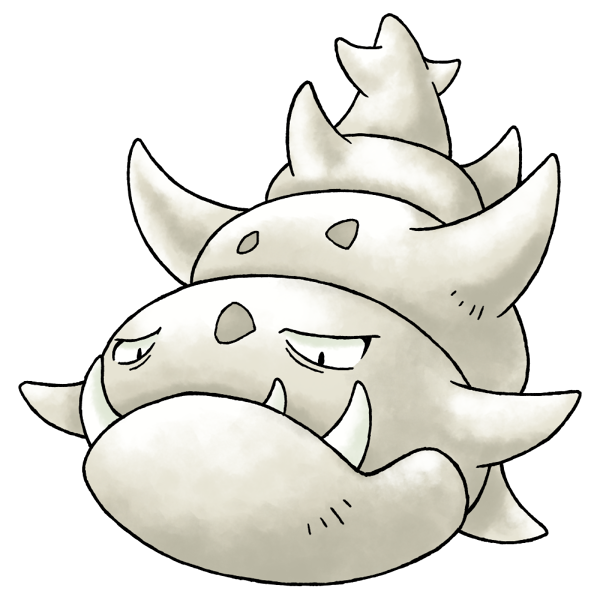 Parasitism is a symbiotic relationship where one organism benefits at the expense of the other. An example of a parasite would be the tapeworm, which inhabits the intestines of their host, eats their partially digested food and deprives its host of food and nourishment.

As we already mentioned with the Pokemon Red and Blue PokeDex entry, Shellder feeds on Slowpoke’s leftover food.

However, the Pokemon Ruby/Sapphire PokeDex entry for Slowbro hints that the relationship between the two Pokemon isn’t mutually beneficial after all.

“Slowbro’s tail has a Shellder firmly attached with a bite. As a result, the tail can’t be used for fishing anymore. This causes Slowbro to grudgingly swim and catch prey instead.

So Slowpoke has to put a little more effort in to secure a meal. And has lost one of its true joys in life, fishing with its tail. It could be worse, right? (For worse, see Parasect.)

It does get worse.

“Naturally dull to begin with, it lost its ability to feel pain due to Shellder’s seeping poison.

That enigmatic spark of inspiration Shellder provides every time he chomps down on Slowpoke’s tail isn’t looking like such a mutual benefit anymore, is it? We’re sure if Einstein had been injected with a syringe full of poison every time he had a bright idea, even he might’ve reconsidered devising the theory of relativity.

In conclusion, the symbiotic relationship between Slowpoke and Shellder isn’t commensalism. Or mutualism. Shellder is a parasite. A poison-seeping, tail-sucking parasite. #scumbagshellder 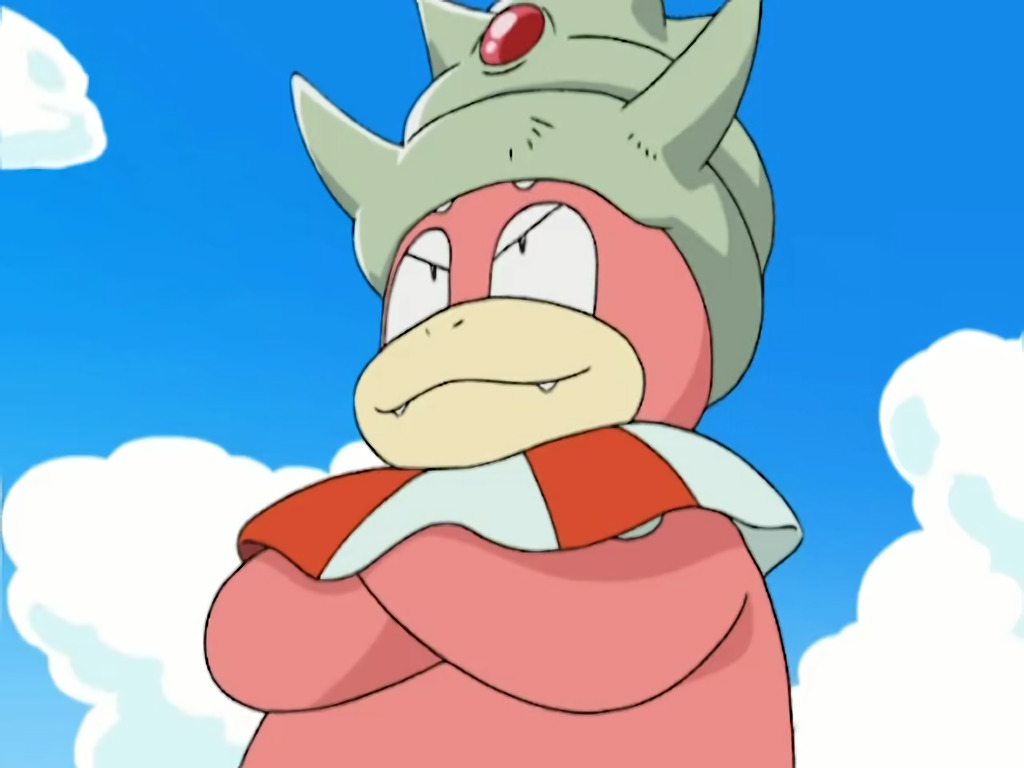 Is it fair to call Shellder a scumbag when not every example of Slowpoke’s joint evolution alongside it can be considered one-sided Shellder parasitism? Enter Slowking.

RELATED:  Every electric car in Forza Horizon 5 and how to get them

Slowking, Slowbro’s alternate evolution, is a different story. Game Freak and The Pokemon Company make it very clear that the Slowking evolution is a symbiotic relationship which benefits both parties.

According to the Pokemon Silver PokeDex entry:

When its head was bitten, toxins entered SLOWPOKE’s head and unlocked an extraordinary power.

Being bitten by SHELLDER gave it intelligence comparable to that of award-winning scientists.

Which award-winning scientists? Albert Einstein, perhaps? Werner Heisenberg? Marie Curie? Professor Samuel Oak? The Pokemon B &W PokeDex doesn’t specify. All we know is that this instance of symbiosis isn’t as one-sided in Shellder’s favor as the Slowbro scenario.

If we recall the three types of symbiosis, the Slowking evolution would most accurately fall under the mutualism subcategorization, or a symbiosis where both organisms benefit from the relationship. Shellder benefits from chomping down on Slowpoke’s head (admittedly a bit more gruesome than suckling on Slowpoke’s tail juice, as it does with Slowbro) and Slowpoke becomes an intellectual phenomenon.

In fact, Slowking’s sagacity has become so renowned that it is actively sought out for its wisdom and advice in the Pokemon world. Per the Pokemon Moon PokeDex entry, “This Pokémon is so famed for its intellect that a proverb still persists in some regions: ‘When in doubt, ask Slowking.’”

Which example of Slowpoke and Shellder symbiosis is your favorite? Sound off in the comments.

Interested in discussing the symbiosis of Galarian Slowbro and Galarian Slowking? Check out the second part of our Science of Slowbro feature.

Everyone has a defining gaming moment. One of mine just happens to be the first time I leveled a Magikarp in Pokemon Red and Blue. Read about it.