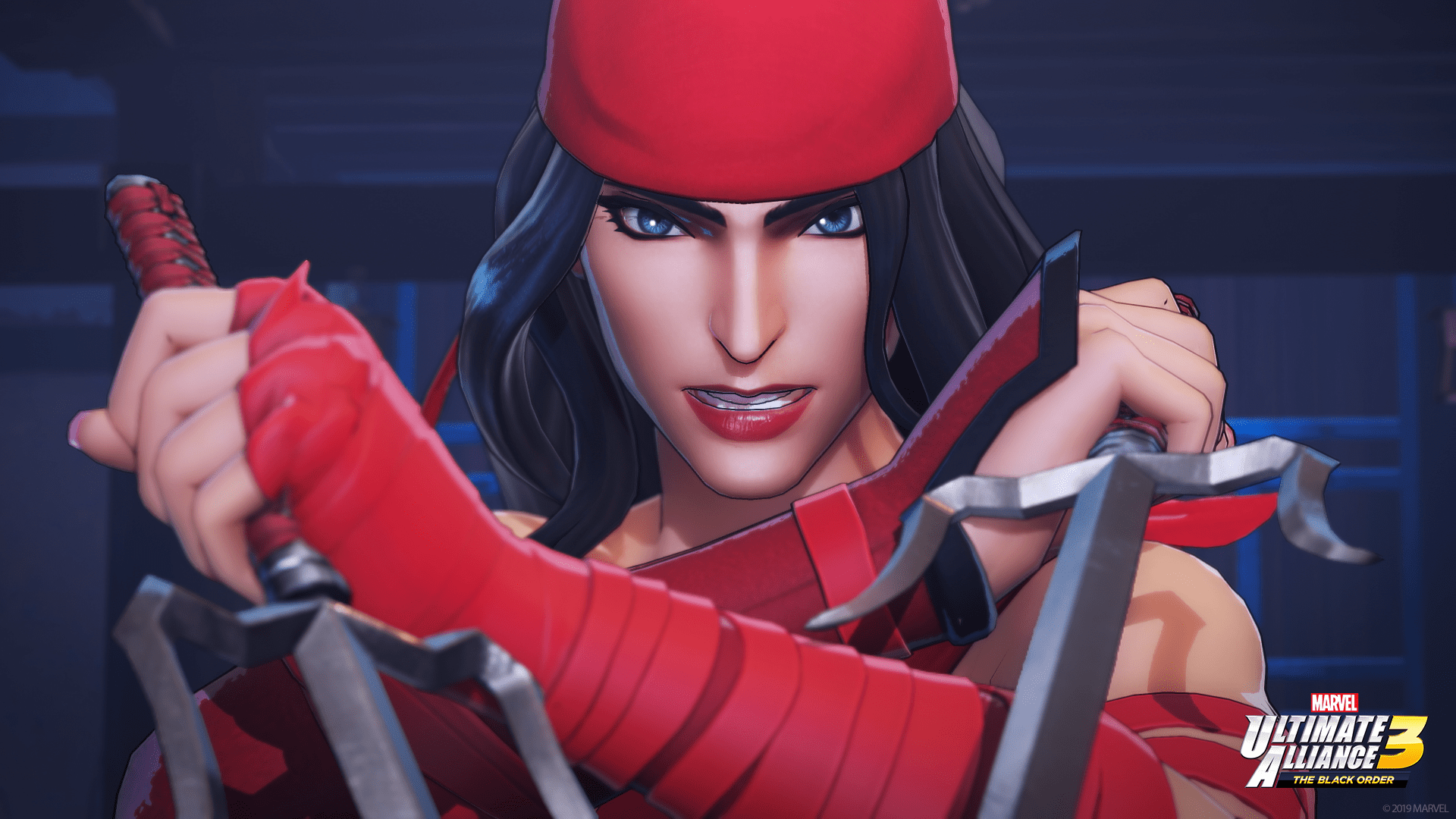 Marvel Ultimate Alliance 3 already boasts a generous amount of characters on the main roster — but when you throw in hidden characters and bosses like Elektra, Thanos and Dr. Doom — it becomes even more impressive.

Here’s a look at all ofMarvel Ultimate Alliance 3’s secret characters and how to unlock them. 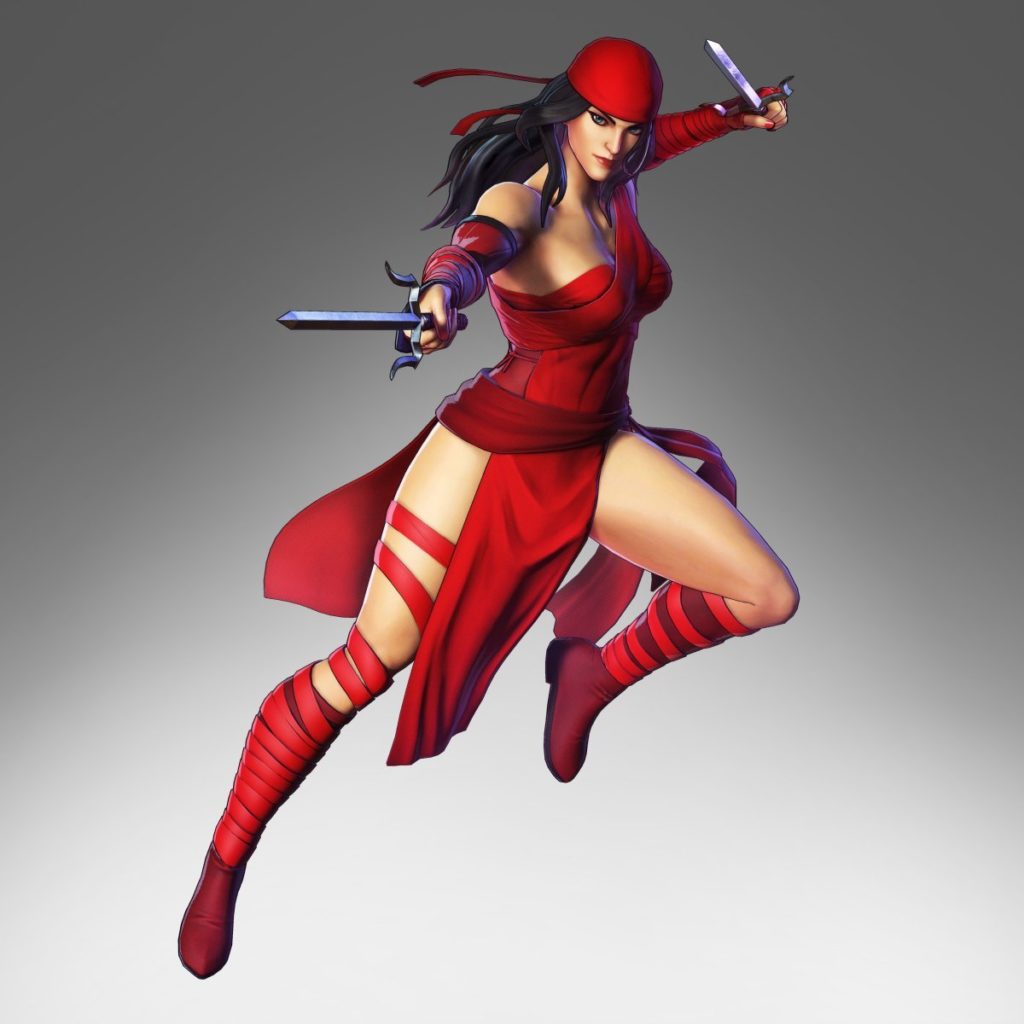 “I too serve Death, in my own way. It would be my honor to send you to meet her.”

The deadly, dual sai-wielding assassin Elektra Natchios is a master martial artist and gifted with metahuman speed, agility and reflexes. In the comics, Elektra’s character has a long history with Daredevil, the two often acting as on again, off again lovers whose differing ideologies end up dissolving their relationship when all is said and done.

When it comes to gameplay, Elektra boasts a very fun and diverse Ability kit. Her Sai Strike is one of the quickest Staggers in the game and combos well into Lethal Ballet, a spinning leg kick AOE that would make Chun-Li jealous. She can also attack enemies from afar with Throwing Stars and set up a Mega Blast synergy with her Explosive Assault attack, an ability where she tosses down a series of charged explosives. 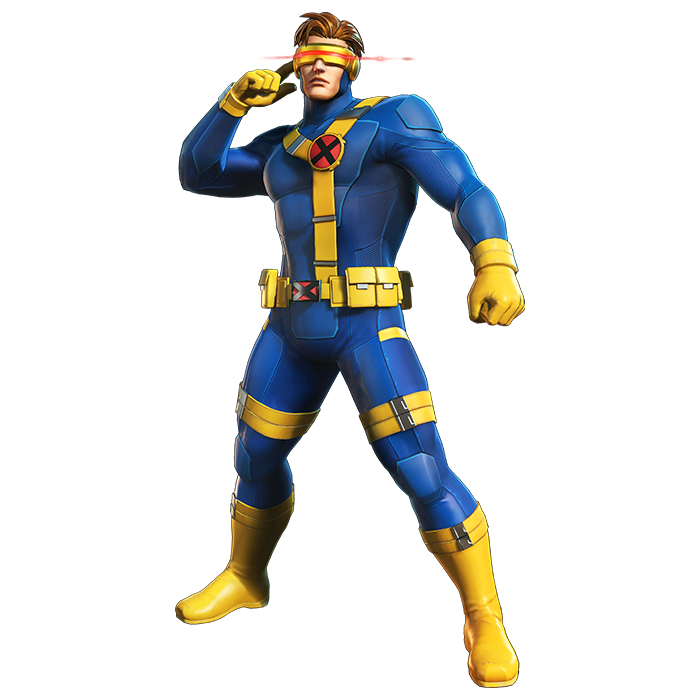 Cyclops, field leader and one of the founding members of the X-Men appears in Marvel Ultimate Alliance 3’s story mode, assisting in players’ battle against the Sentinels outside the X-Mansion.

His Optic Blast ability is the only Beam attack in the game where the player can maneuver while firing and his Ricochet Beam can be used to bounce off walls to shred groups of multiple enemies and bosses alike. 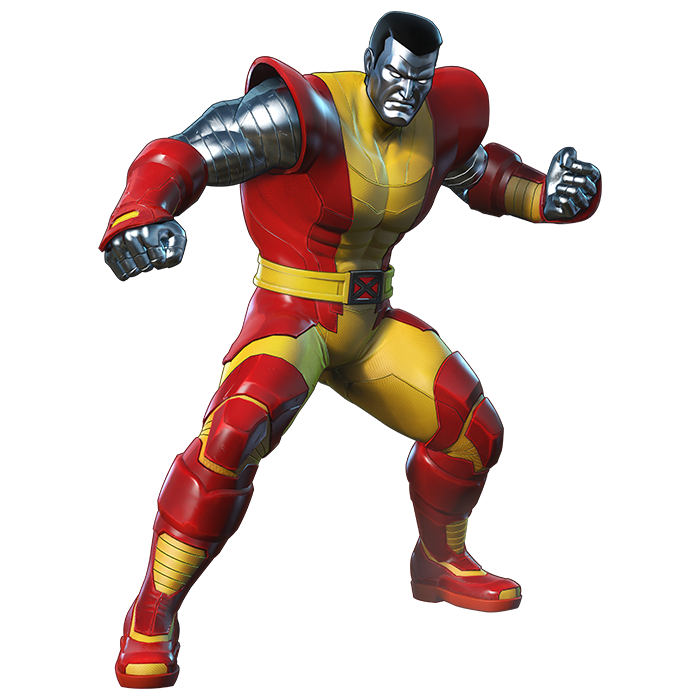 Piotr Rasputin, AKA Colossus is another X-Man who appears alongside team leader Cyclops to help players ward off the Sentinel invasion outside the X-Mansion in story mode.

Colossus has the mutant ability to turn his skin into organic steel, which grants him superhuman strength, durability and resilience.

In fact, Colossus is one of the strongest characters in the game, tied with both Thing and Luke Cage for 2nd highest Strength stat of all the normal in-game characters at Level 300. He’s also tied for 2nd place in the Vitality stat and tied for highest Durability stat in the game, making Colossus an absolute unit when it comes to tanking. 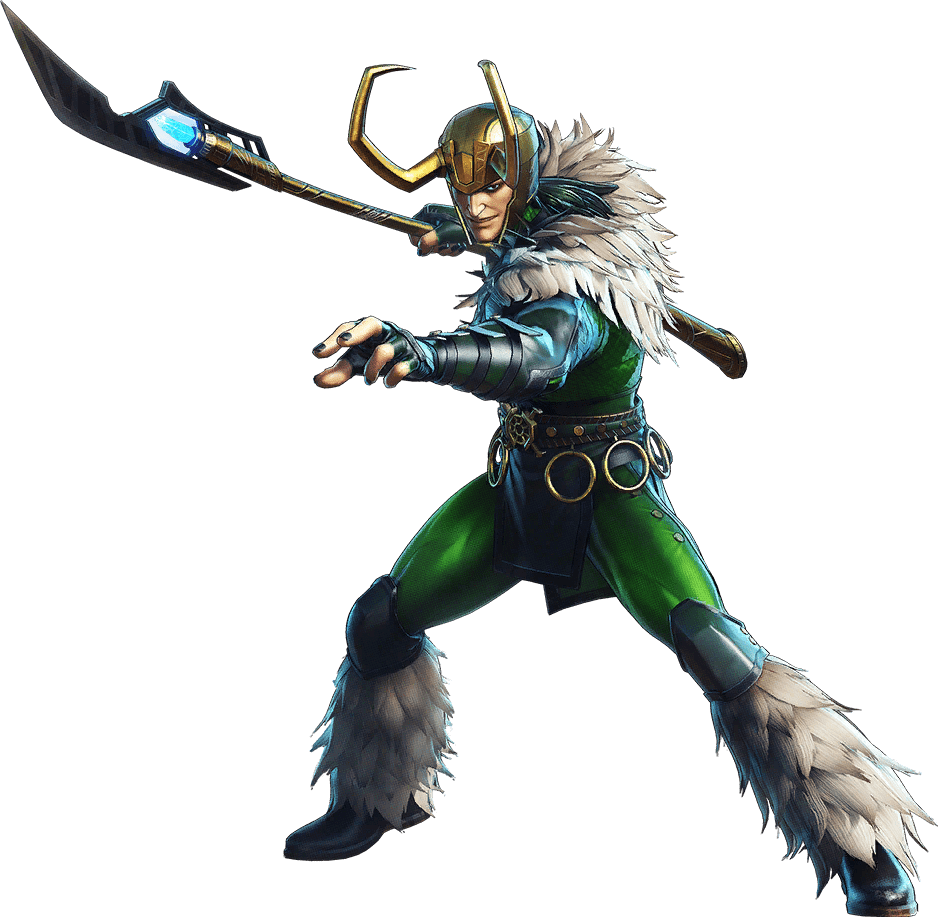 The Norse God of Mischief and half-brother of Thor is both an in-game boss and an unlockable character who utilizes damaging Ethereal and Frost attacks. He can also self-synergize with his Mystic Vortex ability, a deadly tornado that synergizes with Beam characters like Cyclops, Rapid Fire slingers like Gambit or Bash brethren like Hulk and Luke Cage. 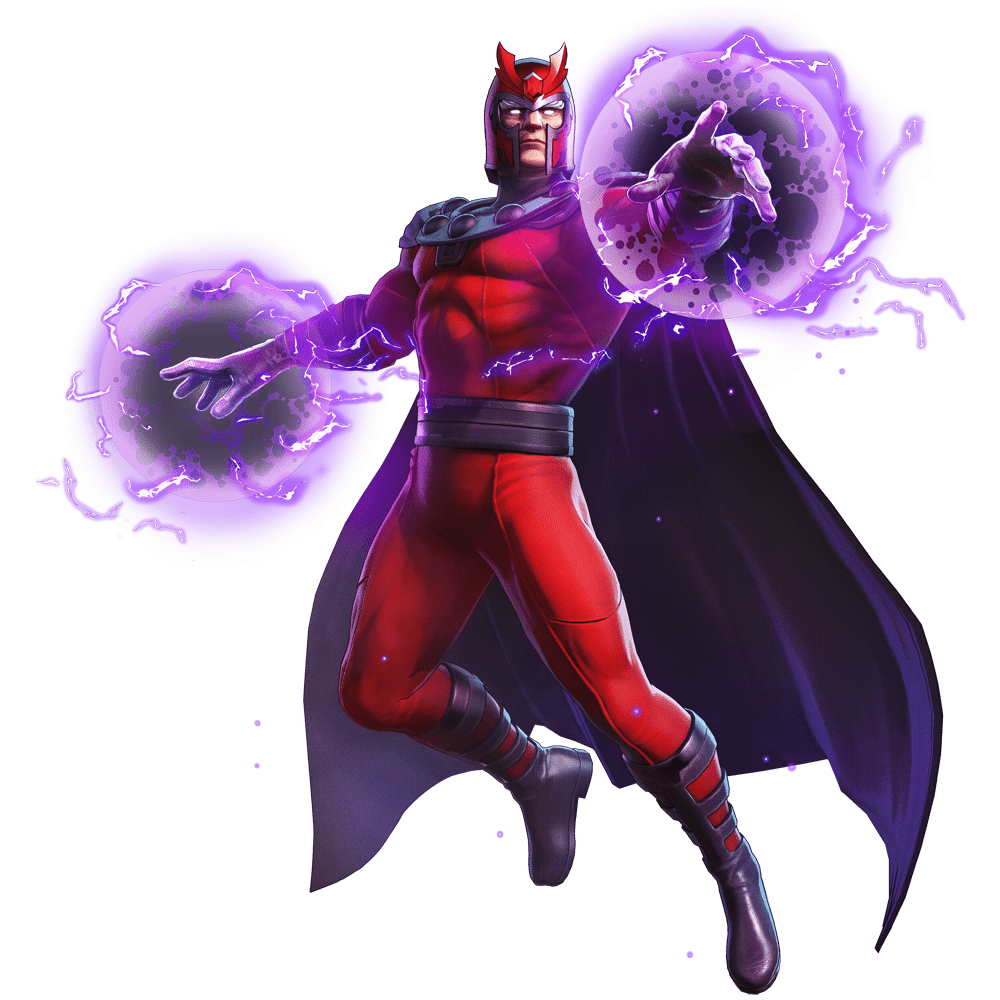 “A new era for mutantkind is about to dawn. Such a pity that none of you will live to see it.”

The master of magnetism, Magneto, is one of the most powerful mutants alive in the Marvel Comics universe and that impressiveness carries through and then some to his in-game character in Marvel Ultimate Alliance 3.

Magneto’s heavy attack is one of the best crowd control abilities in the game and his rapid-fire Deadly Debris ability turns into a deadly Ricochet synergy when paired with the right allies. 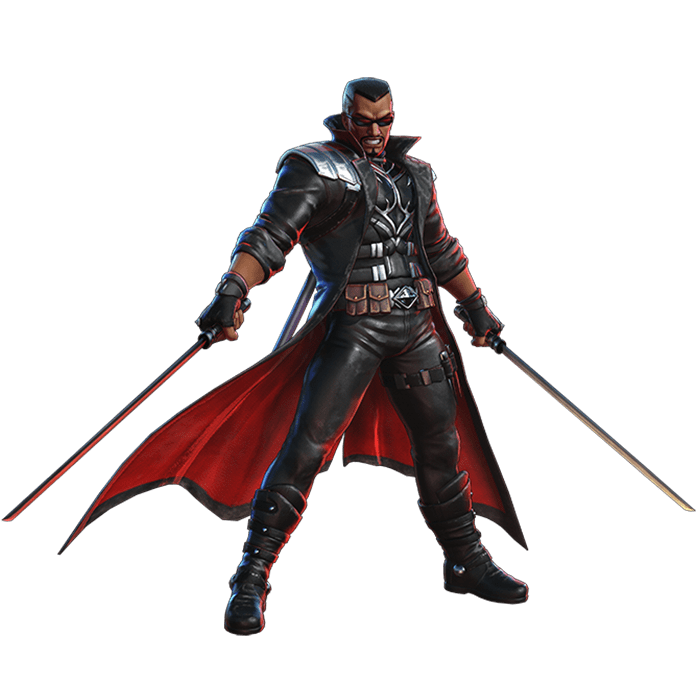 The Daywalking Dhampire features one of the most unique playstyles in the game, as his abilities allow him to maneuver around the screen while he charges them to increase their damage capability.

His kit includes Spinning Swords, a jumping, spinning slice with his specially tempered titanium blades; High Stakes, a ranged attack where he fires silver stakes at enemies in front of him; Bleeding Edge, another ranged attack where he flings a glaive which bounces off one enemy and into others; and Off the Chain, an AOE where he swings a tethered blade in a circle around him.

To unlock Blade, clear the “Deadliest Prey” Gauntlet within the “Curse of the Vampire” DLC. 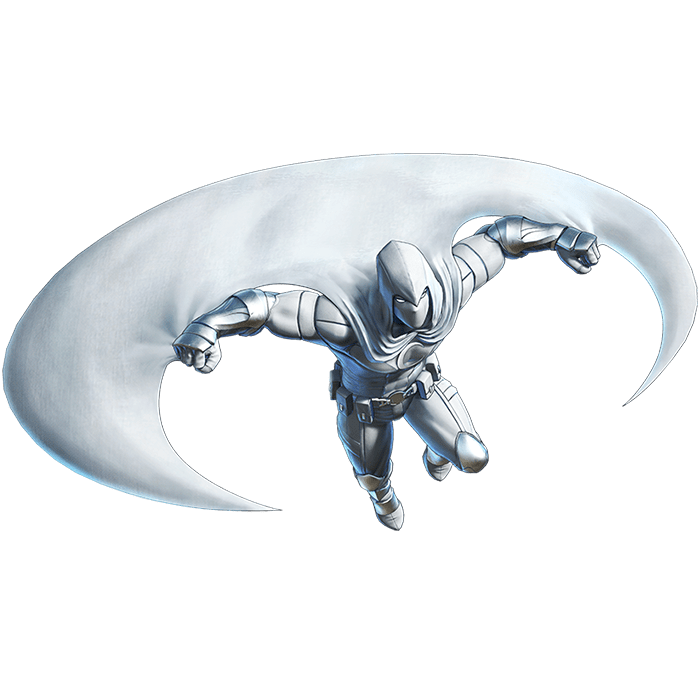 Khonshu’s chosen champion has excellent mobility thanks to his Glide, where he uses his cape to whisk across the screen and Moon Landing, which can be used to grapnel from one side of the screen to the other.

The dissociative identity disorder exhibiting mercenary, whose real name is Marc Spector, can be unlocked by clearing the “Blood Moon Rising” Gauntlet in the Curse of the Vampire DLC. 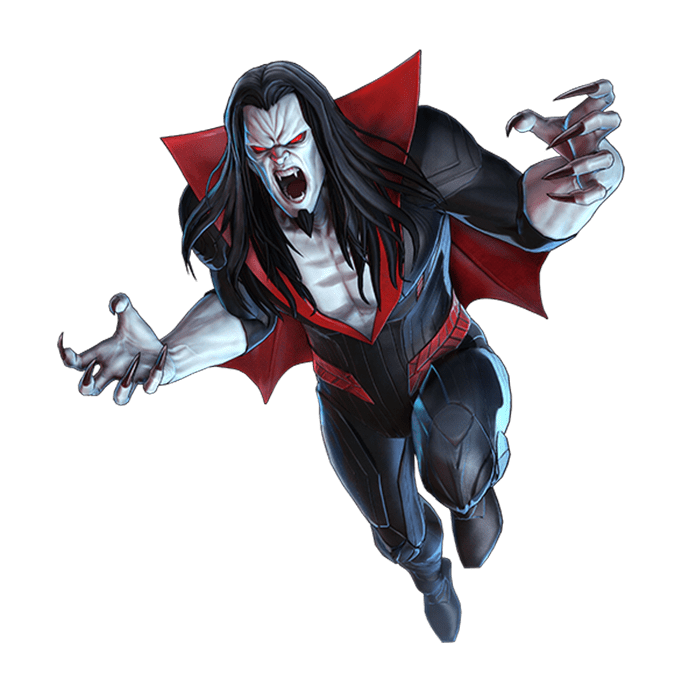 Michael Morbius, award-winning biochemist was born with a vampiric condition; when he tried to cure this malady through an experiment which employed shock therapy and a vampire bat, he only made his condition worse — transforming himself into an even more horrifying vampire whose insatiable lust for human blood had only intensified.

In Marvel Ultimate Alliance 3, players can try to control Morbius’ hunger for their own ends through his blood-spilling, blood-sucking abilities and surprising utility. Morbius’ signature attacks include Claws and Fangs, a charged attack which sends him leaping onto his opponents, draining their HP and temporarily boosting his damage; Slashing Strikes, which teleports Morbius to opponents at a high speed as he cuts into them with his claws; and Hypnotic Gaze, where Morbius stares in a cone-shaped radius at enemies, paralyzing them and increasing the amount of damage they take for a time.

To unlock Morbius, clear “The Living Vampire” Gauntlet in the Curse of the Vampire DLC. 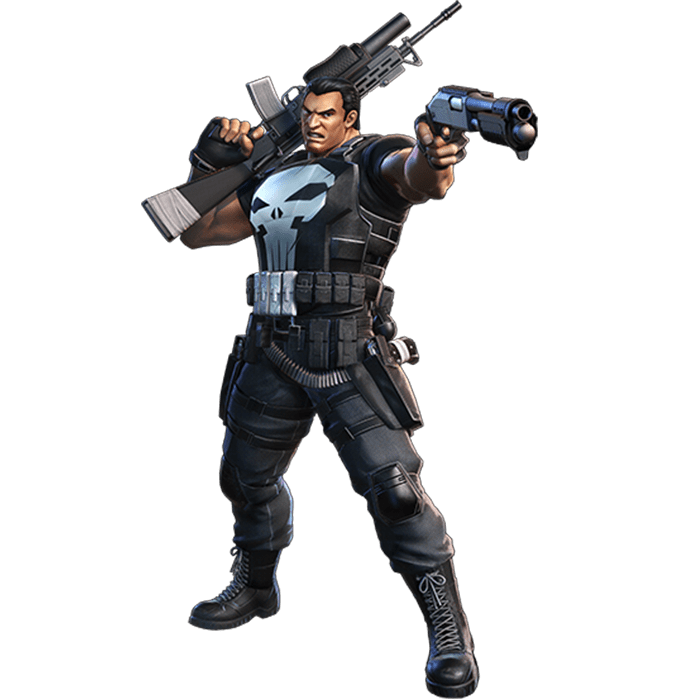 “They laugh at the law. The rich ones who buy it and twist it to their whims. The other ones, who have nothing to lose, who don’t care about themselves, or other people. All the ones who think they’re above the law, or outside it, or beyond it. They know all the law is good for is to keep good people in line. And they all laugh. They laugh at the law. But they don’t laugh at me.”

When U.S. Marine Special Operations soldier Frank Castle’s wife and two children were murdered by the mob, he became the Punisher — a one-man-army who swore to wage war on those who took his family away and crime in general.

RELATED:  343 is saving 'huge' Halo Infinite announcements for this Summer

Punisher’s in-game arsenal includes the Heavy Artillery ability, where he leaps into the air and shoots his rifle in the direction his character is facing; Fire in the Hole, where Punisher retreats and throws grenades in the direction he’s facing; Smokescreen, where he throws down smoke bombs and then attacks with his machete; and Sniper Shot, a charged sniper rifle attack which deals deadly damage to enemies lined up within the weapon’s laser sight (similar to the annoying purple AIM soldiers from Wakanda).

To unlock Punisher, clear the “Immortal War” Gauntlet in the Curse of the Vampire DLC. 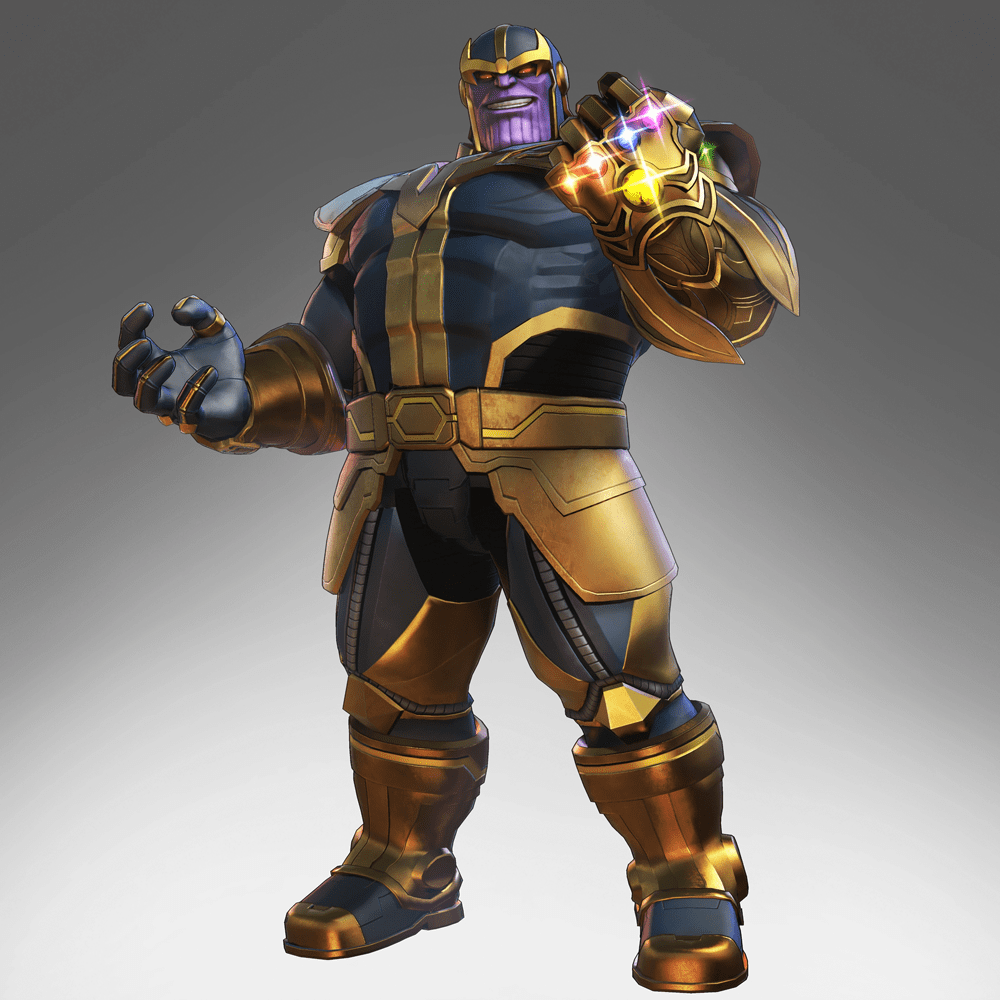 “The universe trembles at my name. Do they even know yours?”

And of course, what would a game whose narrative revolves arounds Infinity Stone and the Infinity Gauntlet be without the Mad Titan himself, Thanos?

To unlock Thanos, clear “The Black Order” Infinity trial. Thanos sports the highest stat total in the game (of the standard unlockable characters), topping the charts for Strength, Vitality, and Mastery categories. His kit is also impressive: his Incineration Beam and Crushing Blow abilities are enough to decimate most enemies. Thanos’ one detriment is that he doesn’t synergize well with many other characters in the game — but that’s not the worst problem to have, as he’s powerful enough to carry the team through most situations by himself.

To unlock Thanos (Infinite), check out our How to Unlock Infinity Thanos guide. 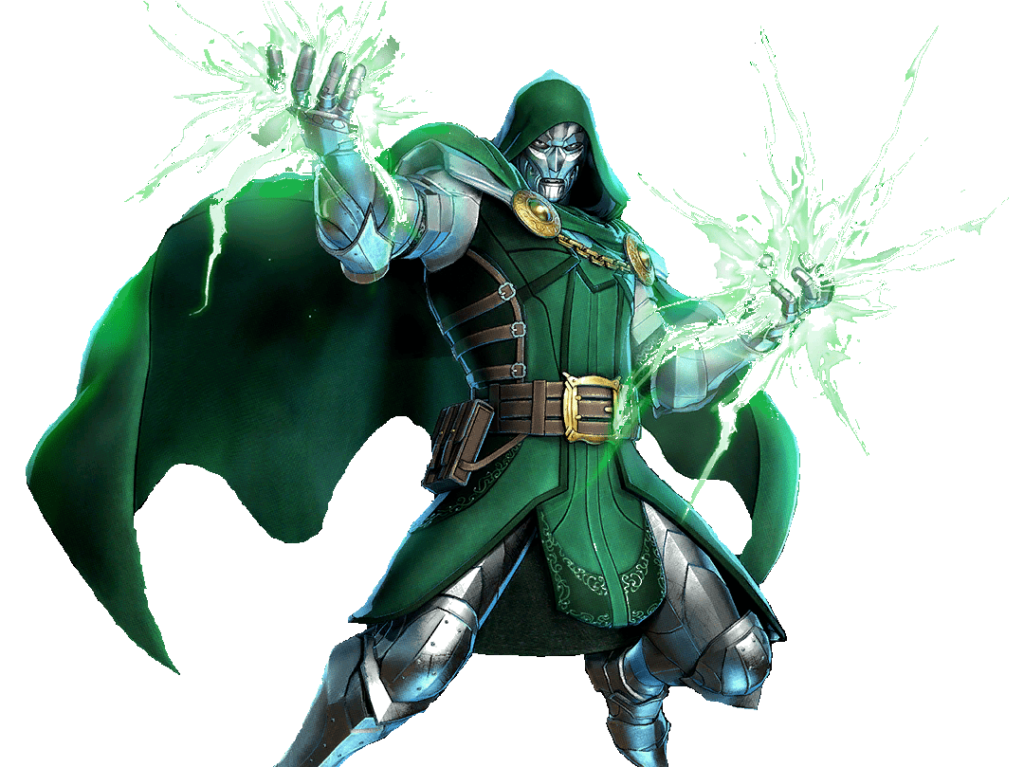 “I am Doom. Destroyer of worlds… What gods dare stand against me“?

Victor Von Doom, ruler of the kingdom of Latveria and arch-nemesis to the Fantastic Four is the main antagonist of the Marvel Ultimate Alliance 3 Shadow of Doom DLC story content — and he becomes a playable character after players complete the story mode in its entirety.

Doom is a genius-level intellect inventor, scientist and sorcerer. His titanium armor is nuclear-powered, computer-assisted and gives him superhuman strength, durability, flight and the ability to generate massive electric shocks, concussive blasts and force fields. He is frequently depicted as one of the most intelligent humans in the Marvel Universe alongside his rival Mr. Fantastic.

In-game, Doom’s skill kit hinges on the combination of his Loyal Servant and Spark of Genius abilities. Loyal Servant summons a Doombot, one of Dr. Doom’s robot duplicates, which doubles the effectiveness of Spark of Genius when cast. Loyal Servant can also be used with Unmatched Might, a powerful beam ability which can melt Stagger bars when both Doom and his Doombot are firing simultaneously.

To unlock Dr. Doom, complete the Epilogue on the Shadow of Doom DLC story mode.

Which Marvel Ultimate Alliance 3 secret character is your favorite? Let us know in the comments.

Are there characters in MUA3 who weren’t included in the game that you’d like to see as playable characters? Check out our Marvel Ultimate Alliance 3: Playable Characters We Want To See Added Most To The Game article and see if your favorites made the list.