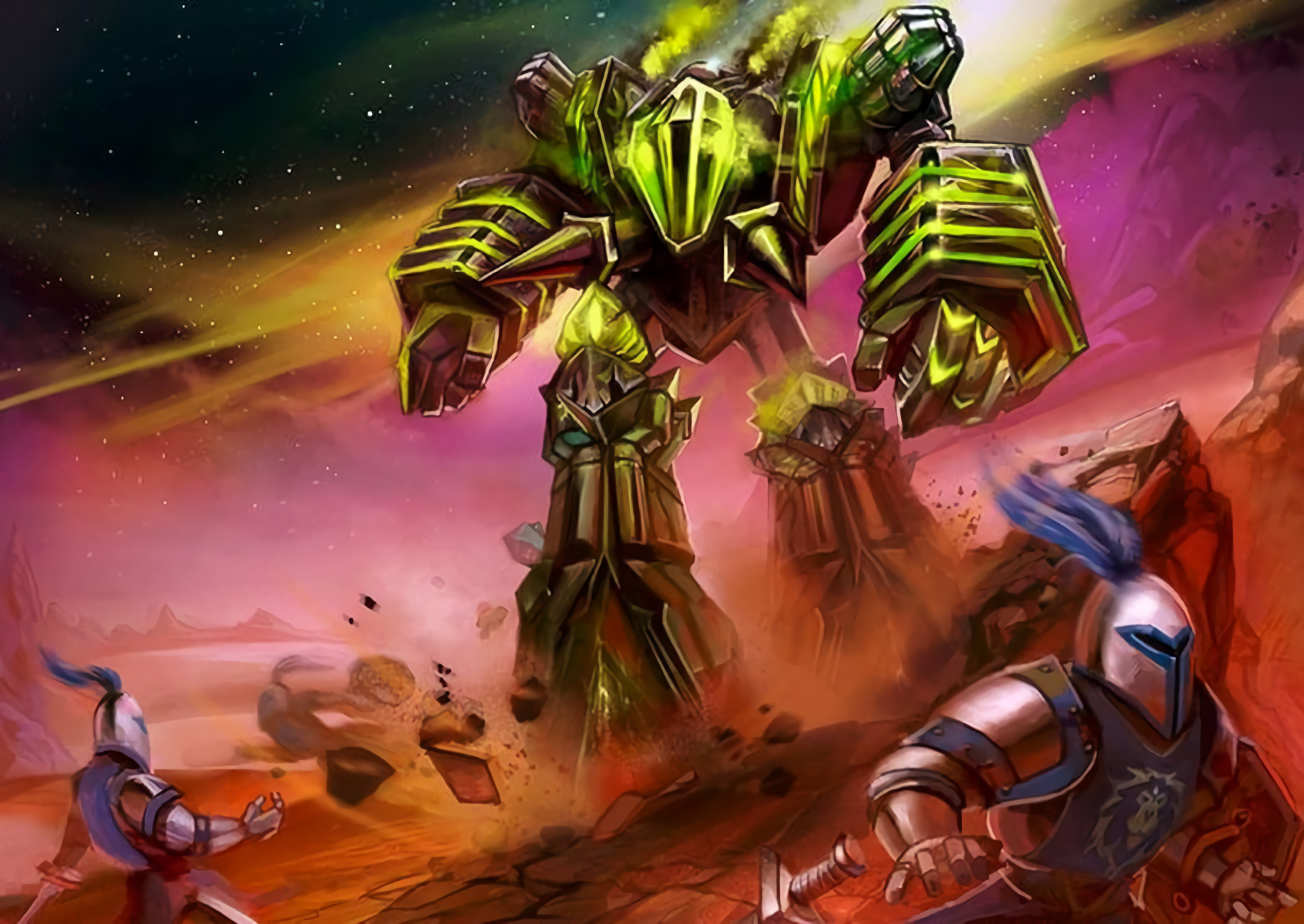 A well-armored gnome with a shock of silver hair emerged from the rags of smoke, flaming rubble and the gunmetal grey world beyond with a sprightly hop. He held in one hand a metal rod and the other a shield contoured with thorium alloy — both of which crackled and gleamed with pale blue energy. 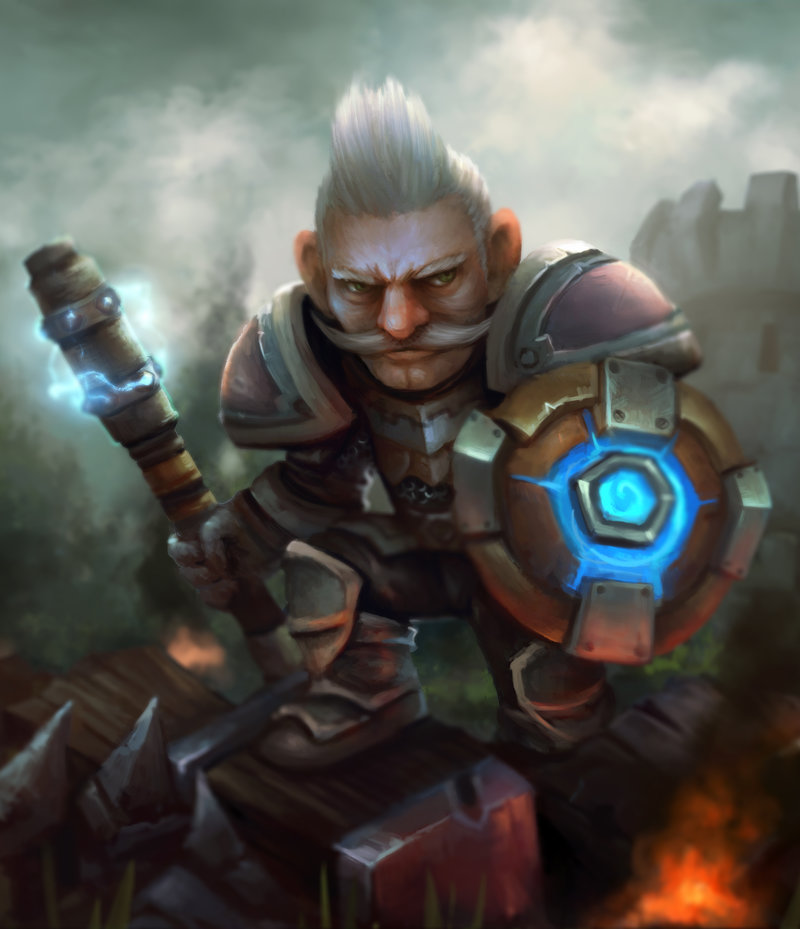 “I love the smell of burning metal in the morning. I love the Corps!”

He sniffed the air. His handlebar mustache wiggled.

“Name’s Sergeant Berton C. Bellicose — but you can call me ‘sir.’ The enemy? They’re out there, always — and every last one of the tireless bastards without empathy. Without a soul. Forever scanning. Clanking. Whirring. Clicking. Hydraulic limbs pistoning all over the place.”

“Wages?” He threw his head back and laughed. “We’ve got indefatigable kill-machines hunting us down like shrieking rats every day of our lives and you think we still have some sort of balanced economy in place, brother? How long they say you were in the freezer for again?” He shook his head and muttered, “Mechs programmed solely to kill us and he’s worried about his allowance.”

He turned his head and spat.

“But we got you now, is that right? The ‘savior.’ You ask me, all I see is another stack-of-dime-necked pansy looks like he just clawed his way outta an irradiated chasm in Gnomeregan. This is how we overcome the merciless machine masses, huh?” He shook his head. 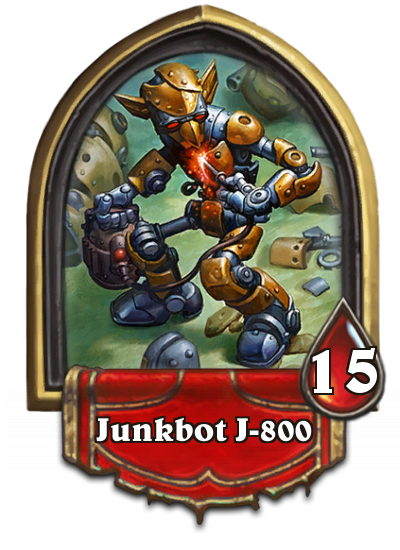 Dr. Boom grabs you by the shirt collar when Berton isn’t looking. 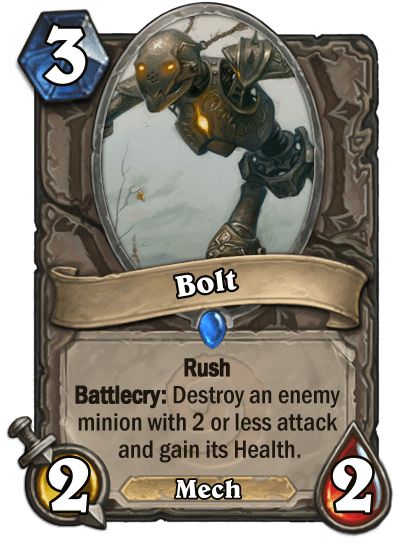 “Found this guy with his legs twitching out the side of a tire-stack taller than the Zul’Farrak pyramid. Apparently he wasn’t swift enough for the Robot Empire ranks; you ask me, even with all the mileage on him — after I polished him up and tightened some screws and aheh, bolts — he’s still more functional than a litter of gnomes and a throng of dwarves put together. Plenty of hustle.” 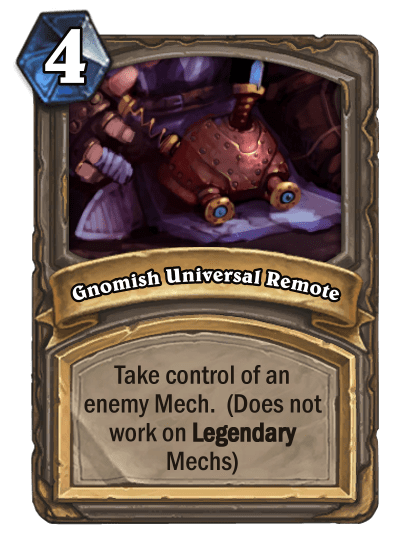 “Be careful with that now. I modified the hell out of it, sure, but it won’t work on every mech. Still, damn if it ain’t one of the best feelings in the world turning one of those mindless automatons into your own personalized puppet. Aheh.”

“And the J.D. Power Award for most inferior organisms snubbed in a single performance goes to…” 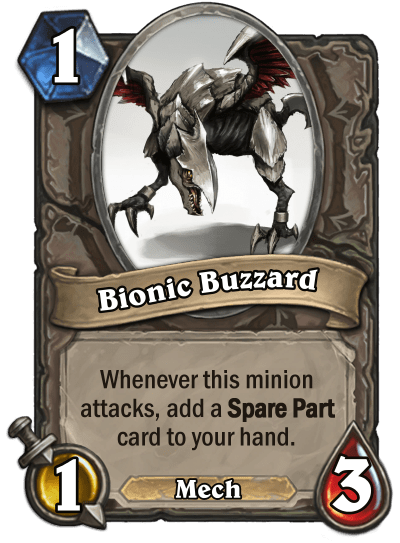 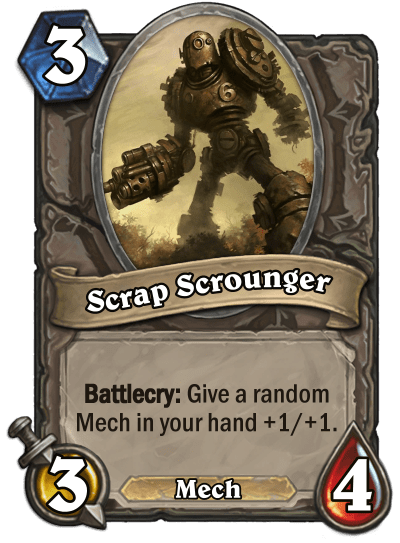 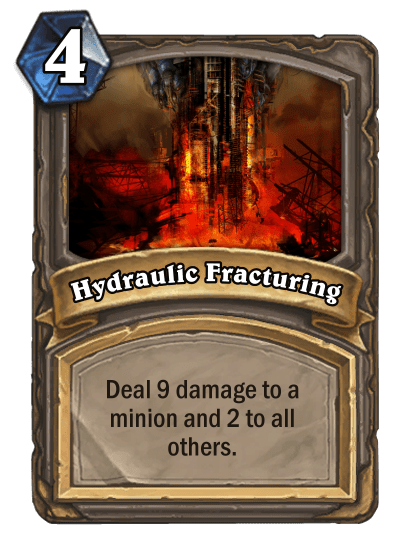 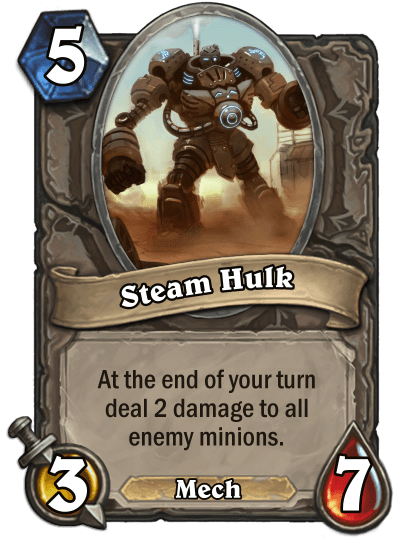 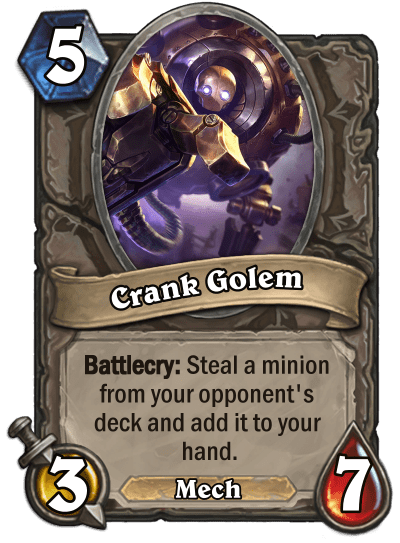 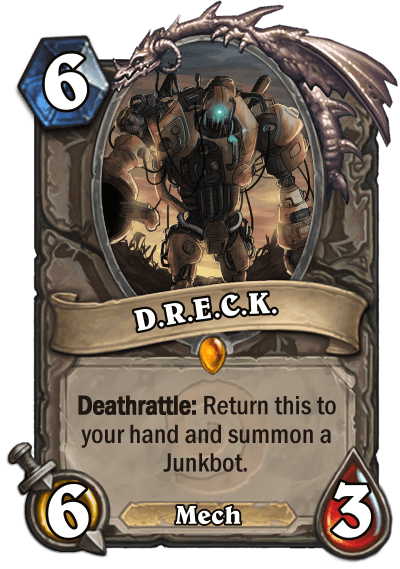 Did you like this custom Hearthstone adventure Forward, the Mechs? Be sure to check out our Return to Un’Goro adventure.

In this article:fan-made hearthstone adventure