You wake face-first in the cratered soil and lift your pounding head just enough to discern a figure with her hair in pig-tails crouching at the crater’s edge, poking you repeatedly in the side with a tree branch.

“I coulda sworn you were…” She looked at the branch in her hand. She looked back at you. Then she gave a sheepish smile.

“Oh, right. Sorry about that,” she said, tossing the the branch away. “Not that I’ve seen tons of dead bodies in my lifetime. If I were a betting woman — which I’m not, thank you very much, on account of a promise I made to me father, Borin Boldback — I’d ‘ave made the wager you were dead.” She coughed. “Glad you’re still with us though, stranger.”

“You can uh, have this back by the way,” she said, toeing the Netherweave Bag back down the crater lip beside your motionless body. “I didn’t take any of it, promise. Count your gold, it’s all there. Brinma Boldback may be a lot of things. But a thief’s not one of ’em.”

You finally manager to stammer something that sounds like, “W-what the hell happened? Where am I?”

“You hit that big head of yours pretty hard, didn’t ya? You’re in the beauteous primordial outback they call Un’Goro Crater. You’re lucky to be alive; your heli-ma-chopper-whatever-you-call-it over there didn’t make out quite as well.” She nodded towards a semicircle of towering kapok trees in the distance where the remains of your Flying Machine — a lopsided tail rotor, charred engine chunks and the melted tube-shape of cockpit glass — lay embedded in the tree canopy in a smoking heap.

RELATED:  Halo: The Master Chief Collection PC launch led to "largest addition of new players to the franchise since Halo 3"

“You should probably get that checked out, too.” She pointed to the bone sticking from your elbow. “I know a healer in the mountains yonder that can patch it up for ya — but you’ve gotta keep close. There’s all sorts of savage behemoths and untamed beasts roaming these parts…” 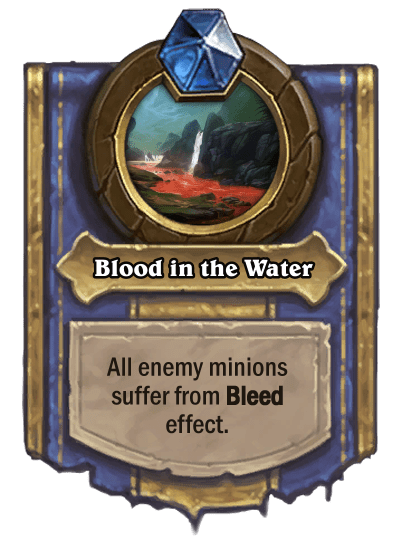 They can smell it.

Better-fed than his little brother.

Nobody tries to make luggage out of this guy.

You hear a leathery rasping from the cliff-face above. An enormous Pterrodax who had been camouflaged in the layers of neighboring mountain rock swooped suddenly from its perch. Its vast wings carving scythe-like through the air and a horrible shriek sounding from its sickle-sharp beak and before long it had snatched the piranhas from Brinma’s unsuspecting hands in its talons and zigzagged back the way it had come with an air of gaudy effortlessness.

Brinma lunged at the thing, somehow managed to clasp it by the tail, her stout legs kicking as it carried her off.

The two of you land in a quarry with the silk canopy of the pulled parachute draped like enormous bedsheets around your struggling forms. When you finally pull free Brinma whoops and claps her hands together.

Brinma rolls her sleeves up. You feel so lightheaded that you can barely stand; you claw at the mountainside, the charcoal-colored steeples of magmatic rock carouseling about your head.

Jump to Return to Un’Goro Part Two: The Cave of Rejuvenation.

RELATED:  A petition for the reinstatement of Bot Bootcamp in Halo Infinite
In this article:hearthstone