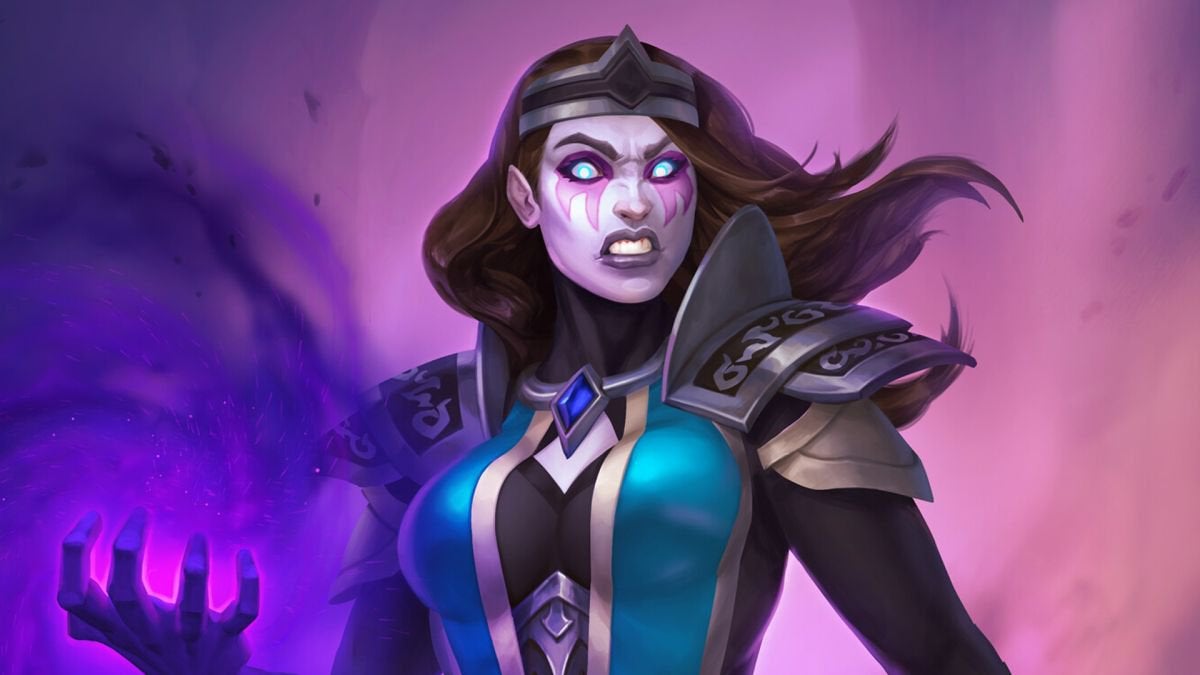 As Mindrender Illucia, Lady Barov’s Battlecry gives her the startling ability to swap hands and decks with an opponent for one whole turn, effectively disrupting Combo, Tempo, OTK and even Aggro decks if played correctly. 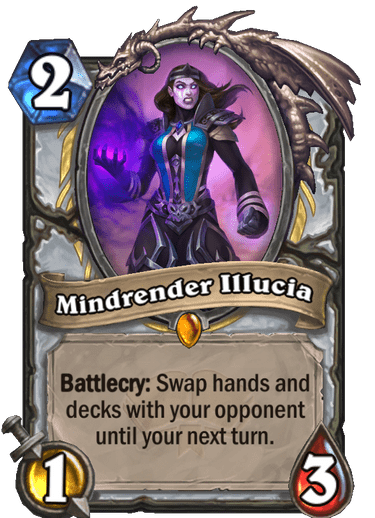 “…and that’s how I ended up with a Murloc Cultural Studies major.”

Battlecry: Swap hands and decks with your opponent until your next turn.

Imagine Quest Mage playing against Mindrender Illucia, only to have their quest reward/combo pieces burned in a single turn after the Priest plays her? Or playing an Aggro deck, seeing Mindrender Illucia get dropped, and then watching as your cheap minions get played while you watch haplessly with an 8-mana-cost spell in hand?

Mindrender Illucia is going to cause a lot of distress in Hearthstone‘s Scholomance Academy expansion. Do you think she’s as disruptive as her Battlecry implies? Let us know in the comments.

RELATED:  Lord Jaraxxus returns to Hearthstone in Hero Card form for the 2021 Core Set
In this article:blizzard, hearthstone: scholomance academy