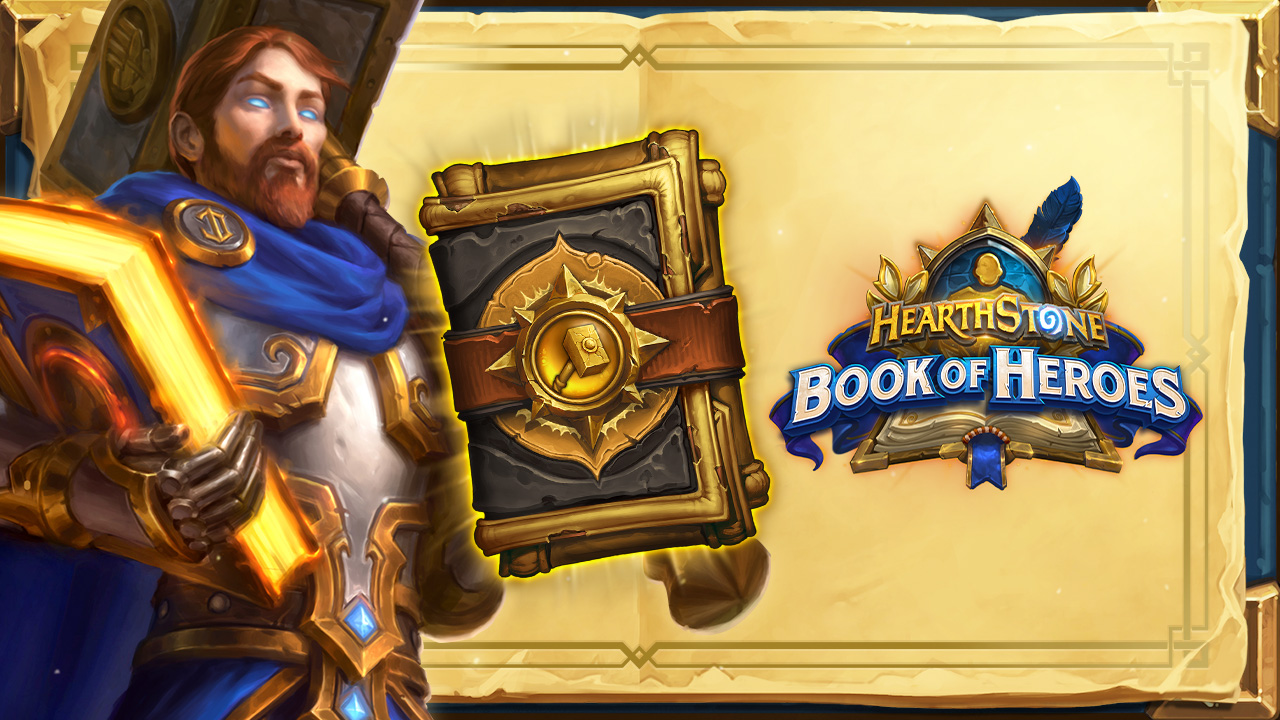 Uther Lightbringer is the focus of the latest Hearthstone Book of Heroes solo adventure, which follows the iconic Warcraft/World of Warcraft character as he evolves from one of the first Knights of the Silver Hand to one of the most iconic and respected paladins in the Azeroth. 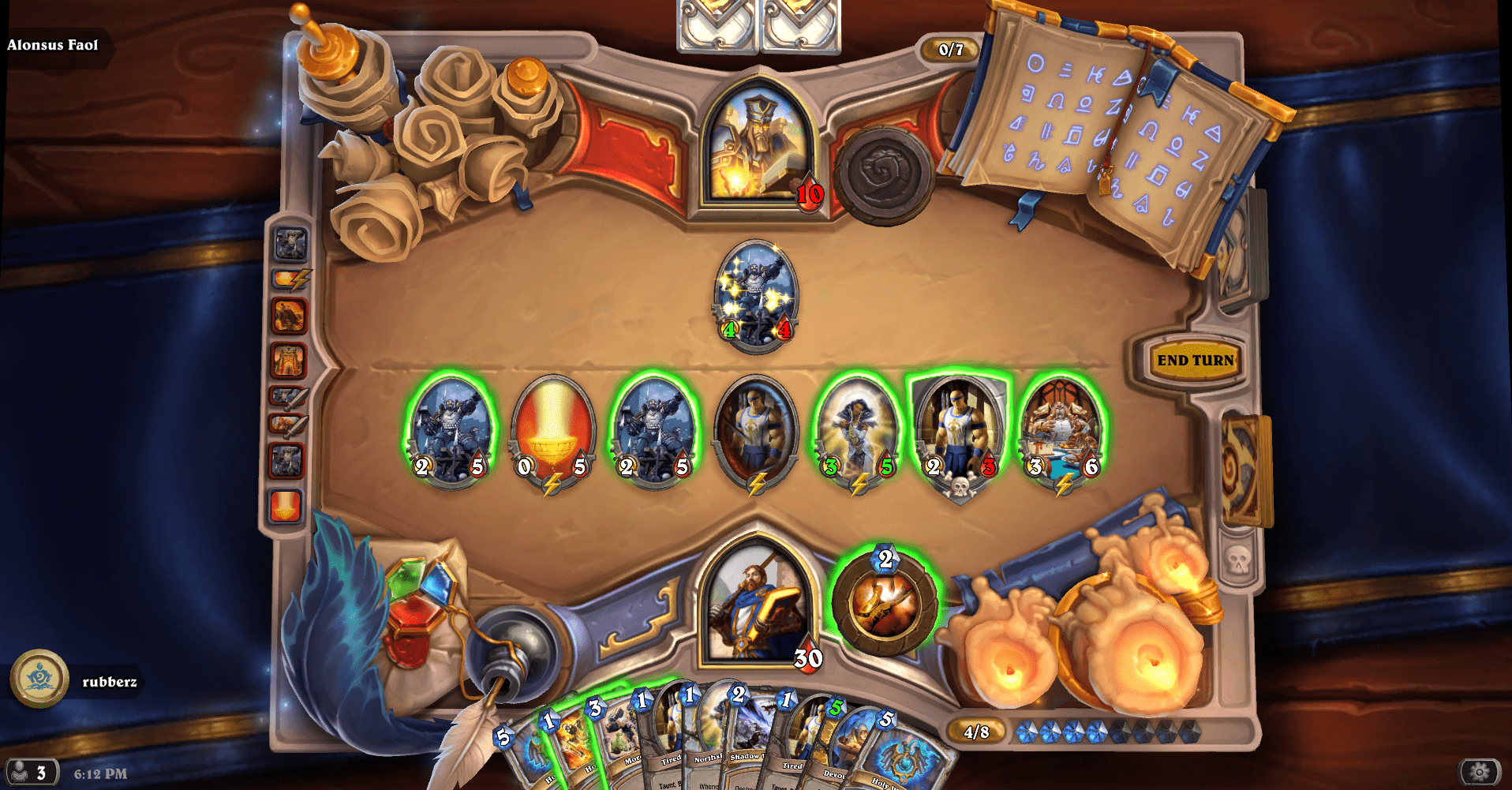 As most first challenges in Hearthstone Book of Heroes go, the battle against Alonsus Faol is straightforward one. You should have no trouble establishing board presence with Tired Recruit minions and keeping them alive with Uther’s Hero Power, Lesser Heal.

Uther will always draw the following cards in turns one through ten against Alonsus: 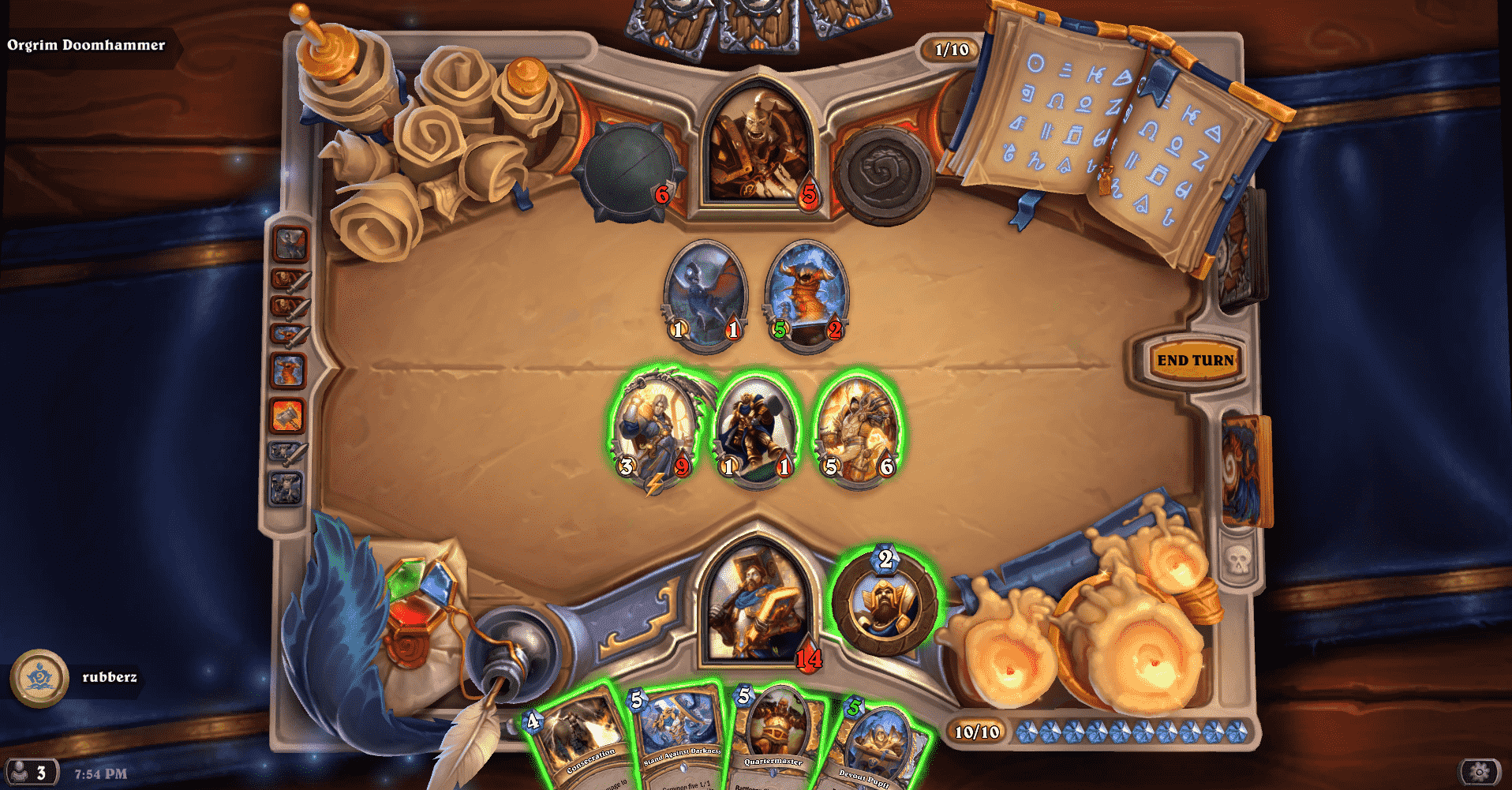 Uther Book of Heroes story description for Ogrim Doomhammer: “The Warchief of the Horde and his ruthless army move to conquer Lordaeron.”

Uther will always draw the following cards in turns one through ten against Ogrim Doomhammer:

Varok Saurfang, who will go on to become High Overlord Saurfang of the Horde (and one of the main characters in the recent World of Warcraft Battle for Azeroth expansion), is a prominent warrior of the Blackrock Clan. He served as Ogrim Doomhammer, the previous boss in the Uther Book of Heroes solo adventure’s second-in-command during the Second War.

Uther Book of Heroes story description for Varok Saurfang: “Though the Horde retreats, their legendary warriors are still a great threat to the Alliance.” 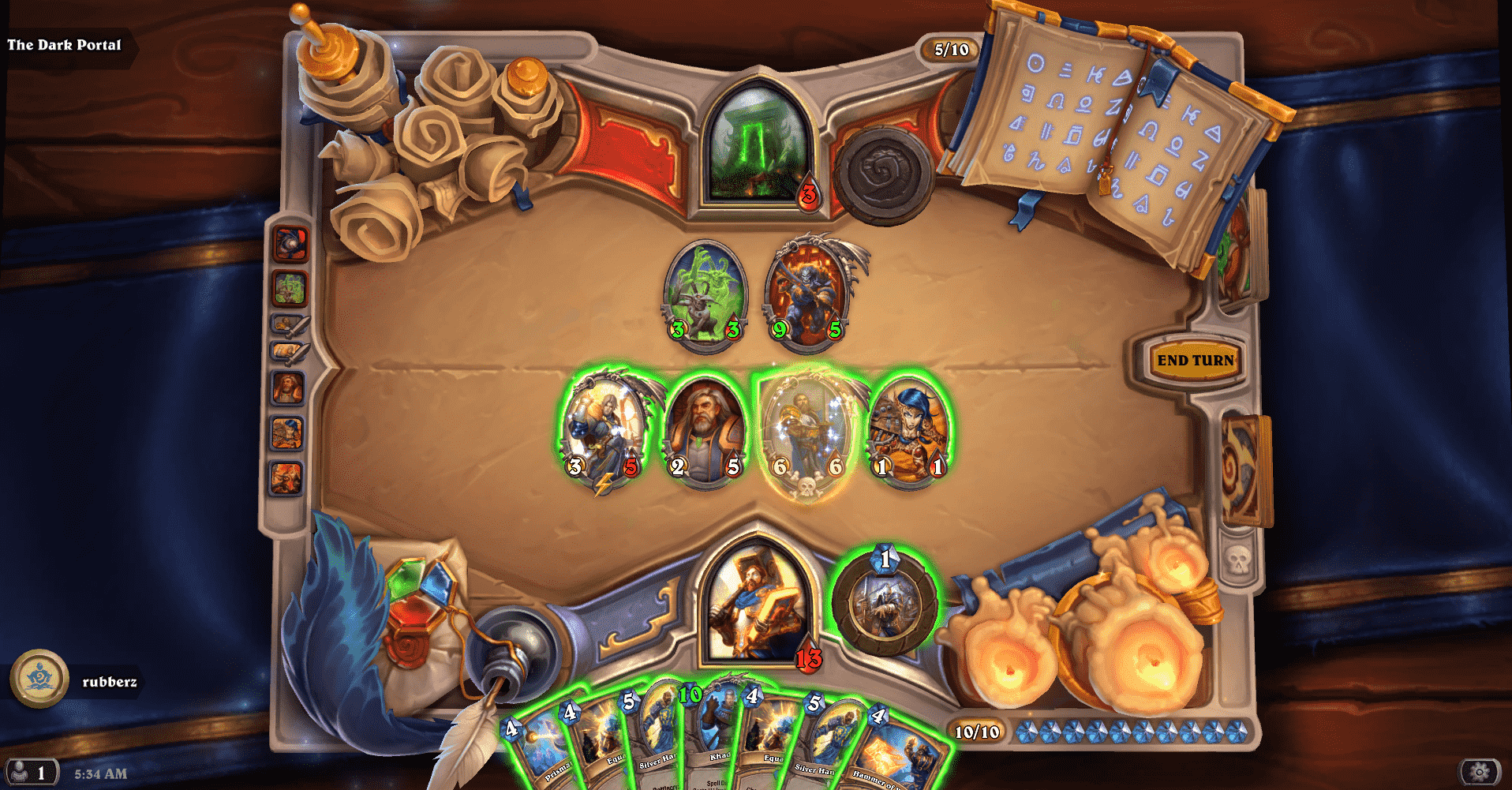 Uther Book of Heroes story quote for The Dark Portal: “The Horde came from this mysterious portal, and now they seek to return to it while they still can.”

The Dark Portal can be a very difficult battle, especially considering how quickly it can flood the board and the ease with which it can buff these minions with its Hero Power, Grim Retreat.

Uther will always draw cards in the following order for turns one through ten: 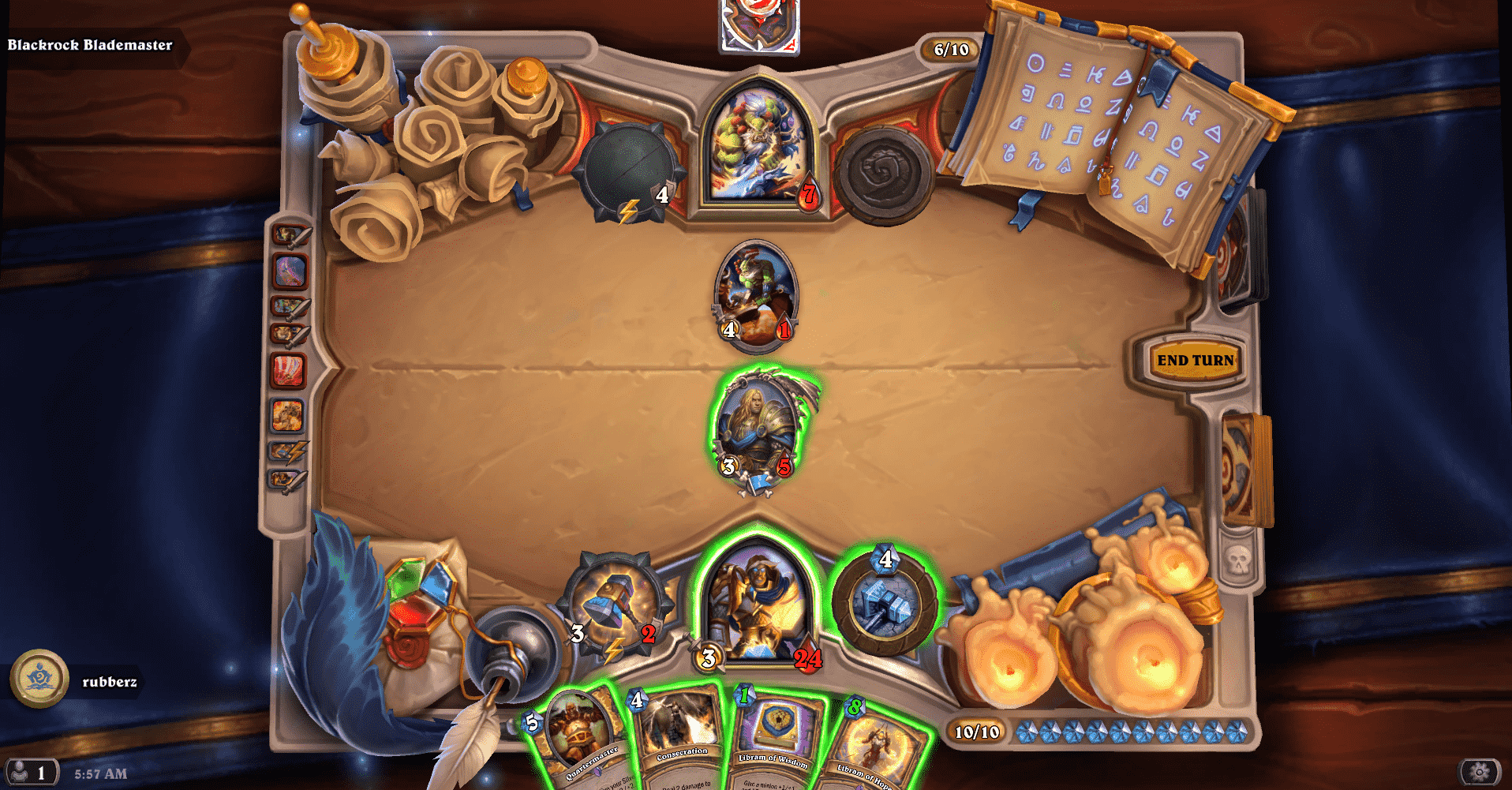 Uther will always draw the following cards for turns one through eleven. 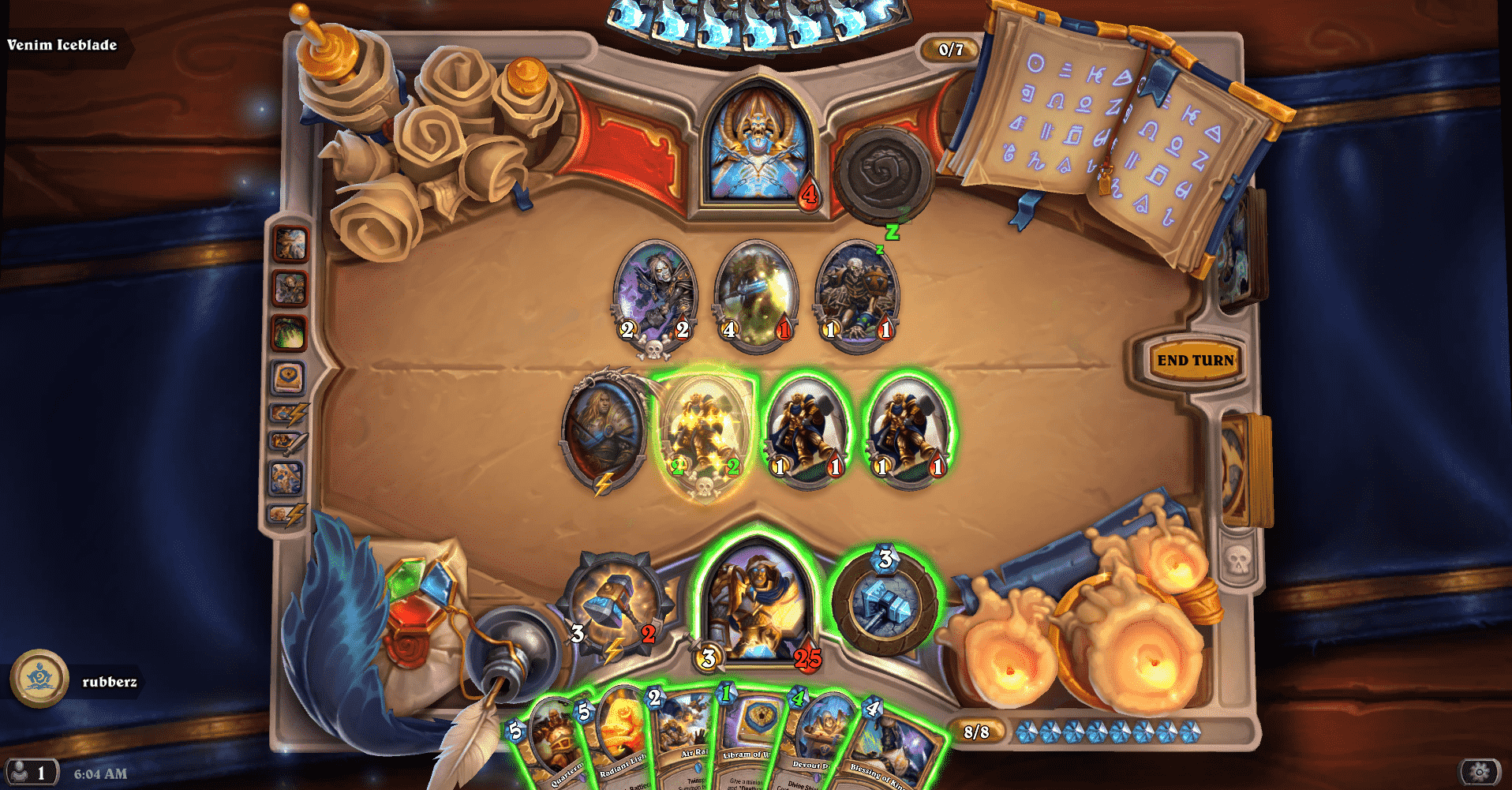 Venim Iceblade is a powerful and renowned lich who fought against the forces of the Alliance in The Scourge of Lordaeron campaign of Warcraft III.

Uther Book of Heroes story quote for Venim Iceblade: “Arthas and Jaina were ambushed while investigating a new plague outside the city.”

Venim’s Hero Power: Infection (0-mana), At the end of your turn, transform a non-Legendary enemy minion into a 1/1 Skeleton and take control of it.

Uther will always draw the following cards for turns one through eleven:

RELATED:  A look back at all the bosses in Donkey Kong Country 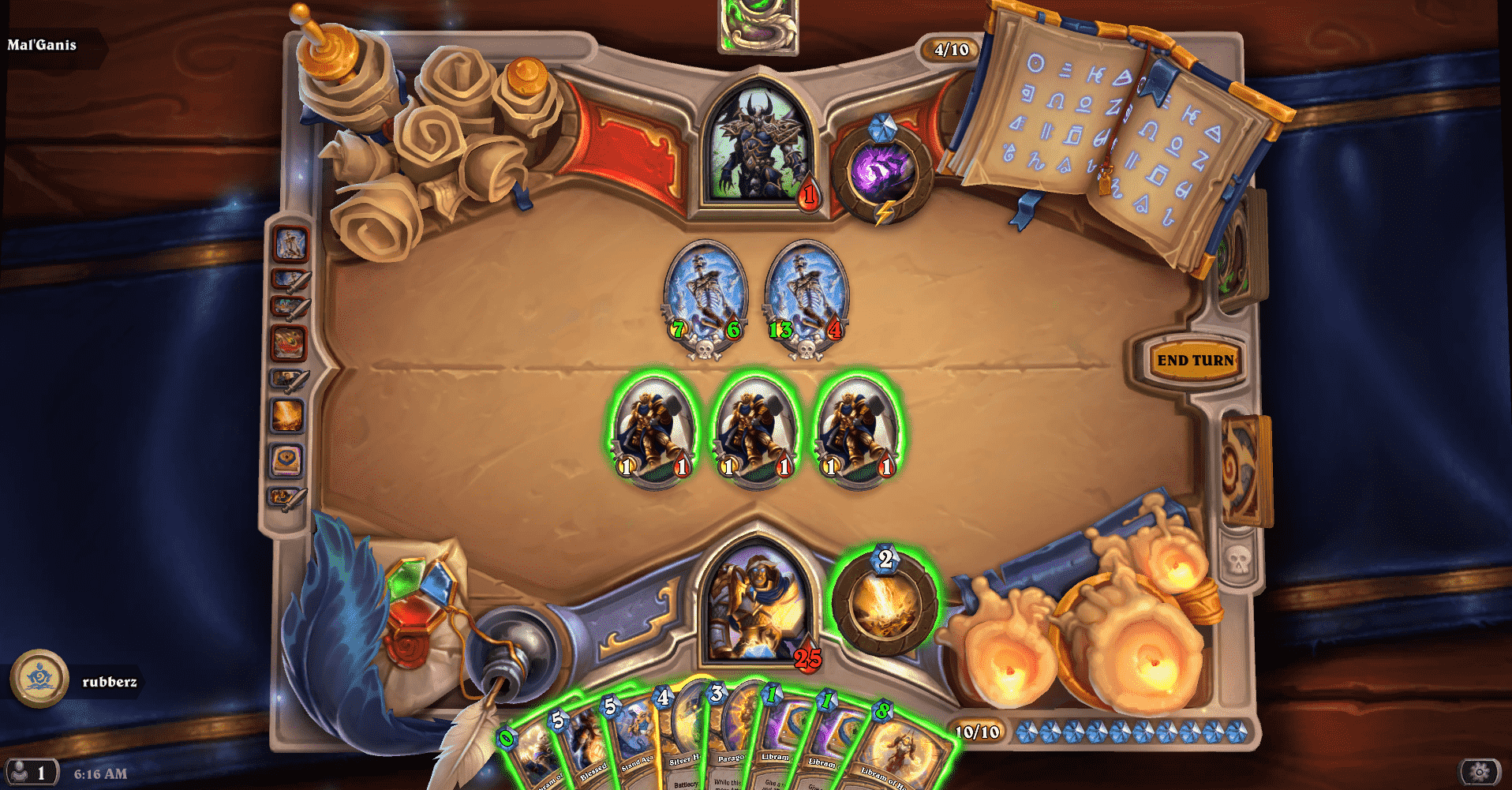 Mal’ganis’ Hero Power: Nathrezim’s Favor (Passive Hero Power), At the end of your turn, give your left and right-most minions +3/+3.

Uther will draw always draw the following cards in turns one through eleven during the battle with Mal’ganis: 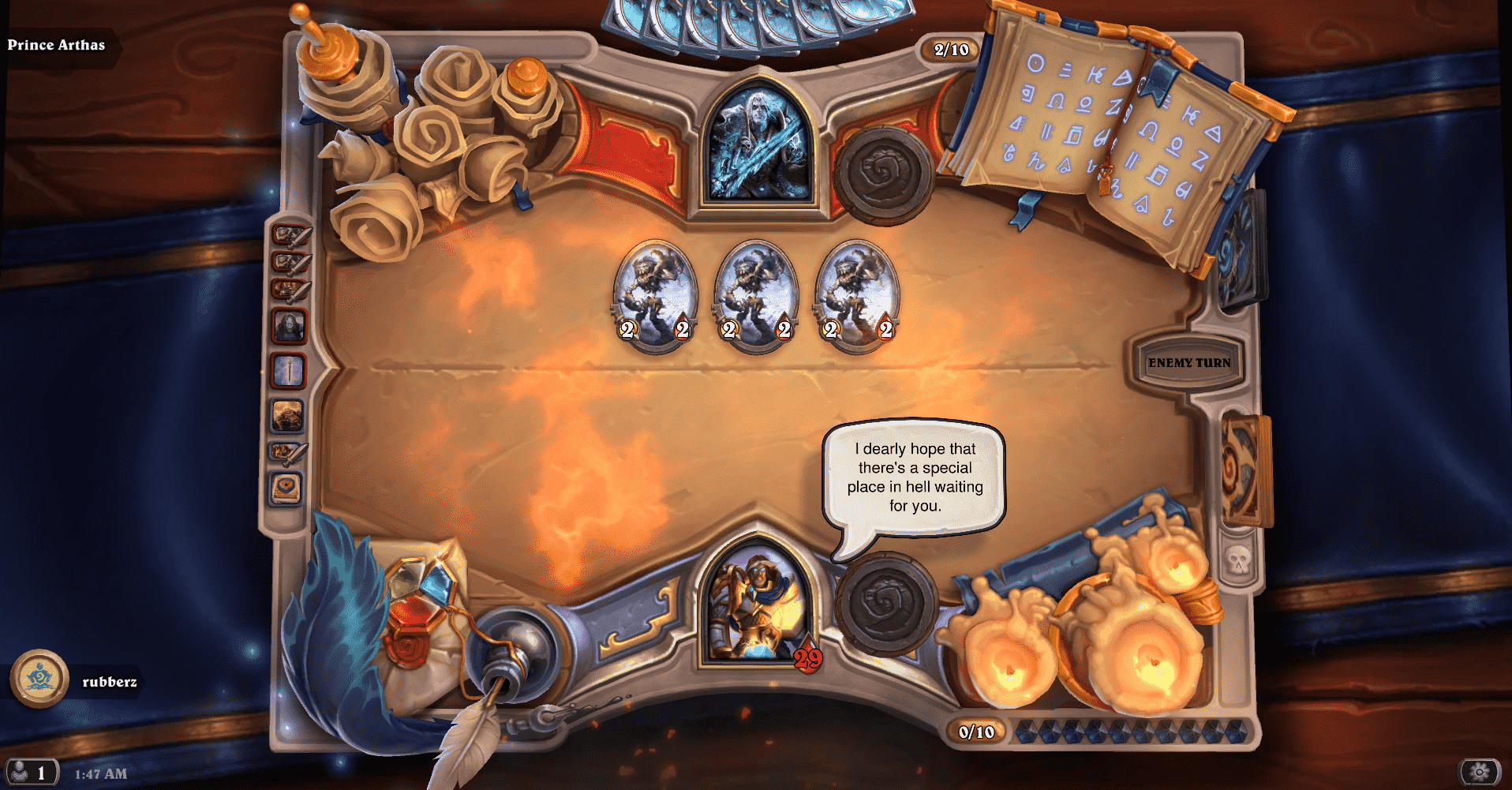 Naturally, Prince Arthas, who has made the transformation into a Death Knight at this point in the narrative, is the most difficult boss to defeat in the Uther Book of Heroes solo adventure. Don’t get discouraged if you need to give this challenge at least a few (or even several) tries, as you’ll have to survive 12 turns with a boss touting a powerful Hero Power and a stacked deck more than capable of having Uther out like a light.

Fortunately, there are ways to make the fight less difficult:

Uther will always draw the following cards on turns one through eleven during the battle with Prince Arthas:

Did our Uther Book of Heroes guide help shed some light on defeating all of Uther’s adversaries in the solo adventure? Are you still having trouble with an aspect of the Uther Book of Heroes adventure that we might be able to help you further with or add to this guide? Let us know in the comments.