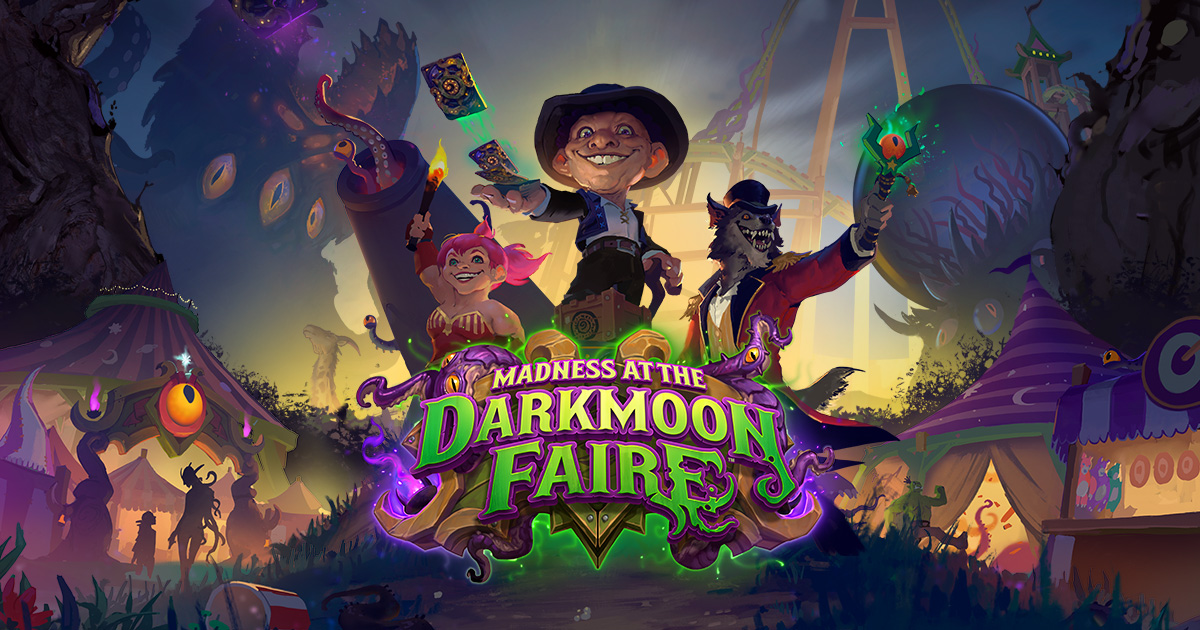 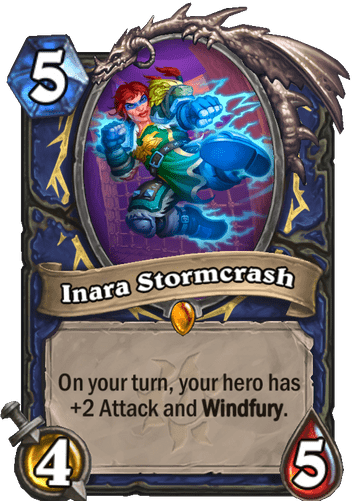 Although Inara Stormcrash figures to be the crux of weapon attacking Shaman decks in Madness at the Darkmoon Faire, the card’s “Doomhammer as a body effect” might be strong enough to stand on its own regardless of which Shaman deck it’s included in, as a few attack buffs and Rockbiter Weapon are enough to make this card lethal without any other auxiliary effects. For instance, equipping Rune Dagger after playing Inara Stormcrash plus 2 Lightning Bolts would be 16 damage for a total cost of 7 mana.

What do you think of Inara Stormcrash? Do you think she’ll be an auto include minion in Shaman decks or a potentially dangerous centerpiece for certain Shaman archetypes? Could Inara serve to bolster the ostensibly underwhelming Whack-A-Gnoll Hammer to serviceable levels? Let us know in the comments.