There may be no better introduction for the new Legendary Warrior minion bringing the tastiest of licks our way in the upcoming Madness at the Darkmoon Faire expansion: “There are Old Gods and then there are Rock Gods.”

That’s right, Elite Tauren Chieftain (the successor to his original card, which has been subsequently Hall of Fame-ed) makes his triumphant return to Hearthstone, this time in God of Metal, Legendary Warrior minion form. E.T.C., God of Metal’s card effect synergizes with Rush minions, dealing 2 damage to the enemy Hero every time a Rush minion attacks. 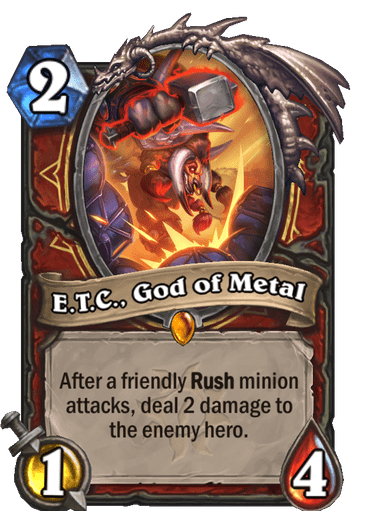 Although it remains to be seen how useful this card will be in battle, E.T.C., God of Metal’s cheap mana cost and the potential to work in cohesion with Galakrond Warrior decks and Rush cards such as Animated Broomstick, Restless Mummy, Scion of Ruin and Doctor Krastinov give it plenty of promise.

What do you think of E.T.C., God of Metal, the newest Legendary Warrior minion in the upcoming Hearthstone Madness at the Darkmoon Faire expansion? Let us know in the comments.

RELATED:  New Outriders patch boosts Legendary drop rates by 100%
In this article:madness at the darkmoon faire 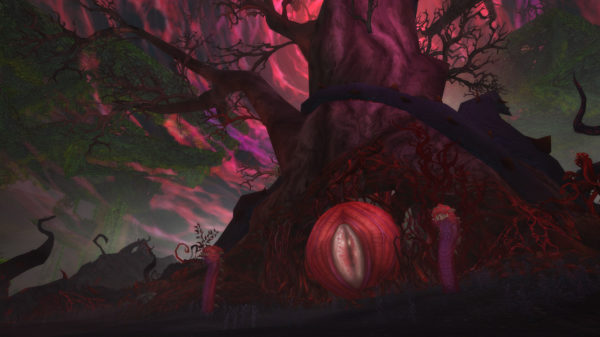