The Rogue and Warrior classes gain one of the most infamously reprehensible characters in World of Warcraft history, the character who will become the torturer and supplier of body parts for Scholomance’s necromancy experiments — Doctor Krastinov, “The Butcher.” 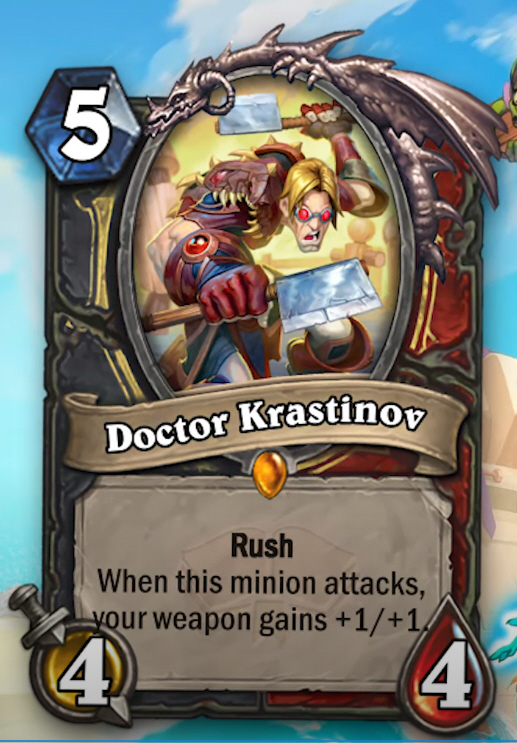 Doctor Krastinov’s card effect is an interesting amalgam of Darius Crowley and Captain Greenskin, and right off the bat it seems the weapon buff/extra charge will be very useful for Pirate Warrior decks. Although Galakrond Rogue has been the most popular Rogue deck as of late, don’t sleep on Tempo Rogue — the Rogue class has some great weapons as well, which means Krastinov could be advantageous for both Rogue and Warrior decks if the meta happens to unfold that way.

What do you think of Hearthstone Scholomance Academy’s brand-new Rogue and Warrior Legendary minion, Doctor Krastinov? Does this mean we’ll be getting a Kirtonos the Herald card? Let us know in the comments.