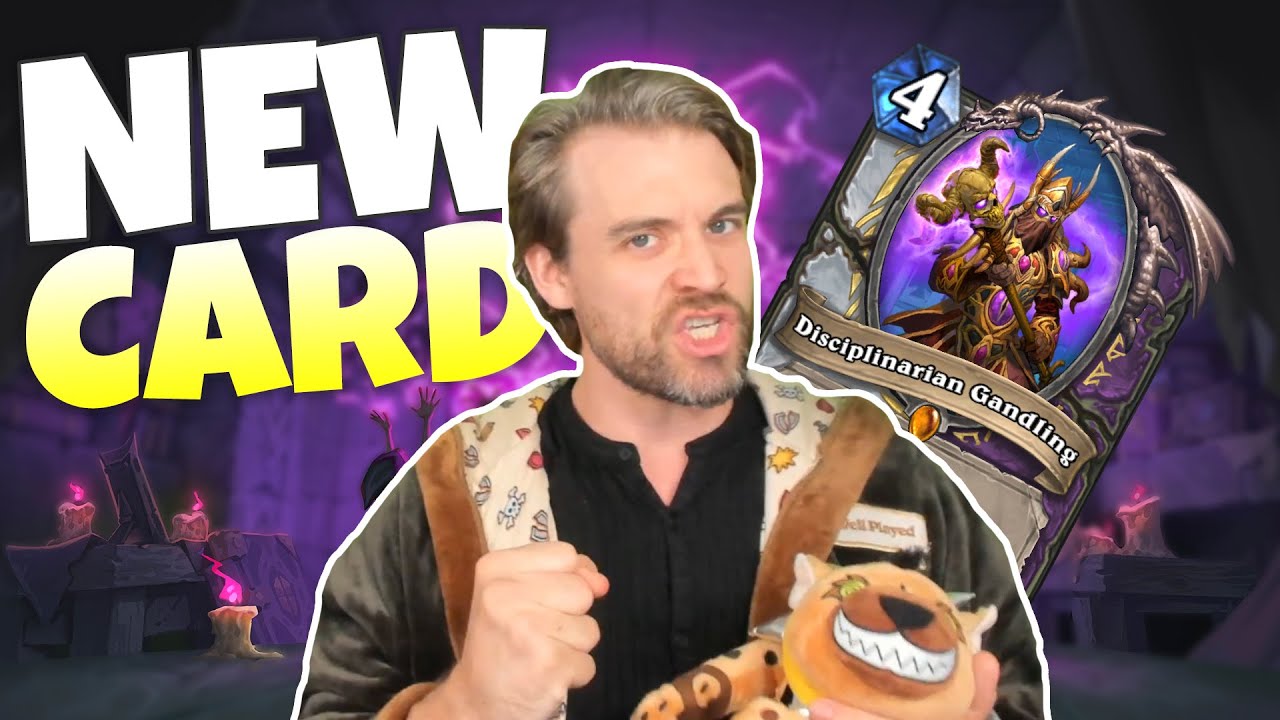 The Priest and Warlock classes will gain what appears to be a powerful new card in Disciplinarian Gandling, a 3 Attack, 6 Health minion whose Aura effect should prove extremely useful in Token/Zoo decks. 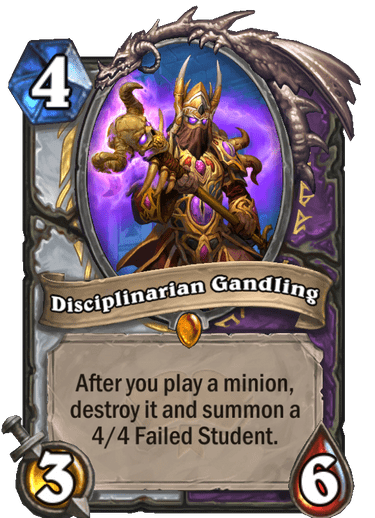 “He doesn’t grade on a curve, but on a sharp spike instead.”

After you play a minion, destroy it and summon a 4/4 Failed Student.

Disciplinarian Gandling will most likely become a staple card in Zoo Warlock decks but will it be as integral to Priest decks? A resurgence in Deathrattle Priest perhaps?