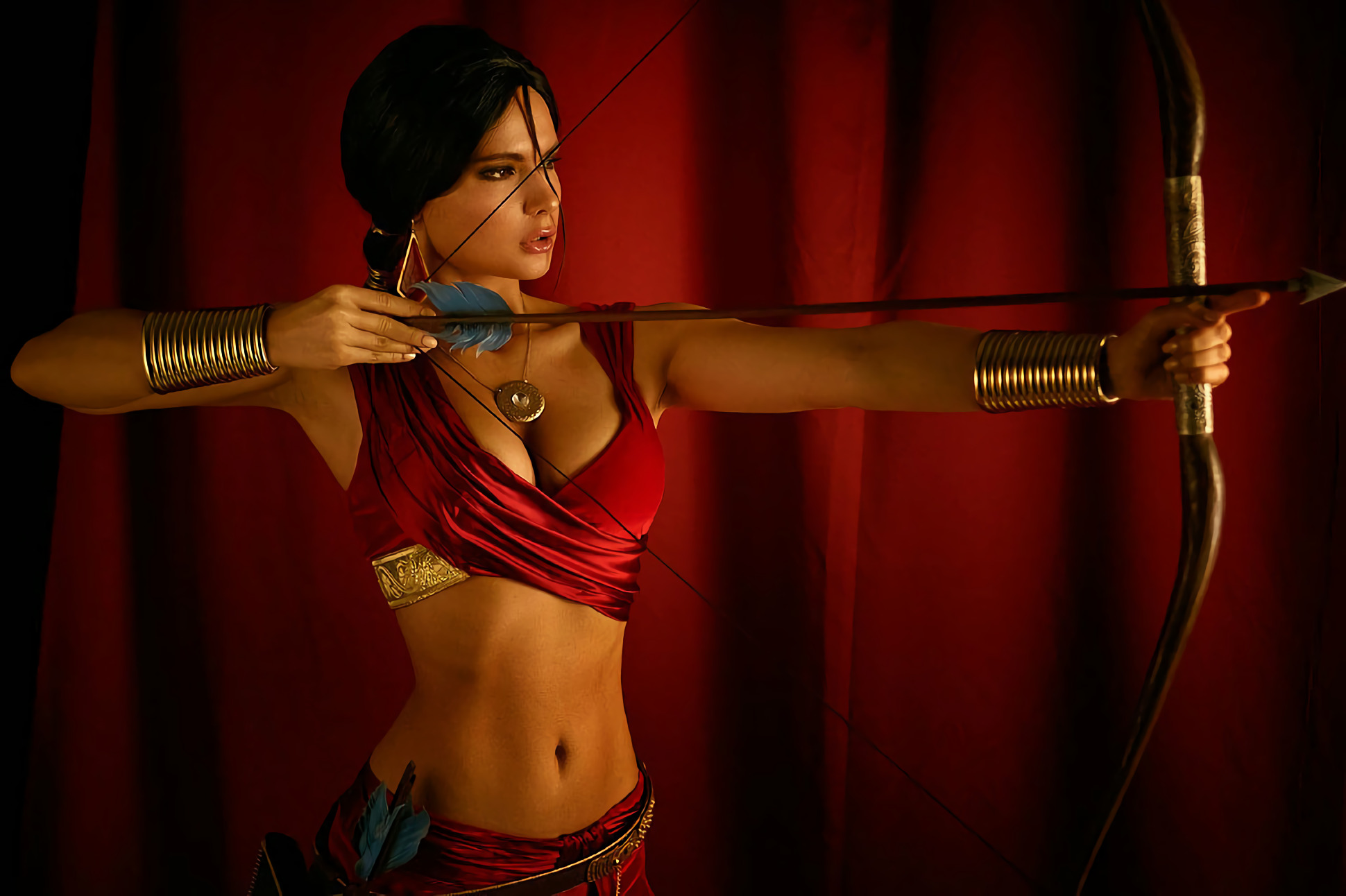 Although fans were underwhelmed by some of the character models, flat lighting and overall art direction in the recently announced Prince of Persia: Sands of Time remake, one thing is for certain — this Farah cosplay from cosplayer Jannet Vinogradova AKA Jannet Incosplay is anything but underwhelming. She brings the bow and arrow wielding, Medallion of Time keeping Princess of India to life with aplomb in the following gallery.

What PoP game is your favorite and why? 🧐This princess deserves more attention! Crazy days at my Patreon .com /jannet 😍 I keep going to give new Farrah pics and full photoshoots of her and Kaileena 🎁🥳😱💃🏼 Join the 50 tier for both or any tier for Princess Farrah + usuall rewards 💌🥰 #princeofpercia #princessfarrah #cosplay #game

As I promise good news! New pics of Farrah at this month! Check your Farrah link or ask me in DM for her 😀 If you 50 tier ask me Farrah and Kaileena full collections 🥰 Patreon.com/ jannet 💌 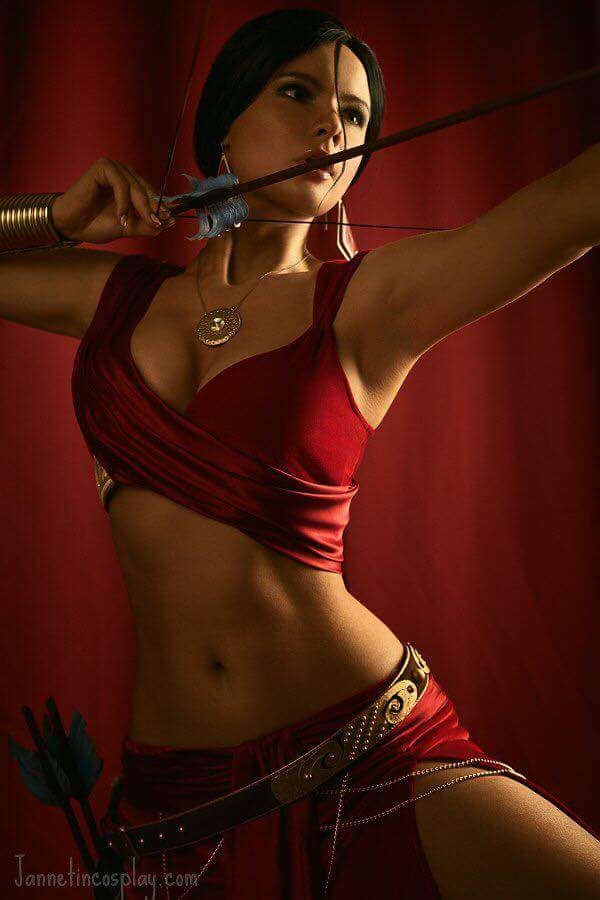 The name “Farah” is of Arabic origin and means “joy”, “happiness”, “amusement” and “mirth”.

Prince of Persia remake? Sands of Time will come back! Do you know what exactly they changed there? 😍 For this event, Farrah and Kaileena are gonna be extra gifts this month at my Patreon! 20 tier Farrah, 50 tier both 😍👏🏻🎁 #princeofpersia #game #geek #cosplay #ubisoft 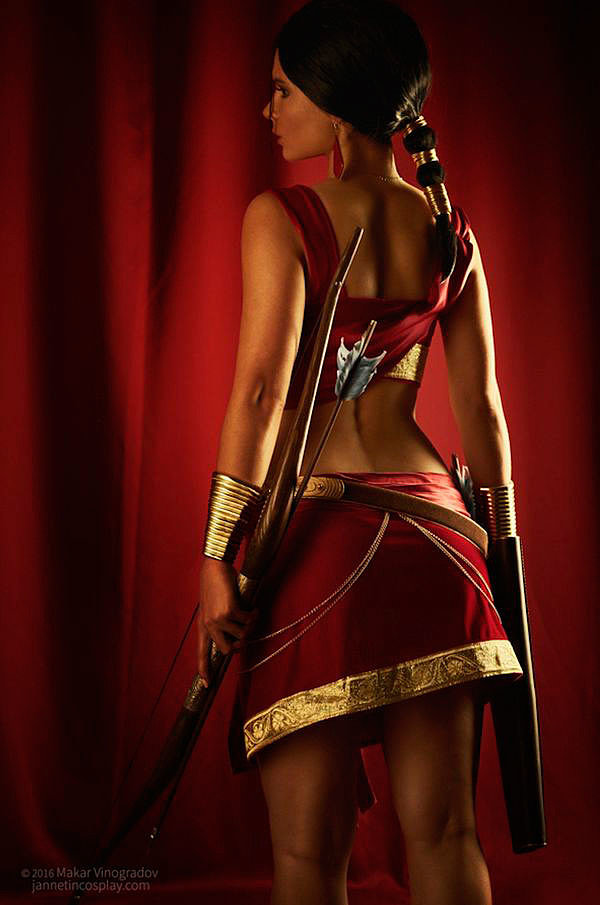 Farah’s description from the Prince of Persia: Sands of Time instruction booklet: “The beautiful daughter of a conquered Indian Maharajah, Farah has every reason to hate the Prince who has destroyed her world. But the Prince has the Dagger of Time – the only weapon that can defend against the horrors he has unleashed. So Farah must stay close to him, if she wants to survive…”

What did you think of this Prince of Persia: Farah cosplay by Jannetincosplay? Let us know in the comments.

To show Jannetincosplay’s work some support, be sure to visit her official website.

RELATED:  The Witcher 3: Wild Hunt: Ciri cosplay by Narga-Lifestream
In this article: 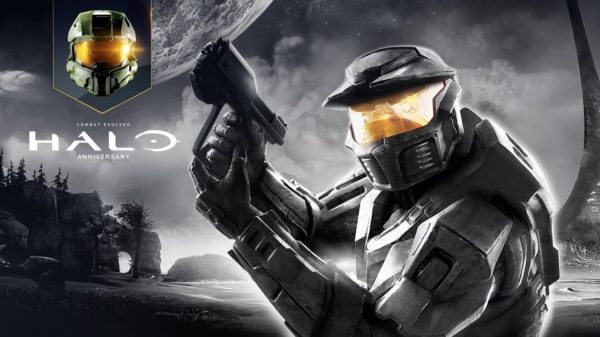 “It’s time to dust off the ol’ Needler.” Fans who were curious whether or not Halo: The Master Chief Collection would be among the... 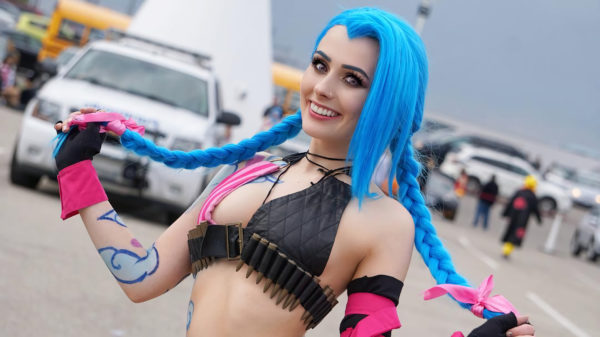 Rolyat describes herself as “Just a dork who likes to cosplay.” And we’re glad she likes cosplaying so much, because her video game cosplays...

Sony recently added a free theme to the Playstation Store which expresses support for the Black Lives Matter movement. The theme features a black...