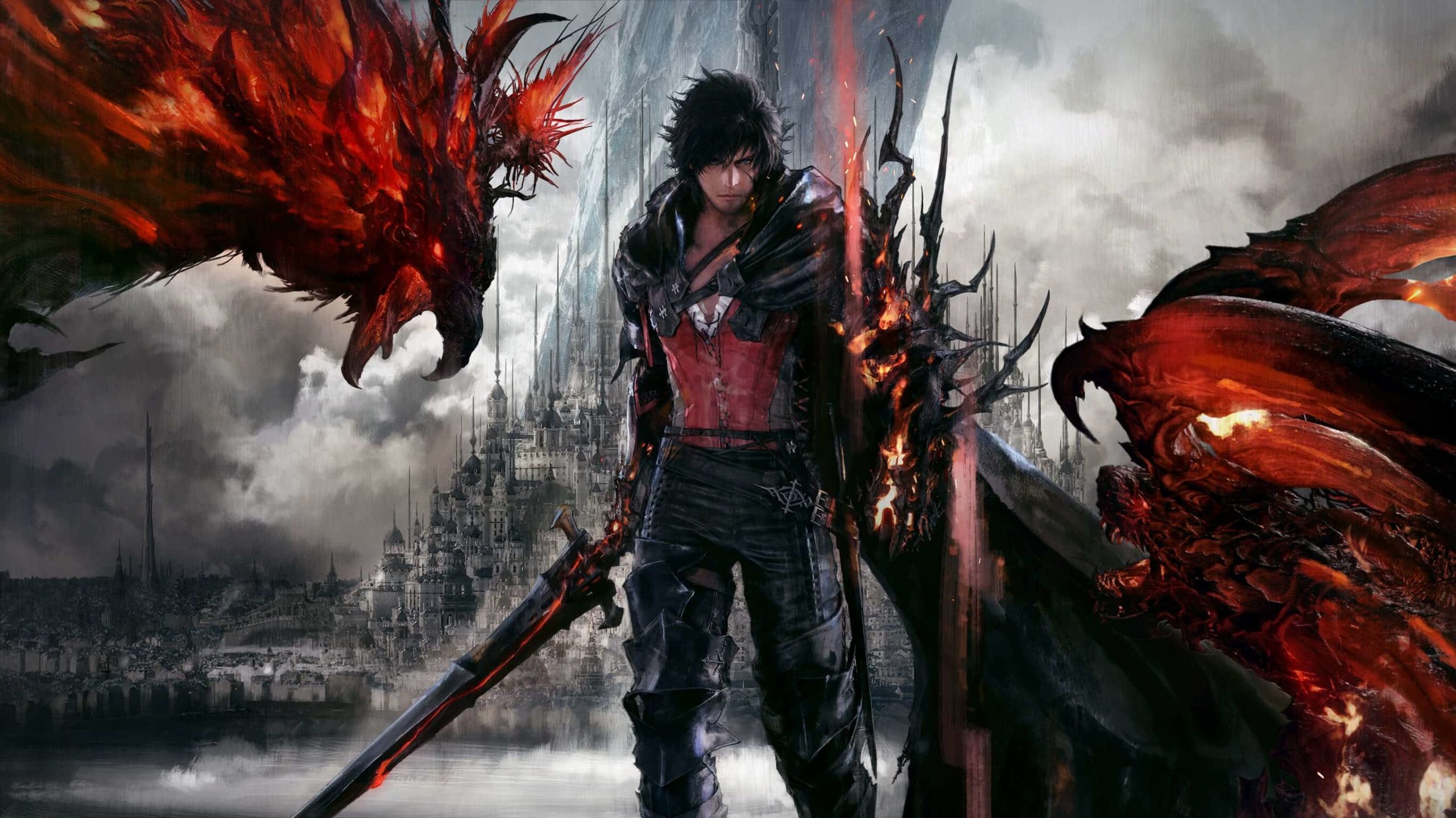 Clive, a dark-haired figure clad all in black, holds a sword which matches his attire — obsidian black from point to pommel, save the magmatic-looking, orange-red streak running down the middle of the blade. The website describes Clive as the firstborn son of the Archduke of Rosaria who, despite being the eldest, saw his prophesied responsibility as inheritor of the Phoenix’s flames instead given to his younger brother Joshua. In an ironic twist of fate, Clive commits himself to mastering the blade and become so proficient that he is appointed First Shield of Rosario, a position designated with guarding the bearer of the Phoenix, his own brother. 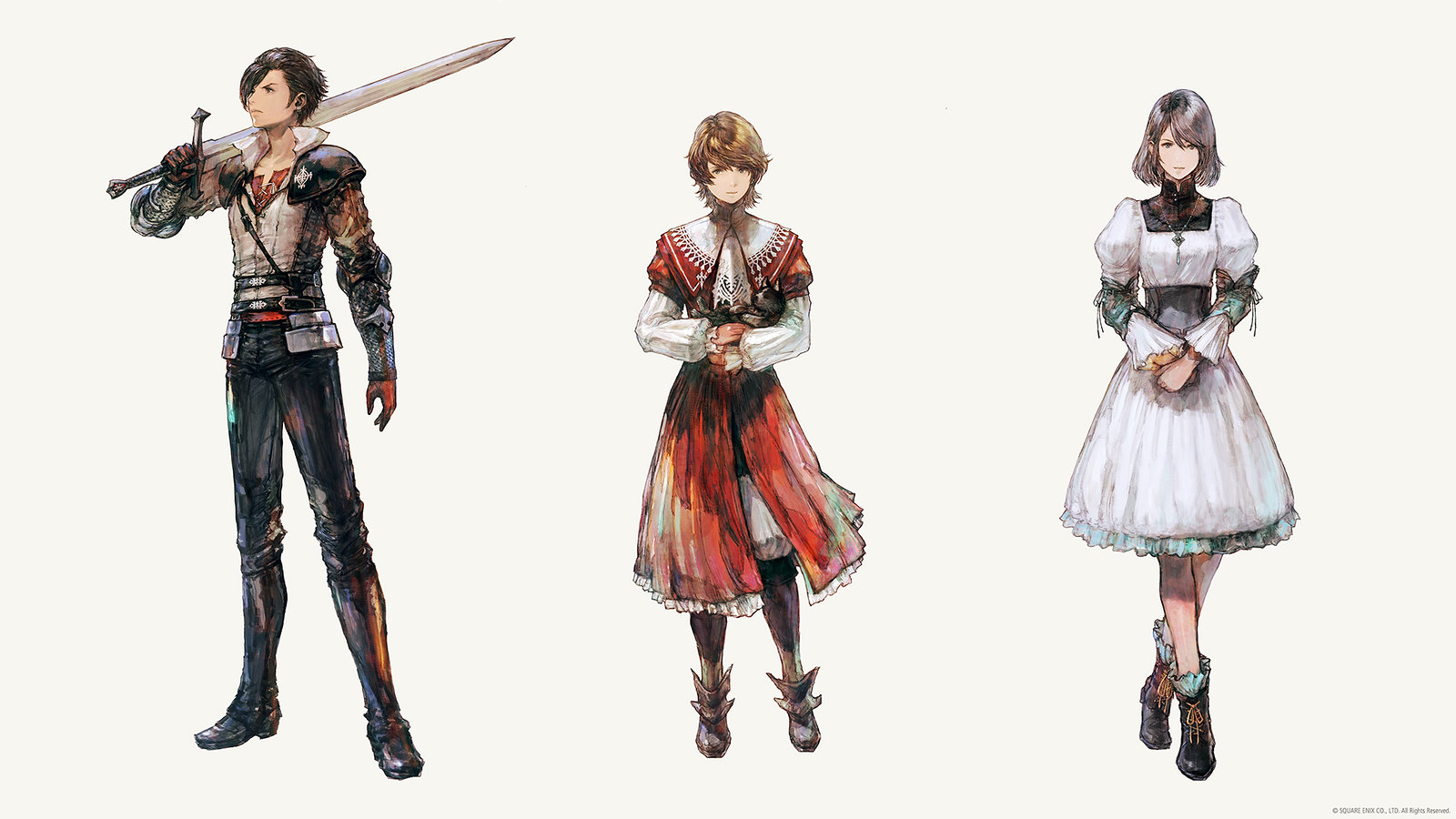 Caging Clive in on either side on the main page of the website are Eikons, mythic looking beasts who are the same dark, orange-red color as the streak running down his sword blade; Eikons are described as the “most powerful and deadly creatures” in all of Valisthea, the crystal-laden land in which Final Fantasy XVI takes place. Eikons are controlled by Dominants, who are the only individuals able to summon them. In some places, Dominants and their Eikons are revered as royalty; in others, they’re treated as weapons of war.

According to Final Fantasy XVI producer Naoki Yoshida, “In the ‘Awakening’ trailer, Eikons such as the Phoenix, Titan, Shiva, and Ifrit make an appearance. As for questions about how many other Eikons there are in Valisthea, who they are, and what will happen when they come to blows, well… you’ll just have to wait for a future reveal to find out!” 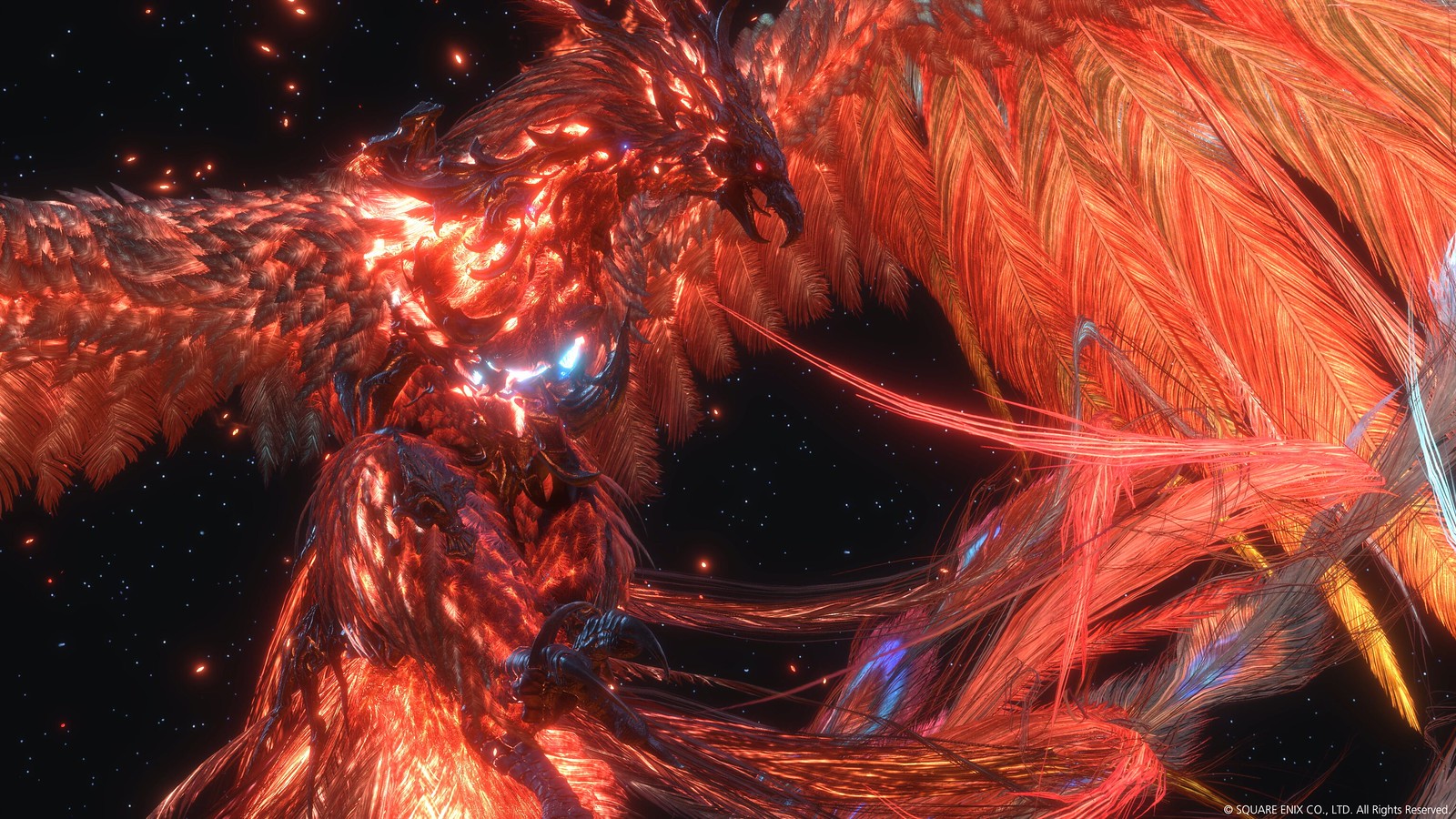 The Final Fantasy XVI website also delves into the different nations found in Valisthea as well, which include The Grandy Duchy of Rosaria, The Holy Empire of Sanbreque, The Kingdom of Waloed, The Dhalmekian Republic, The Iron Kingdom, and The Crystalline Dominion. Each Valisthean nation has control over their respective Mothercrystal, “glittering mountains of crystal that tower over the realms around them, blessing them with aether.” The Mothercrystals are both tourist attractions and fonts of magical energy. Of course, these nations, their Mothercrystals and their Eikons don’t live in perfect harmony (otherwise we wouldn’t have a game) and this conflict is one of the biggest catalysts for the journey which we undertake with young Clive and both whoever stands with him and whoever he’ll link up with along the way. One such character is Jill Warrick, a young woman who raised alongside Clive and Joshua and one of their closest confidantes.

What did you think of the first reveal for Final Fantasy XVI, including the “Awakening” trailer, Clive Rosfield, the auxiliary characters and the mysterious Eikons? Let us know in the comments.