The trailer for Teenage Mutant Ninja Turtles: Shredder’s Revenge sees the Heroes in a Half Shell — Leonardo, Donatello, Raphael and Michelangelo, who are introduced via the iconic theme song from the Fred Wolf series whose lyrics any ’90s kid still has memorized thirty years later — taking on mortal nemeses the Shredder, Krang and the Foot Clan once again in a pixel art styled, side-scrolling, four player gameplay environment that looks amazingly like a long-lost sequel to the two aforementioned TMNT arcade games, right down to the palette-swapped Foot Soldiers, characters getting thrown face-first into the screen and April O’Neil wearing a yellow jumpsuit.

The Konami-influenced game will be handled by publisher Dotemu and developer Tribute Games. Dotemu is known for such retro-infused games as Streets of Rage 4, Windjammers 2, and Wonder Boy: The Dragon’s Trap while Tribute Games is credited with Flinthook, Mercenary Kings, Panzer Paladin and Wizord, as well as the Scott Pilgrim vs. The World: The Game and the 2007 TMNT for the Gameboy Advance.

With Bebop and Rocksteady amassing gizmos to support Krang and Shredder’s latest scheme, Teenage Mutant Ninja Turtles: Shredder’s Revenge finds the turtles battling through a breathless tour of iconic TMNT locations to thwart their nemeses’ most diabolical plan yet. Armed with shell-shocking new abilities built on a foundation of classic brawling mechanics, the gang are in for an exhilarating, Foot Clan-stomping romp leading them through the sewers and bustling boroughs of New York City all the way to Dimension X.

While there is no release date for Teenage Mutant Ninja Turtles: Shredder’s Revenge yet, the game is expected to be released for all major consoles as well as PC platforms. 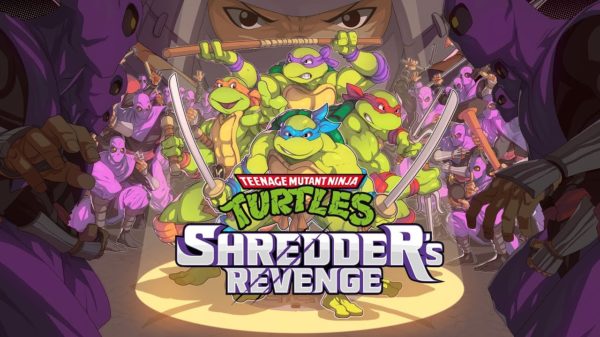