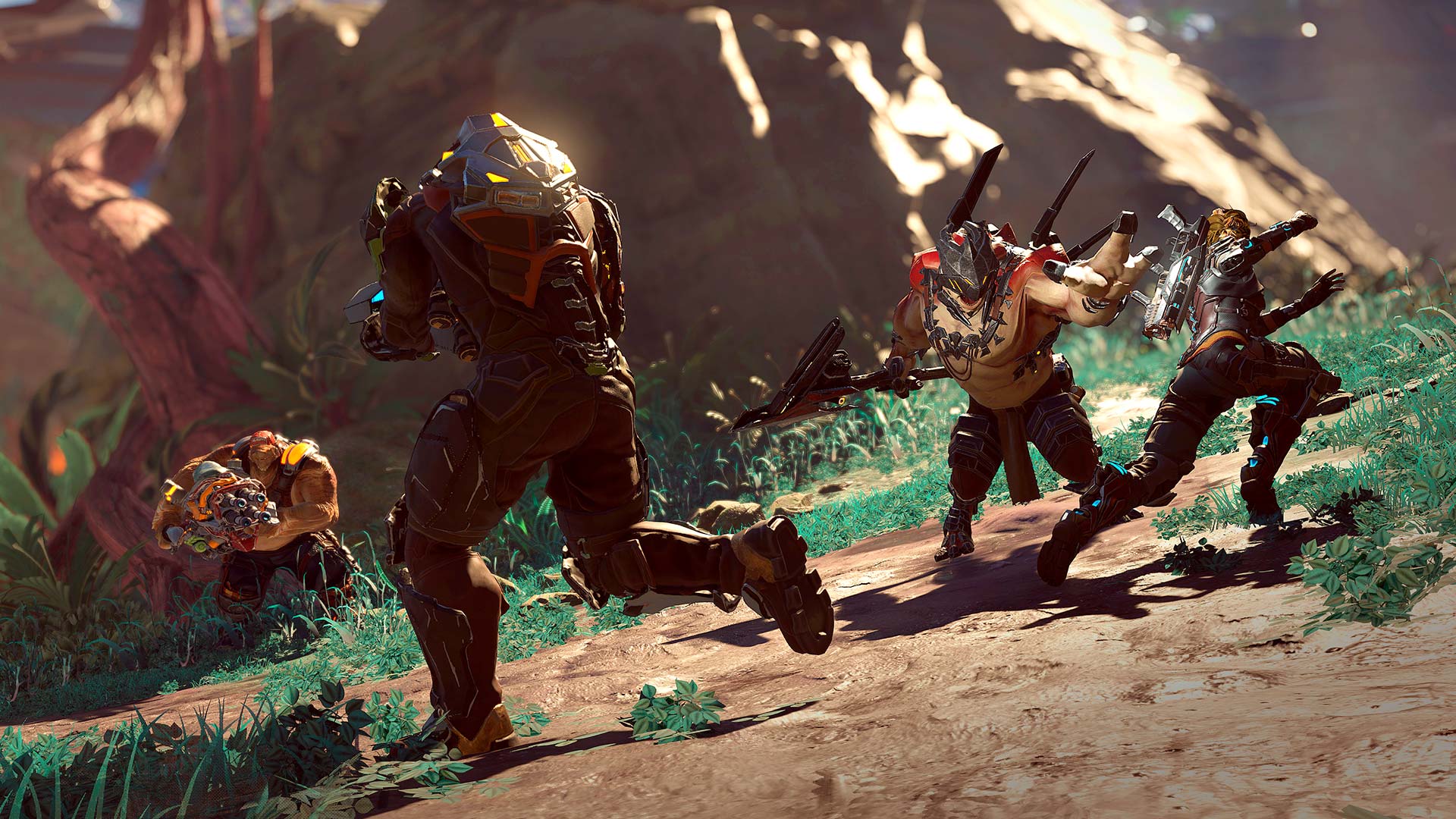 The game will mark the e-commerce titan’s first foray into the realm of big-budget, original games, with previous releases from the company’s gaming division having been relegated to mostly Android app titles.

Crucible places players in the role of Hunters, characters with their own unique sets of abilities and weaponry. Players will be able to choose upgrade paths for Hunters, which will effect the methodology of their playstyle in combat; for instance, players can bolster their Hunter’s damage output by selecting all damage output talents or refine their Hunter with utility talents and other tricks. Hunters level up by way of Essence, glowing, blue globules with incredible properties that are dropped by enemies, creatures and rewarded for controlling objectives.

There will be ten different Hunters available to choose from at launch (of which four have been officially revealed thus far) including including Bugg, a gardening robot who grows his seeds into lethal turrets; Earl, a chubby, quad-cannon-toting alien with high health and self-healing abilities; Ajorah, an amphibious, blue-skinned alien who wields a harpoon gun and utilizes mines; and Captain Mendoza, a hardened soldier and combat veteran with a pulse rifle. There’s also an anthropomorphic, goggle-wearing, technology-utilizing bunny/rodent creature who draws a striking resemblance to Rocket Raccoon that hasn’t been officially revealed yet but is sure to be a fan favorite (or most hated enemy, given what looks to be a smaller stature and hitbox than the other characters).

Amazon has designed Crucible with the zeitgeist of today’s most popular games (such as Blizzard’s Overwatch, Valve’s Dota 2, Respawn’s Apex Legends and Epic’s Fortnite) in mind by offering three distinctive modes: one mode, called Heart of Hives features a four-versus-four approach, pitting two teams against A.I. controlled opponents. A second mode, called Alpha Hunters, pits eight teams of two against each other, battle royale style. The final mode, Harvester Command, draws influence from MOBA games by placing two teams of eight against one another in a competition for Essence; players can level up mid-game ala League of Legends or Dota 2 to gain access to new abilities.

Amazon’s Crucible will be available to download on Steam on May 20th.

In this article:amazon game studios, crucible

Amazon Games’ track record with video games hasn’t been the most praiseworthy since its inception in 2012, with five promising and big-name titles, including...