The long wait for Cyberpunk 2077 is over and already the game is shattering record with over 8 million preorders and the new Steam record for most concurrent players in a single-player game. That being said, as many of the early reviews for the game have noted, there are plenty of bugs to be found, even with the Day One console update in effect.

One of the major complaints regarding Cyberpunk 2077‘s graphics are a constant blurriness which make it look like the main character V suffers from nearsightedness, farsightedness and astigmatism all at once (a problem you don’t think one would have to worry about in the future). In other words, the game is unnecessarily blurry, even if you’re trying to pervade the whole retro, cinematic ’80s look. You can make Cyberpunk 2077’s graphics look better on the PS4, Xbox One and PC with a few simple tweaks. Here’s how.

How to make Cyberpunk 2077‘s graphics look better on PS4, Xbox One

The easiest way to make Cyberpunk 2077‘s graphics look better is to into the settings (go into the Options menu, then the Graphics menu) and turn off Film Grain and Chromatic Aberration. These two settings are turned on in the default by CD Projekt Red to give the game the “cinematic ’80s look” we mentioned earlier. For some reason that CDPR may have overlooked or perhaps in their efforts to pervade a certain visual fidelity, these settings in their default mode seem to be turned up way too high for the average PS4 and Xbox One player. You can also turn off Lens Flare and Depth of Field for a noticeably clearer image as well.

Reddit user houska22 from the Cyberpunkgame subreddit took the following images with Chromatic Aberration on and off to show the surprising difference in quality: 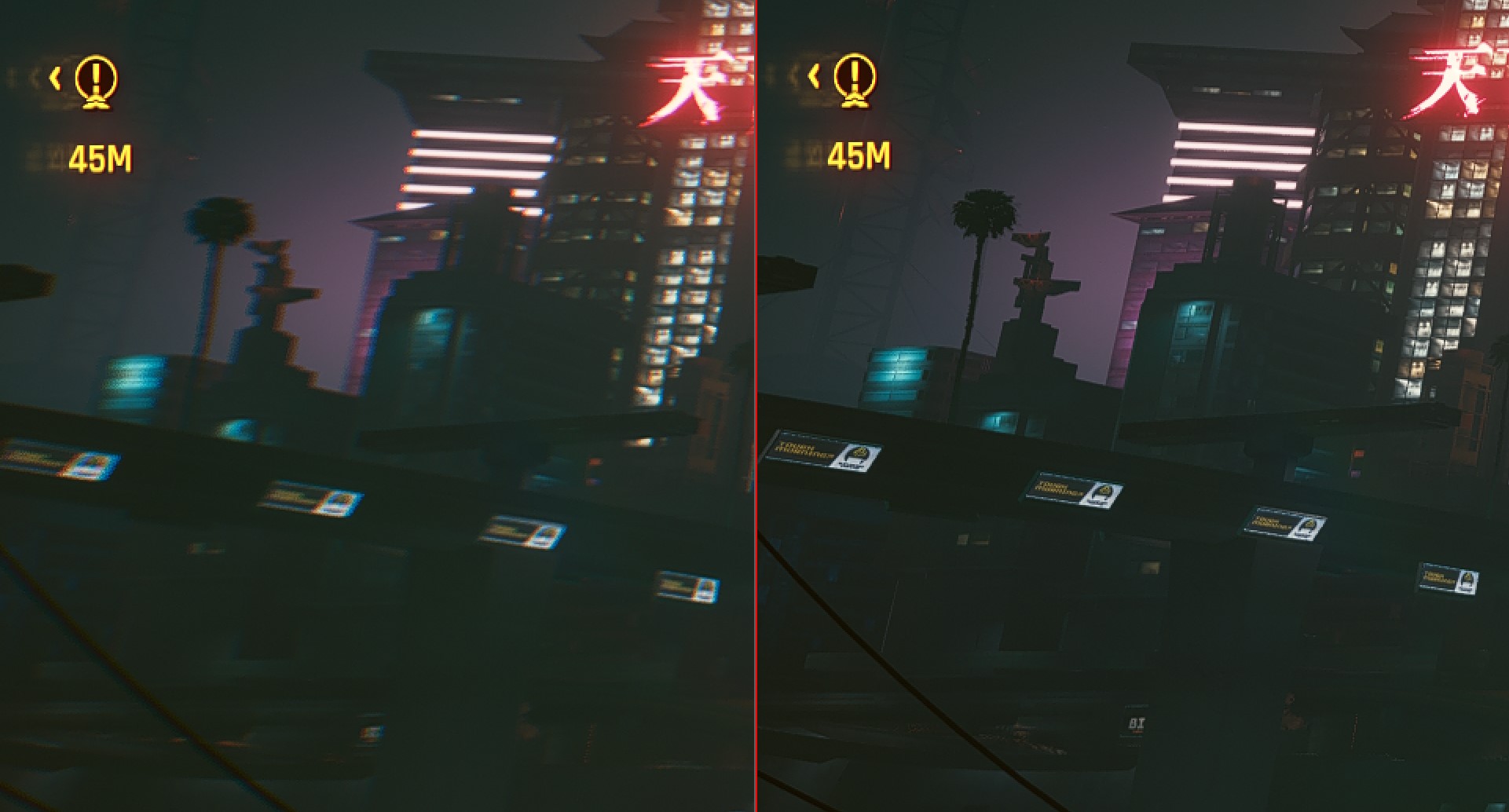 How to make Cyberpunk 2077‘s graphics look better on PC

In addition to the aforementioned settings adjustments to make Cyberpunk 2077‘s graphics look better on the console versions of the game, you can also try the following tweaks to make it look better if you’re playing the PC version. First of all, make sure your Nvidia drivers are updated to the latest version. There are new drivers which have been designed specifically with Cyberpunk 2077 in mind. Make sure to select a clean install and then restart your computer when it’s done. If you’re still having issues, you may have to uninstall and reinstall the latest drivers a few times to ensure that they integrate correctly.

Keep in mind the following system requirements for Cyberpunk 2077 on PC:

Did these fine-tunes and tweaks regarding how to make Cyberpunk 2077‘s graphics look better on your respective gaming systems? Let us know in the comments.