As of this writing, the official Pokemon.com PokeDex states, “This Pokemon does not evolve” for Basculin, the green-scaled, barracuda-looking fish Pokemon first introduced in the Generation V games.

That’s all about to change with the upcoming Pokemon Legends: Arceus, the first-ever open world Pokemon game and prequel which takes place in a feudal Japanese version of the Sinnoh region we know and love from Pokemon Diamond and Pearl.

Enter Basculegion, a new Basculin evolution exclusive to Hisui (the historic region in which the game takes place). The latest Pokemon Legends: Arceus trailer revealed this evolution, alongside three other region-exclusive Pokemon on Wednesday. Basculegion is a Water/Ghost type which nearly triples Basculin’s size and comes complete with a evolutionary description which wouldn’t seem out of place on our Weirdest, Most Disturbing PokeDex Entries of all time list. 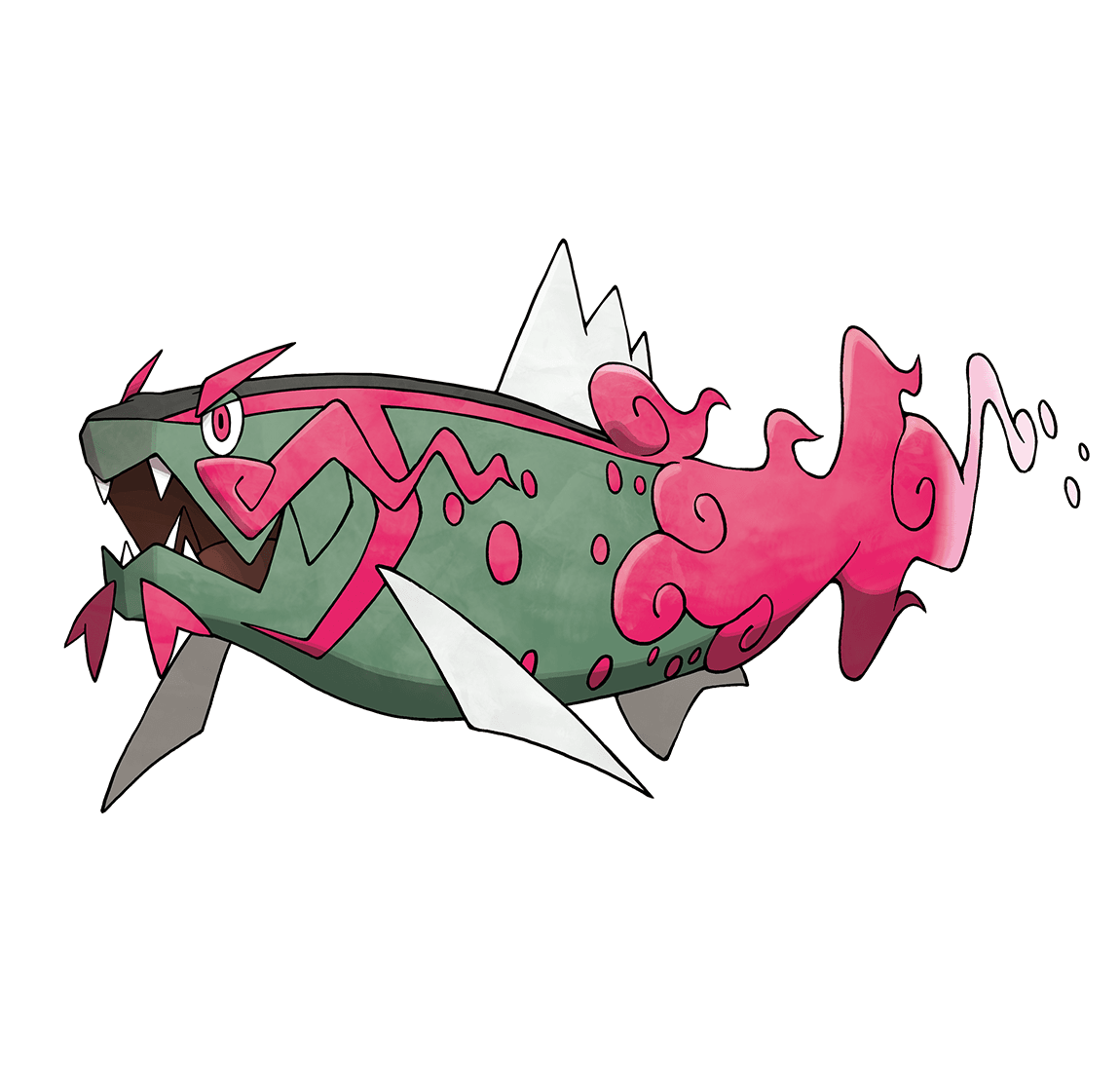 According to the official Pokemon Legends: Arceus description, Basculegion’s evolution occurs when:

> A Basculin is possessed by the souls of other Basculin from its school that could not withstand the harsh journey upstream. Basculegion fights together with these souls, which attack opponents as if with a will of their own.”

Does that make Basculegion the first Pokemon necromancer in the series? Or Aragorn from Return of the King?

Jokes notwithstanding, Basculegion isn’t the only new Pokemon who will make its first appearance in Hisui. Besides the new Basculin evolution, the latest Pokemon Legends: Arceus trailer also revealed Wyrdeer, a bushy, white-bearded evolution of Stantler who according to its official description “has been treasured since long ago by the people of this region, for whom it is indispensable”; and a Hisui variant of Growlithe sporting a sheepdog moptop and a luxuriant wave of chest-hair. (Arcanine is one of our favorite Pokemon designs from Gen. 1, so we can’t wait to see what the Hisuian Arcanine looks like.) 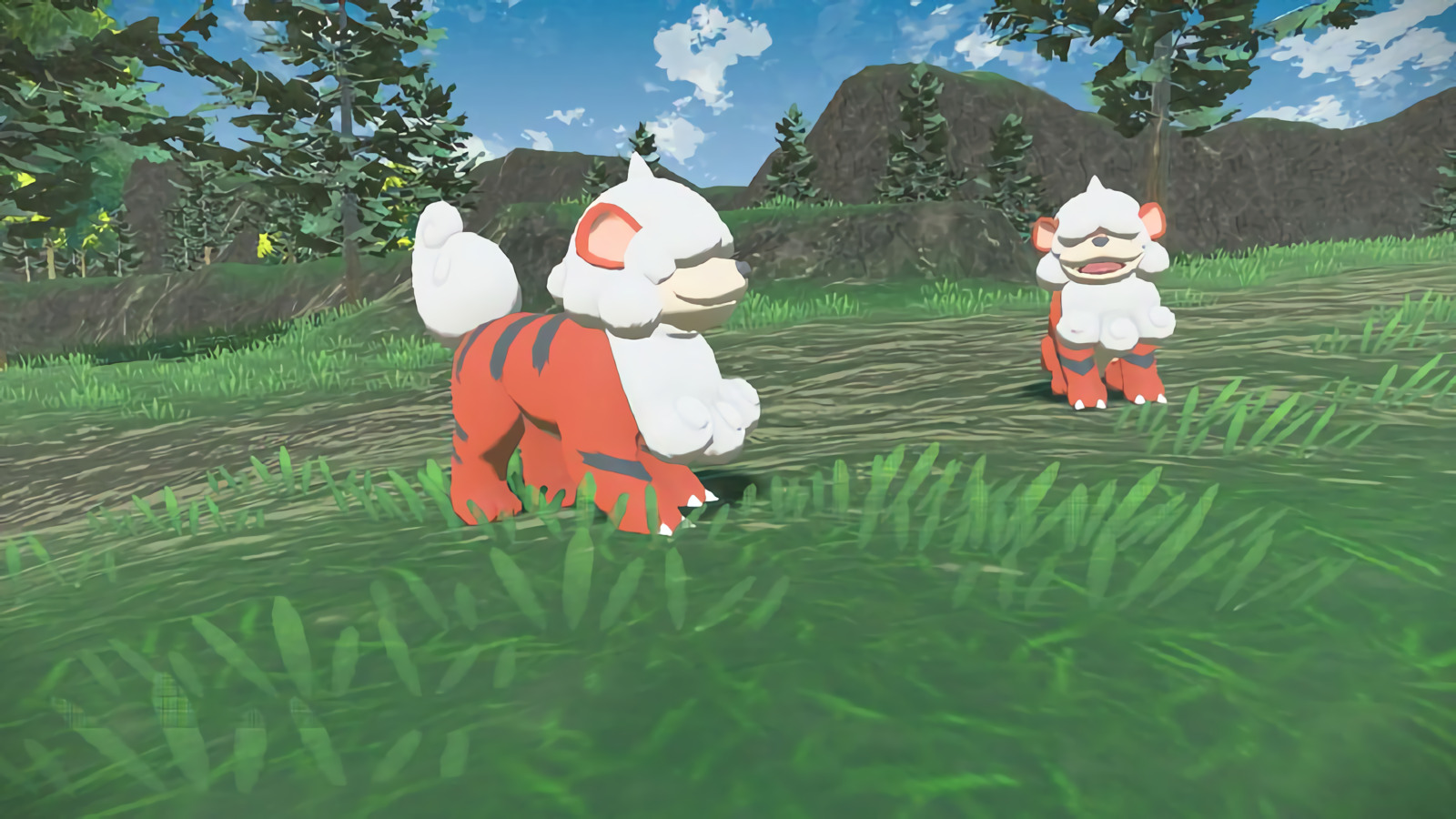 The final new Hisui variant in Pokemon Legends: Arceus revealed during Wednesday’s trailer was a regional variant of Braviary. According to the official description, this Psychic-type variant flies into Husui from somewhere further North during the wintertime, is bigger in size than the normal Braviary and is solitary in nature as opposed to living in a flock. Being a Psychic-type, Hisuian Braviary “can imbue its eerie screeches with psychic power to generate powerful shock waves. It then uses its sharp talons to tear at and seize prey weakened by these shock waves.”

What do you think of the new Basculin evolution revealed in the latest Pokemon Legends: Arceus trailer? What about the other three new Pokemon? Sound off in the comments.

Pokemon Legends: Arceus is set to release on the Nintendo Switch on Janurary 28th, 2022.