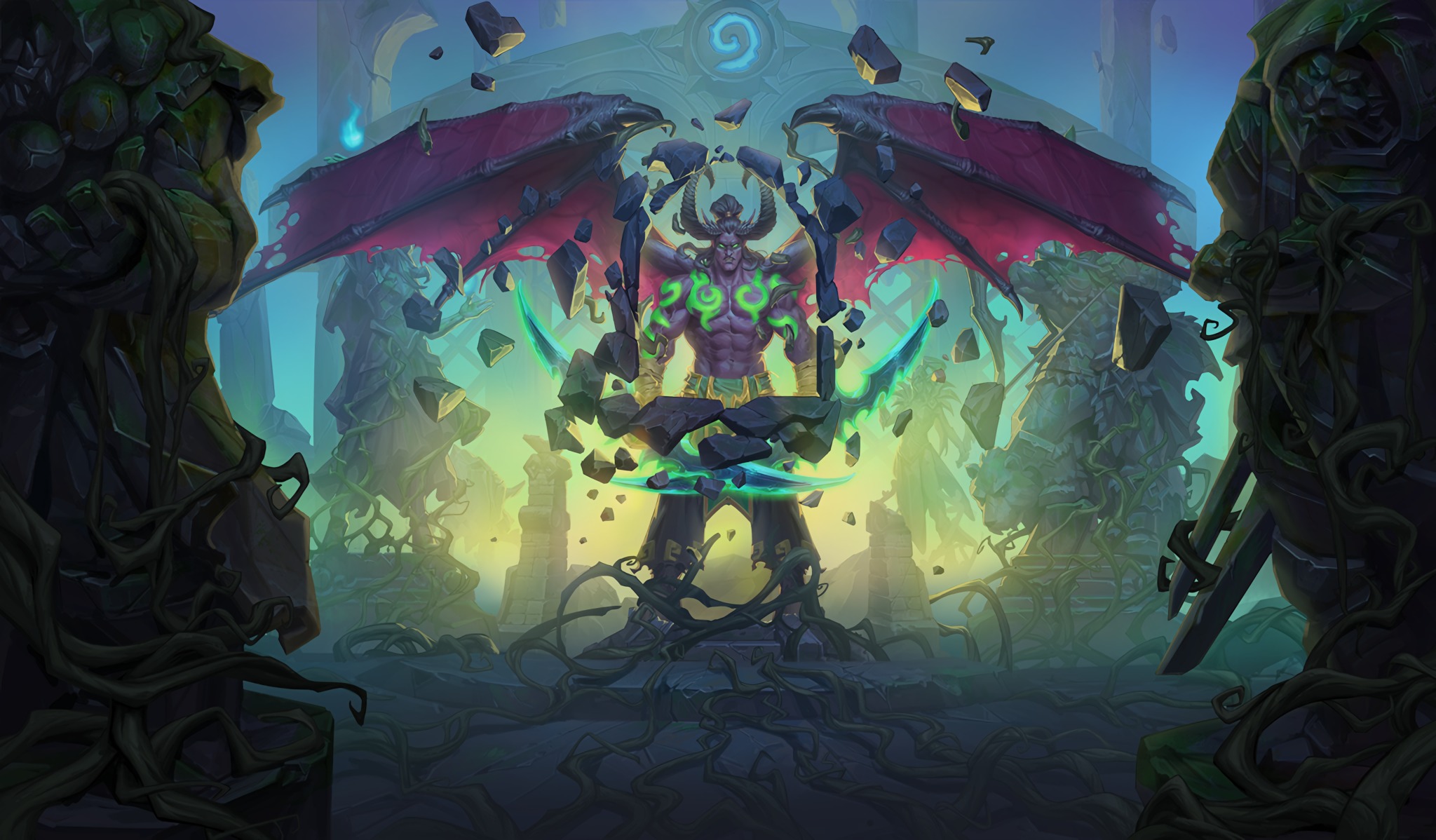 Are you not prepared?

Are you a Hearthstone player who isn’t quite as knowledgeable in Warcraft lore as you’d like to be? Would you like to know how Illidan became a Demon Hunter? You’re in luck — the four single-player prologue missions take place from the point of view of Illidan 10,000 years ago during the War of the Ancients and encapsulate his path from Night Elf sorcerer to “Betrayer.” 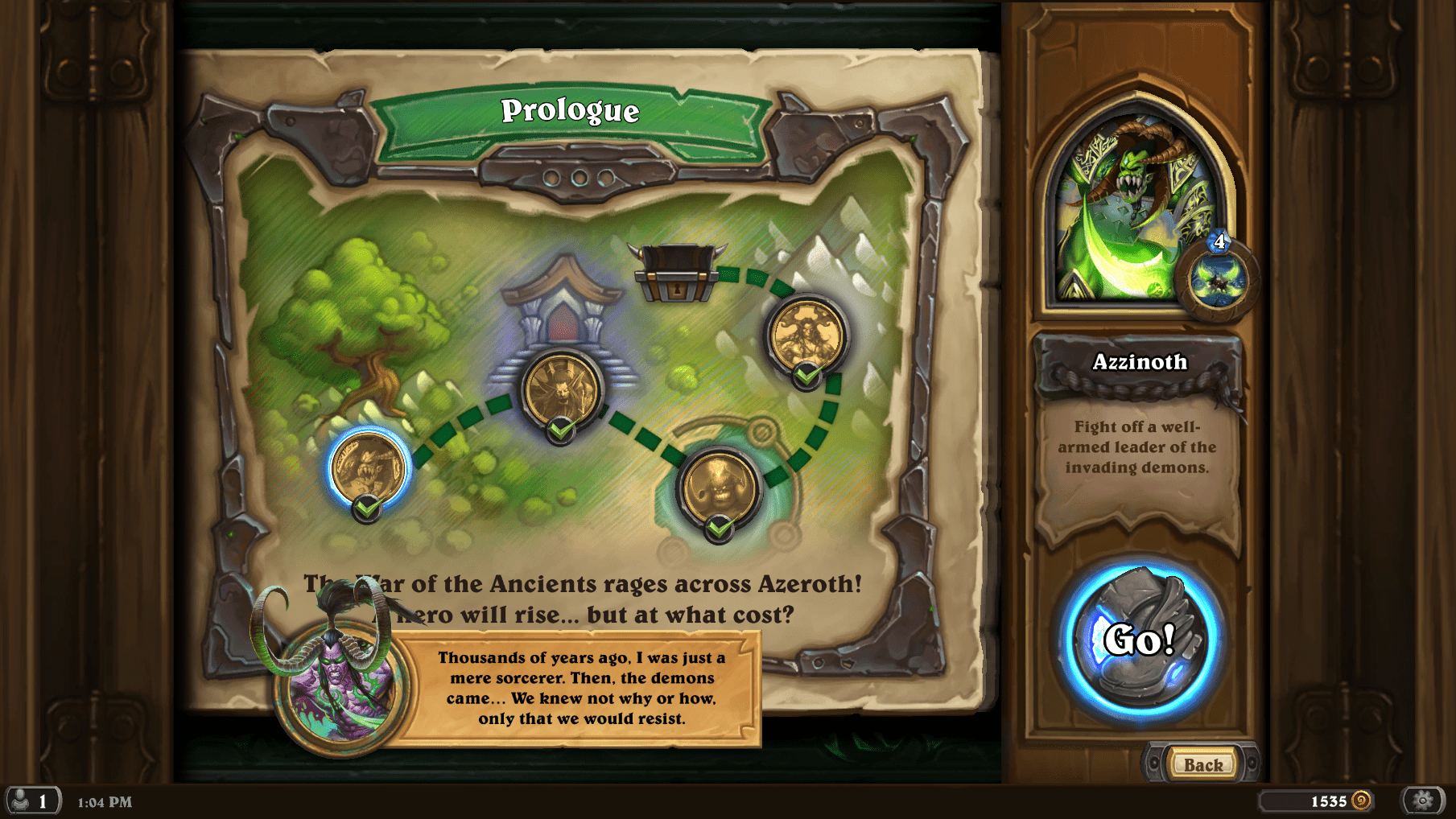 The first boss you face is Azzinoth, fearsome Doomguard commander of the Burning Legion and namesake for what will eventually become Illidan’s trademark weapons as a Demon Hunter: The Warglaives of Azzinoth.

This is a pretty straightforward fight but be wary of Azzinoth’s ability to quickly flood the board. His Hero Power equips him with the Warglaives of Azzinoth and grants him the ability to attack again (and again) after he attacks a minion; he’ll usually play a Satyr Overseer, a 4/2 minion which summons a 2/2 Illidari Satyr every time his Hero attacks to maximize his weapon’s ability. 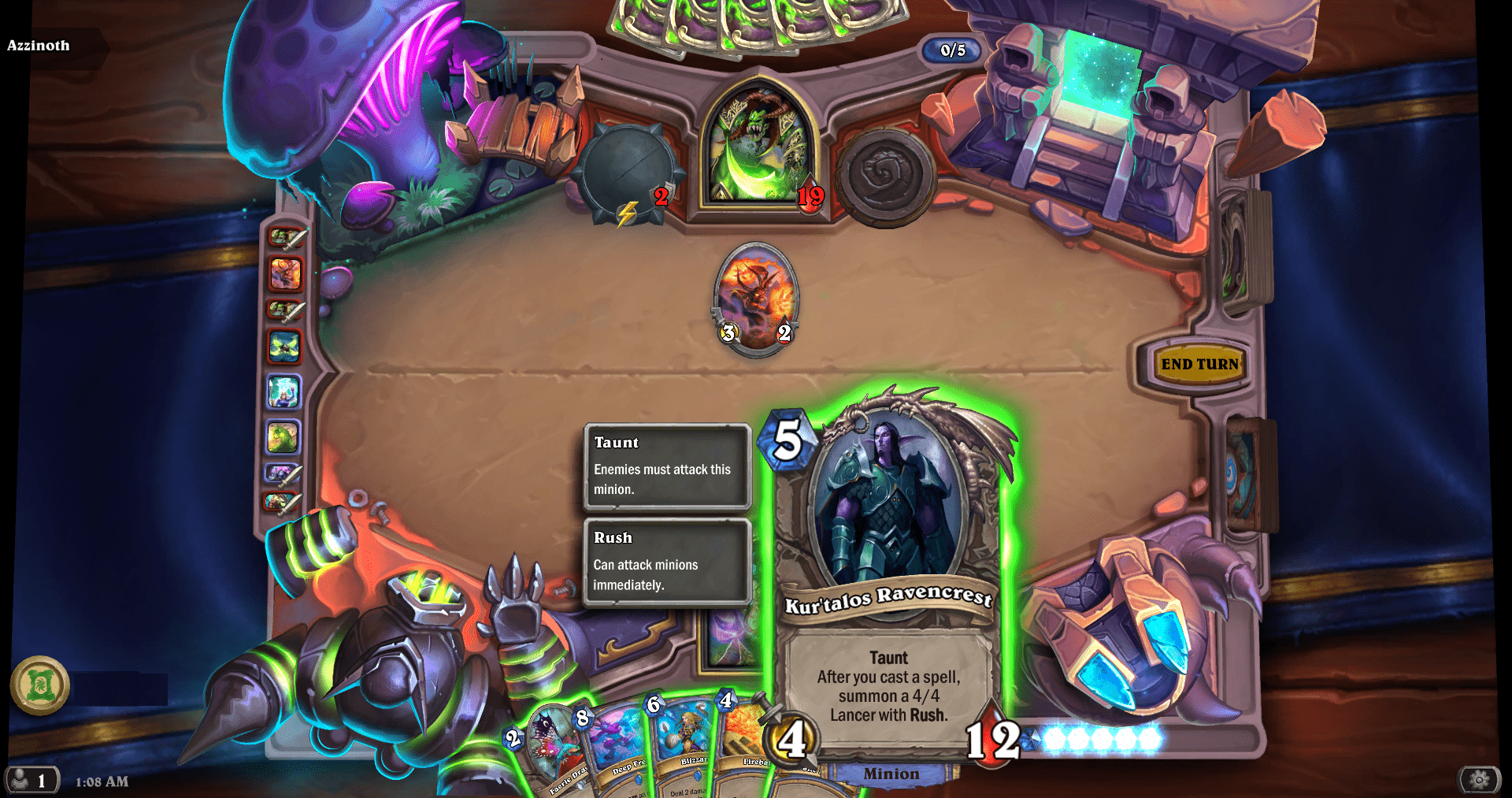 This fight reveals Illidan’s jealousy. He has strong feelings for Tyrande, but she is in love with his brother Malfurion. 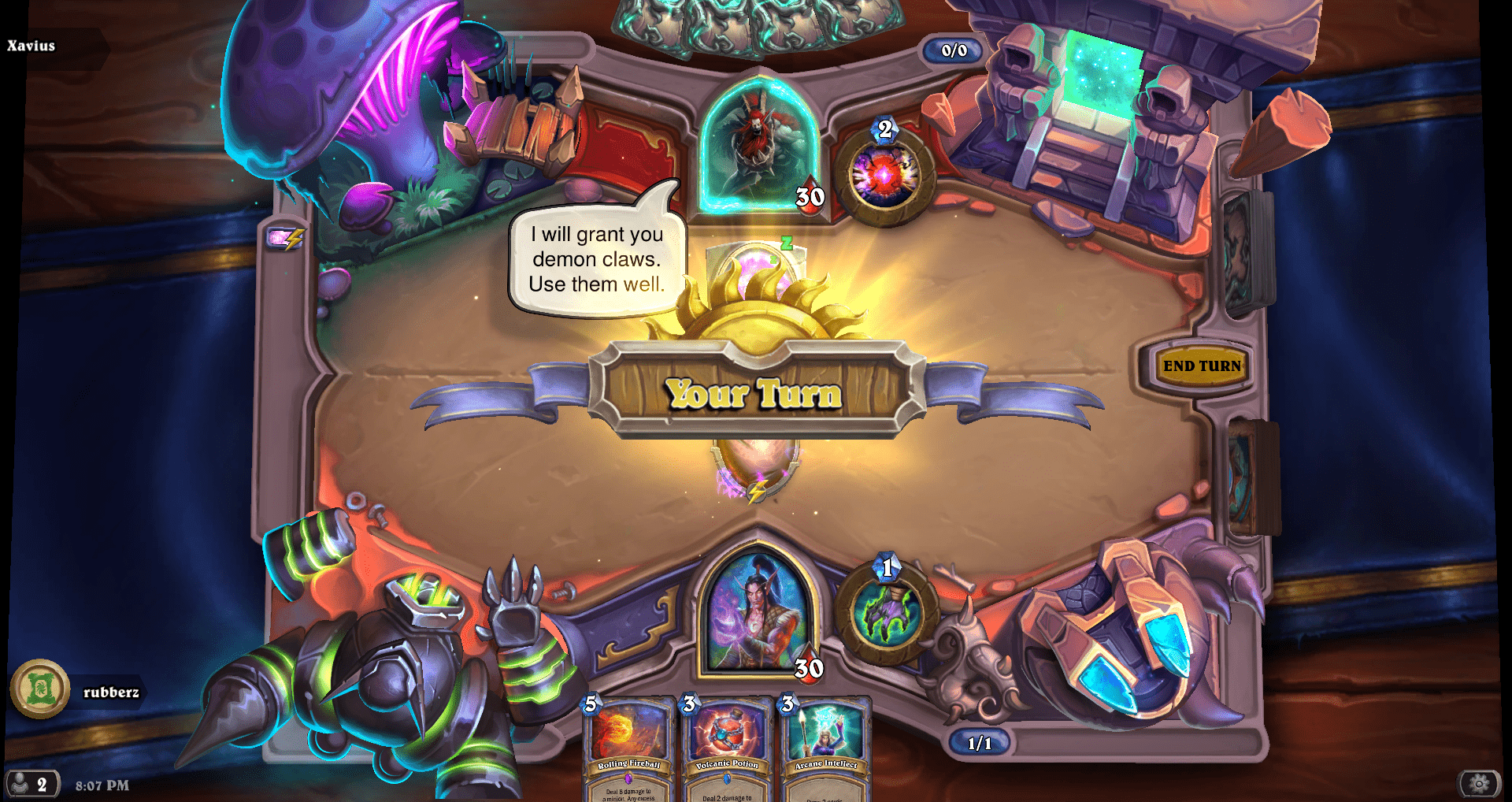 Illidan’s next battle is against Xavius, high councilor to Queen Azshara and powerful Highborne satyr at the Well of Eternity.

This isn’t so much a match as it is a story progression exhibition; your goal is to add charges to a Demonic Portal (via killing minions) which swaps from Xavius’ side of the field to Illidan’s every turn. The Demonic Portal will summon various Dark, Fiery and Fel Energy minions. When both you and Xavius have killed a total of 30 minions the victory is yours. 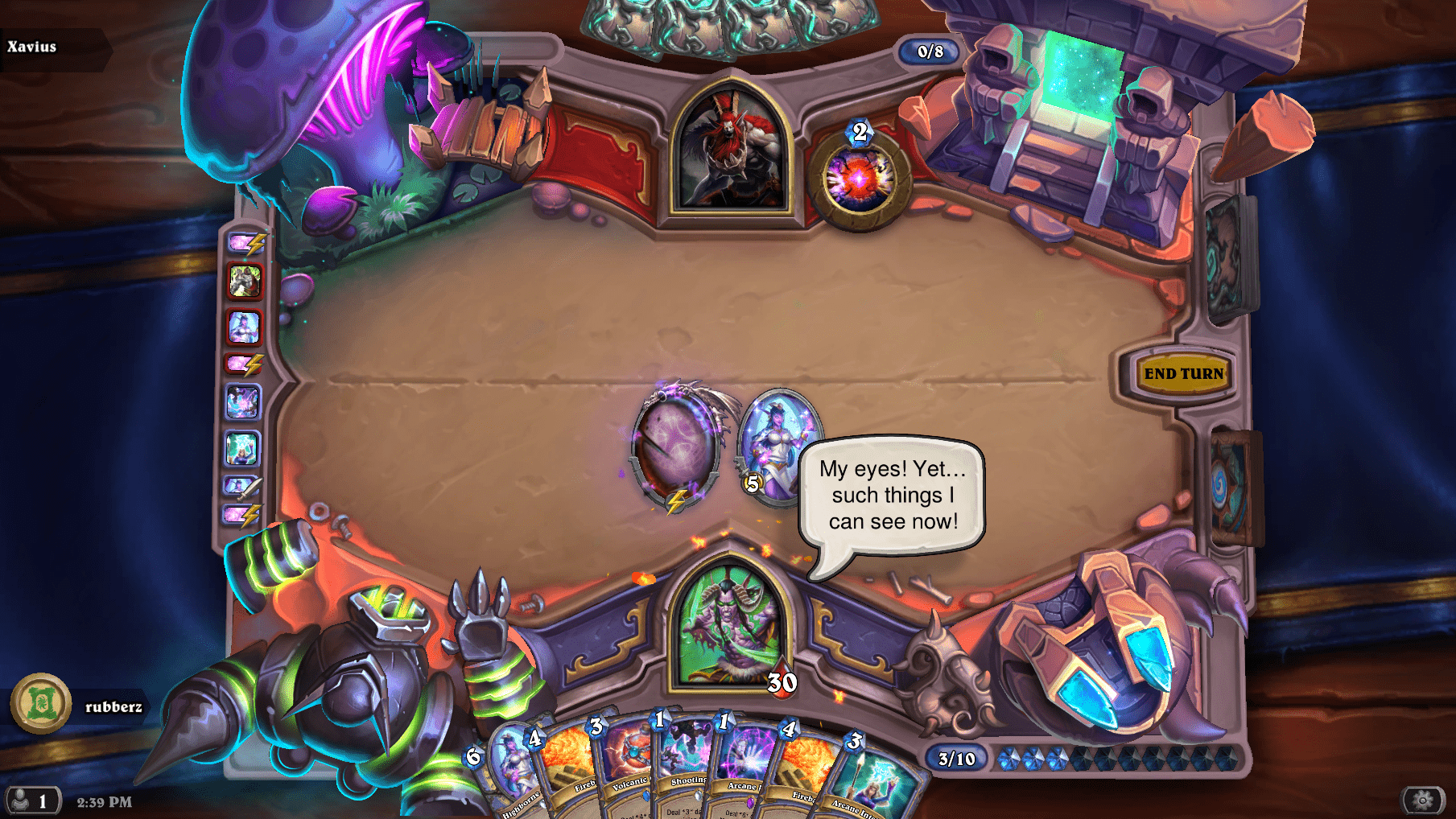 At the end of this fight, Sargeras will transform Illidan into a Demon Hunter. 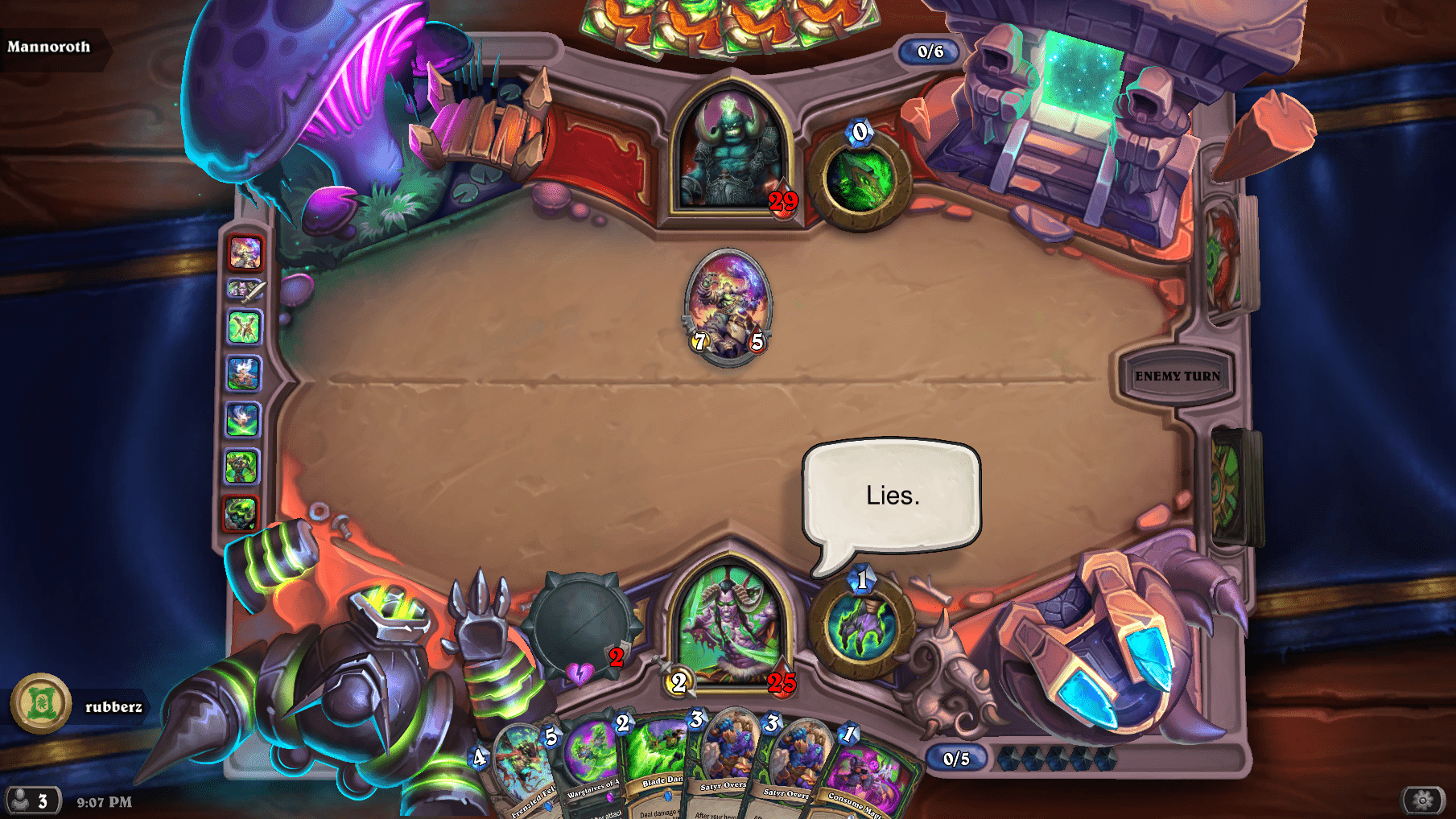 RELATED:  Cyberpunk 2077 next-gen ugrade to use 'all new functions and technical possibilities' of PS5 and Xbox Series X

Despite having saved his people, Illidan’s measures are seen as too drastic for them. He will soon be regarded as a “betrayer,” even by his own brother Malfurion and his former love interest Tyrande. 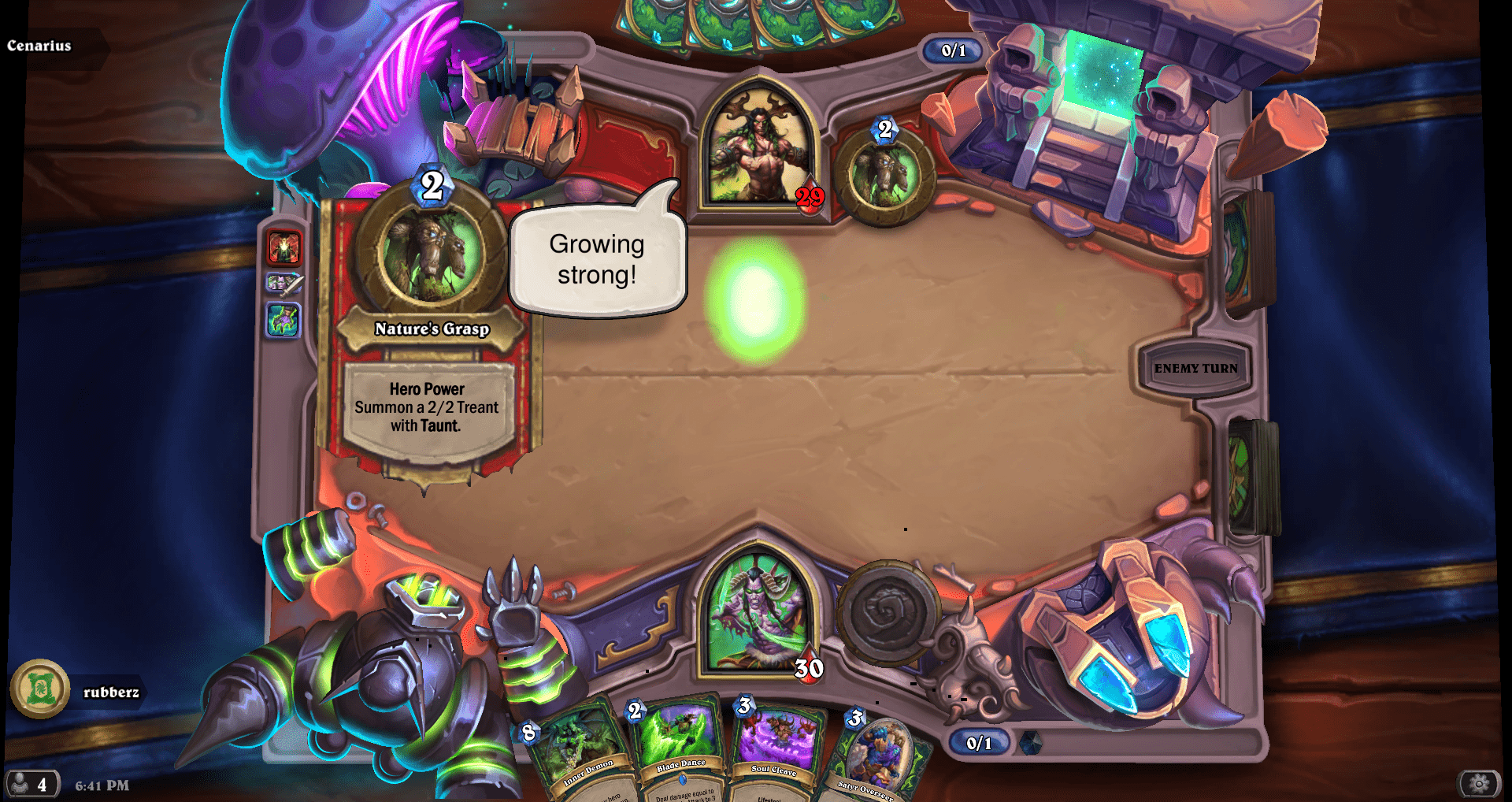 What did you think of the Demon Hunter prologue from the Ashes of Outland Hearthstone expansion? Do you think Illidan was unfairly deemed a “betrayer”? Which new Demon Hunter class card was your favorite? Let us know in the comments.

In this article:ashes of outland, blizzard, Featured, hearthstone, pc