Get ready, Doom Slayers. The first update to id Software and Bethesda’s Doom Eternal is on its way with a heap of hell-razing features, fixes and enhancements — including Empowered Demons, Battlemode upgrades, single-player mode tweaks and more.

Check out the full Doom Eternal update for May 2020 per the official Bethesda Slayers Club website:

It’s been an amazing turnout for DOOM Eternal. The community of longtime fans and newcomers alike wowed us once again with their overwhelming support and impressive demon slaying skills. Things are only heating up, however, as Update 1 is almost here to bring a ton of features, fixes and enhancements to the game!

Currently, we are hard at work on preparing Update 1 for all platforms, adding a host of optimizations, new event content, bug fixes and more. Hot on the heels of this awesome update, here’s a taste of some features to look forward to:

Spice up your campaign runs with Empowered Demons! When a player is killed in the single player campaign, the demon that felled them is beefed up and transported to another player’s game to fight again! Will you fall to this fearsome challenger or avenge your fellow Slayer? Take out an Empowered Demon and you’ll not only be rewarded with tons of health and ammo, but also bonus XP to progress in-game events! 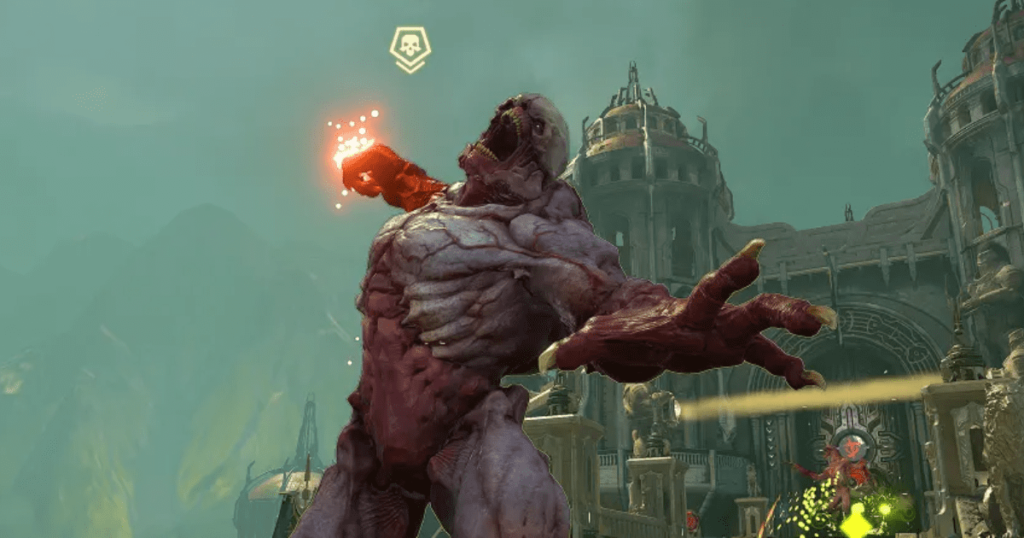 We’re adding a suite of features designed to improve the overall experience in BATTLEMODE. Some of these additions include implementing Denuvo Anticheat features, changes to the tutorial walkthrough, poor network connection indicators, Echelon Leveling for players at the maximum level and a Death Report screen to offer players more combat insight mid-match.

It’s not just BATTLEMODE that’s getting some enhancements! We’ve heard your feedback on the single player campaign and Update 1 addresses a few balance concerns and annoyances players have brought to our attention. Some of these changes include expanded demon tutorials, Dashing vertically in water and adjusting toxic damage while swimming.

Add a friend via Bethesda.net

BATTLEMODE is best with buddies, so we’re adding new features to build up a friends list via Bethesda.net. Using Account IDs, you can round up new pals in a flash to join you in the arena!

Those are just some of the big changes expected to arrive with Update 1. Beyond that update, we’re still making progress on DOOM Eternal’s Invasion mode and the first DLC expansion of the Year One Pass. Please look forward to more information on those later this year.

A high-speed bout of skill versus strategy, BATTLEMODE is not a static experience. We’re constantly observing data and player feedback to ensure gameplay is balanced and enjoyable for DOOM Eternal’s 2v1 multiplayer mode.

We recently made console-exclusive adjustments and other balance changesto ensure the experience is just right on individual platforms, and will continue supporting and fine-tuning BATTLEMODE as needed. We’re also still committed to adding new playable demons and maps to the mode later down the line, which you’ll be able to enjoy for free.

In short, BATTLEMODE continues to grow!

The May 2020 Doom Eternal update will be available for PlayStation 4, Xbox One, Google Stadia, Nintendo Switch, IBM PC compatible and Microsoft Windows platforms.

The holiday season is right around the corner and to celebrate, there are a slew of excellent games coming to Xbox Game Pass in... 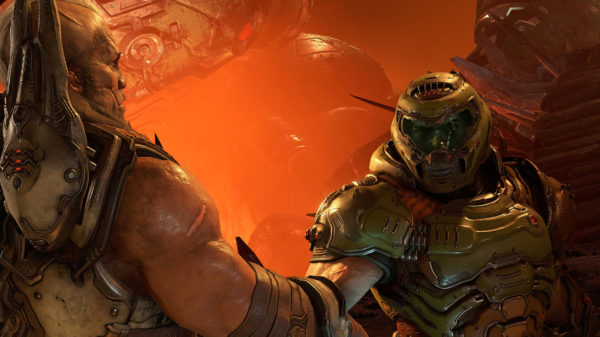 Microsoft is already taking advantage of its recent acquisition of ZeniMax Media, the parent company of Bethesda and id Software — one of its...

Fans of id Software/Bethesda Softwork’s 2016 first-person shooter Doom might be wondering, “Where the hell is the Pistol in Doom Eternal?” It’s there, just...