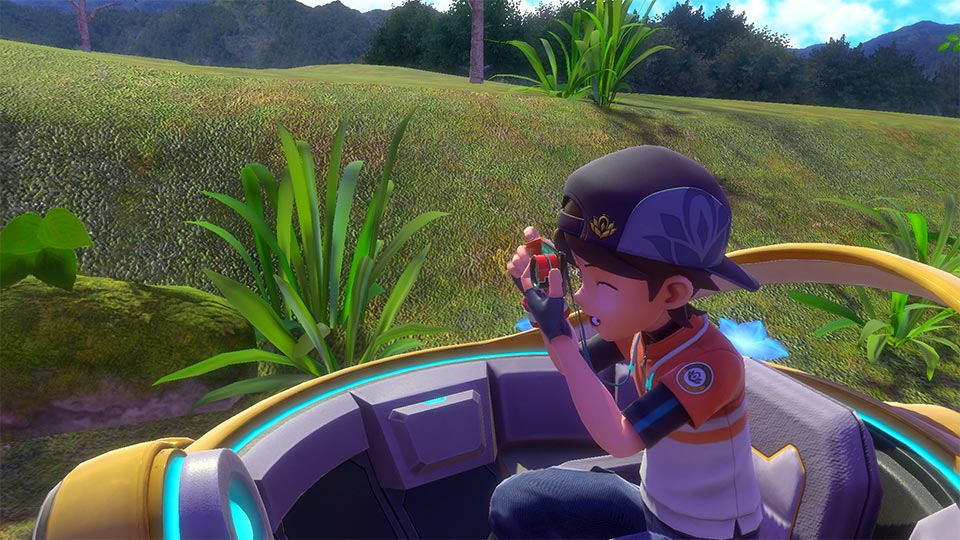 Unless you’ve been living under a Graveler for the past year, you probably know New Pokemon Snap has just been released on the Nintendo Switch (April 30th). Fans of the original have been waiting for and dreaming of a sequel since it was released on the Nintendo 64 over twenty years ago, and many had given up hope… until the sequel was announced this past summer. And now, after a two decade long wait, the sequel is finally here.

Warning: This article contains spoilers for the early narrative of New Pokemon Snap.

For those that have never played the original, well, go play it. But if you can’t, then here’s the rundown — you take the role of Todd Snap, a young boy who doesn’t want to train Pokemon and get gym badges, but instead wants to take pictures of them in order to aid Professor Oak’s research. It’s a fantastic twist on the classic rail shooter genre; instead of shooting baddies and dodging bullets, you’ll be exploring environments rich with Pokemon and shooting photos of them in their natural habitats. 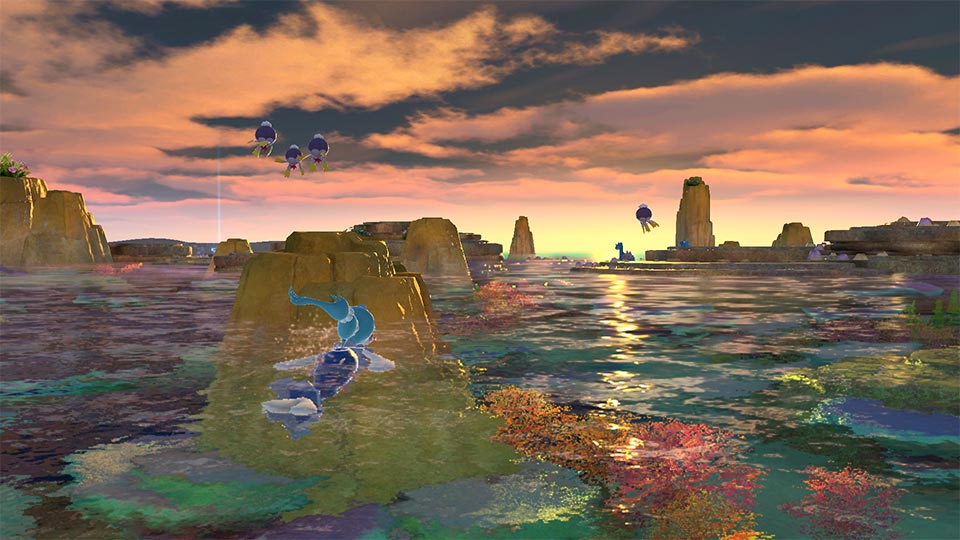 The original Pokemon Snap brought you into the world of Pokemon like no other game had before, bringing players beyond just battling and capturing them in the tall grass. Pokemon Snap let you observe Pokemon in the wild, as they went about their business. For instance, you could capture pictures of Magikarp splashing and jumping out of the water; a Snorlax sleeping comfily in a field or even a group of Pidgey bullying a Meowth and knocking him unconscious. The original Pokemon Snap did a wonderful job making the player feel like they were on an epic safari trip in the bustling Pokemon World.

New Pokemon Snap brings the player those same great feelings of adventure and immersion. Along with these feelings, New Pokemon Snap offers 60 FPS gameplay, beautiful graphics, and locales rife with unique ambiance and a plethora of Pokemon spanning all generations. As you roll down paths of the jungles and hear the chirps of bird Pokemon, the growls of big cat Pokemon or catch sight of webs and nests littering the sides of the trails, you’ll get overwhelmed with the sense that anywhere you look, there will be something even cooler to discover just around the corner. With the help of tools like Fluffy fruit (for baiting certain Pokemon) and your Music Player, you’ll be able to interact with the Pokemon around you — and the potential for an endless amount of interesting pictures to take.

While the basic premise of taking pictures of Pokemon has remained the same, New Pokemon Snap introduces a whole new cast of Pokemon, as well as new characters such as Professor Mirror and his assistant Rita. The goal of New Pokemon Snap is to take photos to help Mirror and Rita research the mysteries of the Lental Region for the Laboratory of Ecology and Natural Sciences (L.E.N.S.). 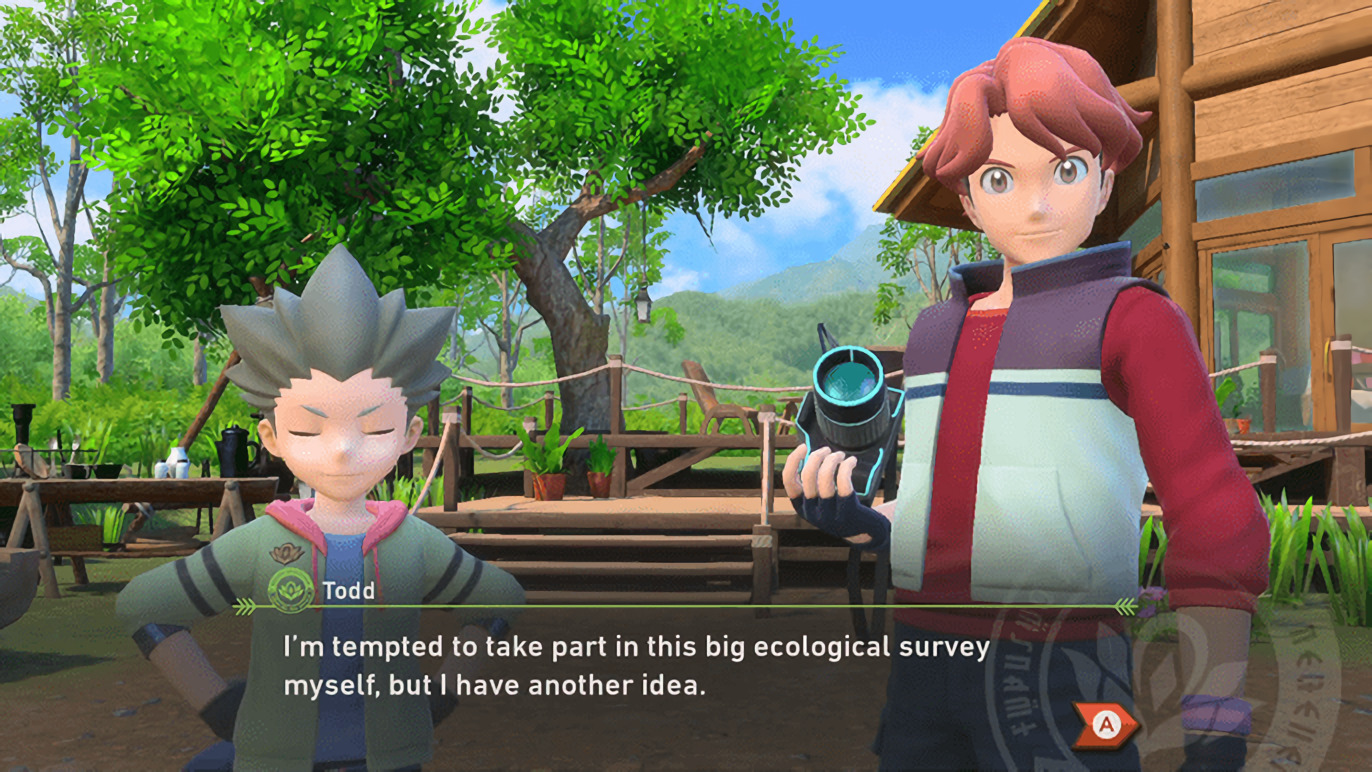 While Mirror and Rita are great company, it becomes a little lonely hanging out with only the two of them at Florio Natural Park (the first course in New Pokemon Snap); which is what makes it such a nice surprise when a certain smiling “stranger” comes walking up the beaten path to L.E.N.S. However, it’s soon revealed this stranger is no stranger at all – it’s Todd! Accompanying Todd is his pupil and self-proclaimed number one student, Phil, a spiky haired rookie full of aggressive passion and a desire to snap some stunning pictures of all the Pokemon in the Lental region. Todd and Phil are excellent company as the trip through Lental progresses, and my nostalgic exhilaration at seeing Todd would likely confuse most Pokemon fans not familiar with the first game.

RELATED:  Pokemon Sword and Shield: How to find and catch Regirock, Regieleki and the other Legendary titans in Crown Tundra

Nintendo could’ve easily just given us the first game, with the same mechanics, characters, and worlds, and I probably would’ve been happier than I care to admit. However New Pokemon Snap went above and beyond and did a wonderful job of reigniting the feelings that my favorite game brought me over two decades ago. Even without the sweet goggles of nostalgia, New Pokemon Snap is the best way on the Nintendo Switch to get completely lost in and fully realize the world of Pokemon yet.

I'm a competitive gamer turned filthy casual. Over the last few years I’ve gone from auto canceling for maximum damage in League of Legends to eating Ramen noodles while I snap pics of Pikachu eating a Fluffruit … and I couldn’t be happier! Nowadays you’re likely to find me sitting in my recliner, Switch in hand, hunting down Magnamalo in Monster Hunter while some anime plays in the background.