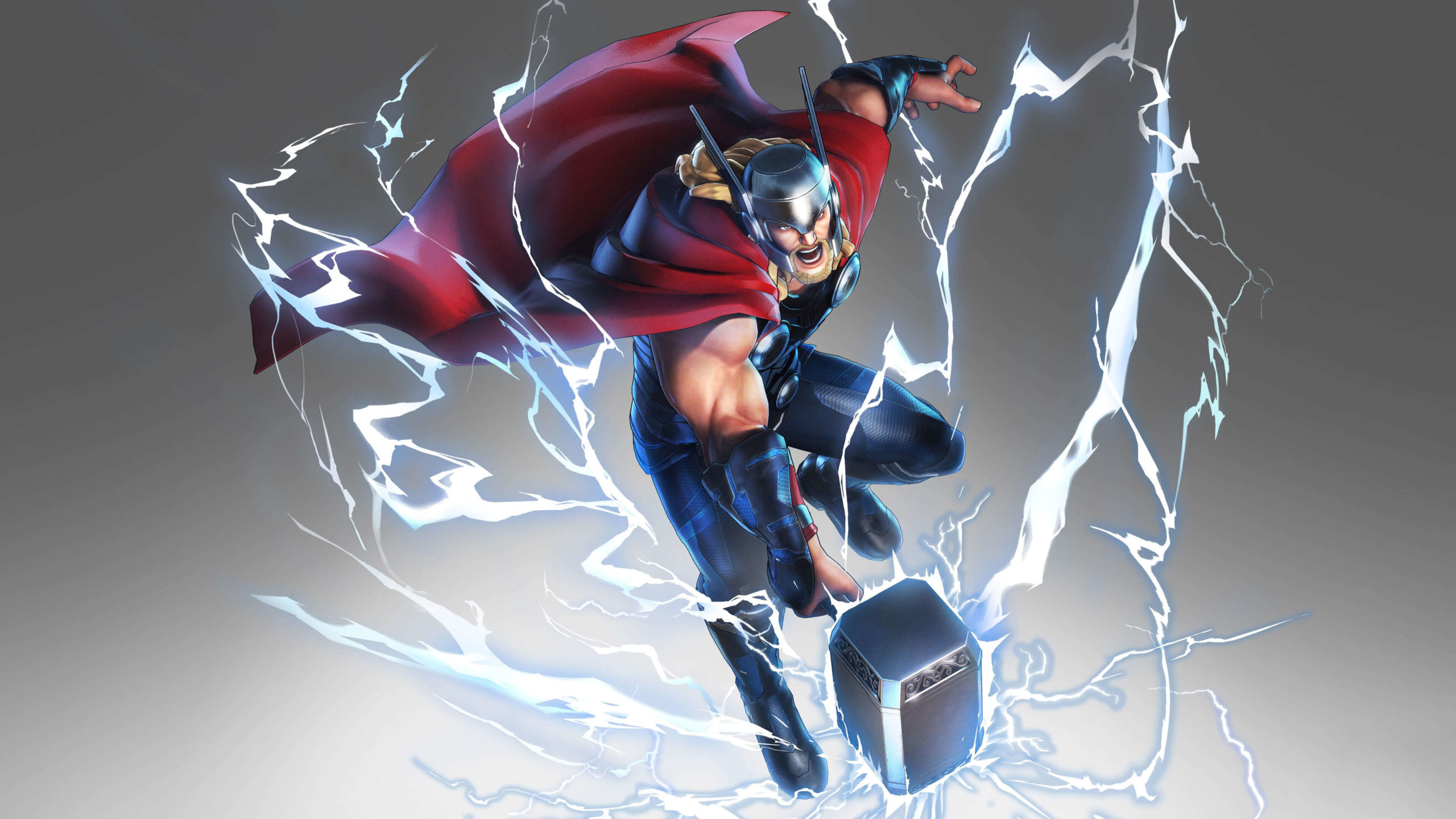 As an added bonus, Thor isn’t only one of the most powerful heroes — he’s also one of the most versatile, with several fun builds which best utilize his strengths. The following guide will help you determine the best ISO-8s for Thor in Marvel Ultimate Alliance 3.

The best ISO-8s for Thor in Marvel Ultimate Alliance 3 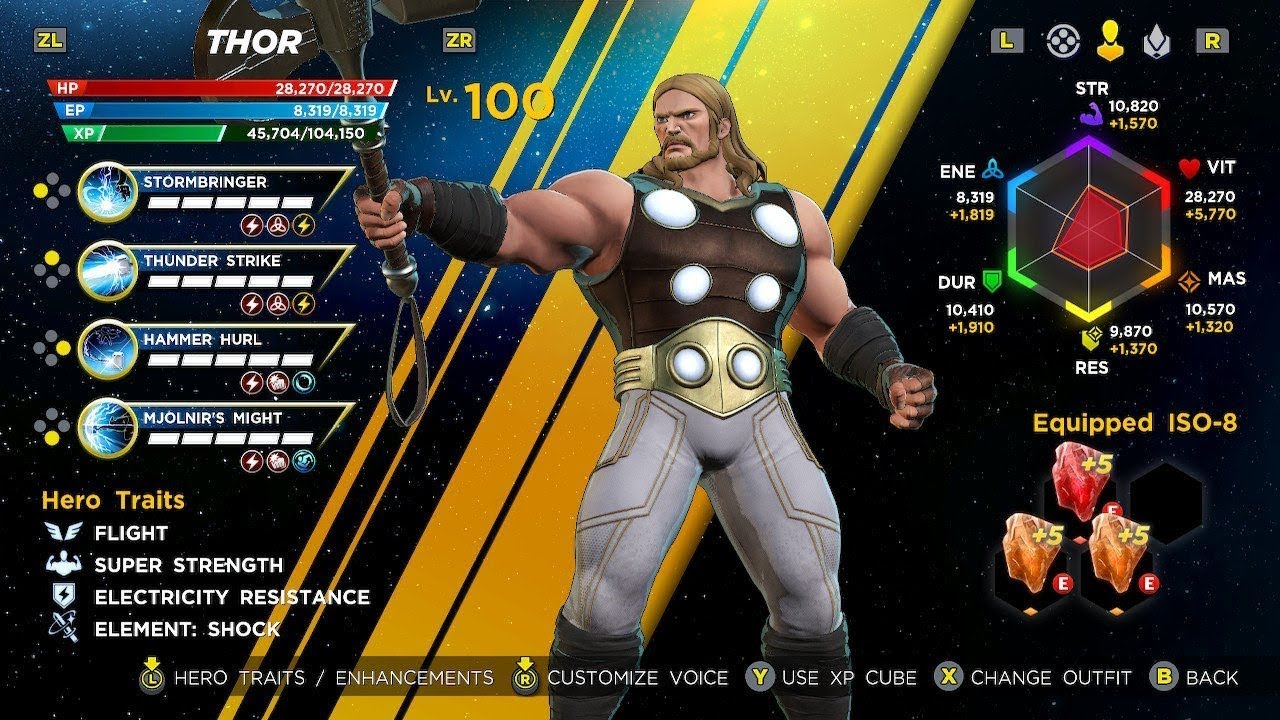 Remember that scene in Thor: Ragnarok when Thor awakens his true power and starts laying waste to undead Asgardian berserkers on the Rainbow Bridge with jagged, blue lightning emanating from his body and crackling all throughout the air?

That’s the idea behind the Lightning Thor ISO-8 build which, as you probably might have guessed, bolsters Thor’s trademark powers of thunder and lightning (specifically his Thunder Strike and Stormbringer special abilities) through Shock damage ISO-8 crystals.

If you need your Shock damage Thor to be a little more tanky, add a Red “Recovers 4.1% of Shock ability attribute done as HP” ISO-8 into the mix.

Speaking of Thor being tanky, on account of his 36,564 base HP, the 3rd highest base total in the game (not counting the game’s final secret character), as well as an inherent resistance to Electricity damage, Thor can more than adequately serve as a bulky tank in Marvel Ultimate Alliance 3.

You can take a few different routes: You can bolster Thor’s HP even further with Red “Increase Vitality” ISO-8 crystals and a pair of Red “HP recovery every 10 seconds” ISO-8 crystals.

There’s also a new triple Rainbow ISO-8 crystal which drops in the Shadow of Doom epilogue with the attributes, “Gives 2.3 HP recovery every 10.0 seconds,” “Recovers 1.9% of damage done as HP,” and “Increases critical hit chance by 5.9%” that would be ideal for tank Thor as well. 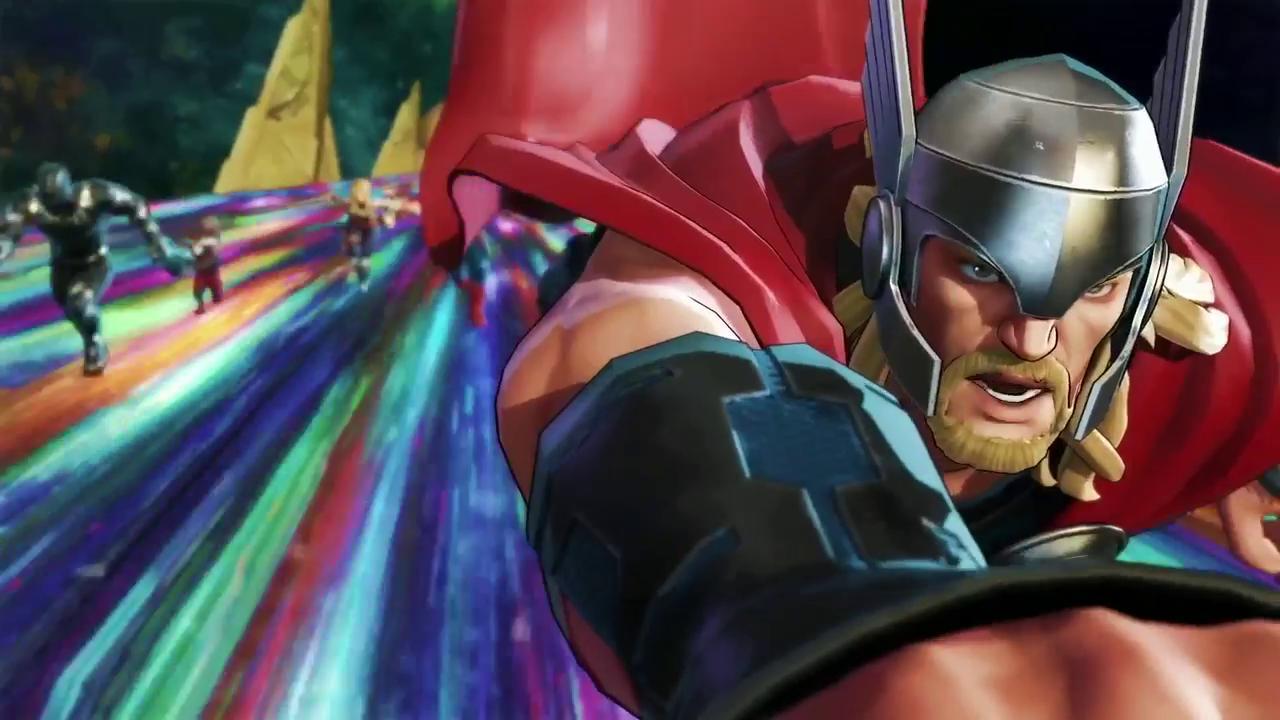 Did our best ISO-8s for Thor in Marvel Ultimate Alliance 3 guide help you clear through Thanos, Dr. Doom and the rest of the game’s enemies with greater efficiency? Is there Thor ISO-8 build that we left out? Let us know in the comments.