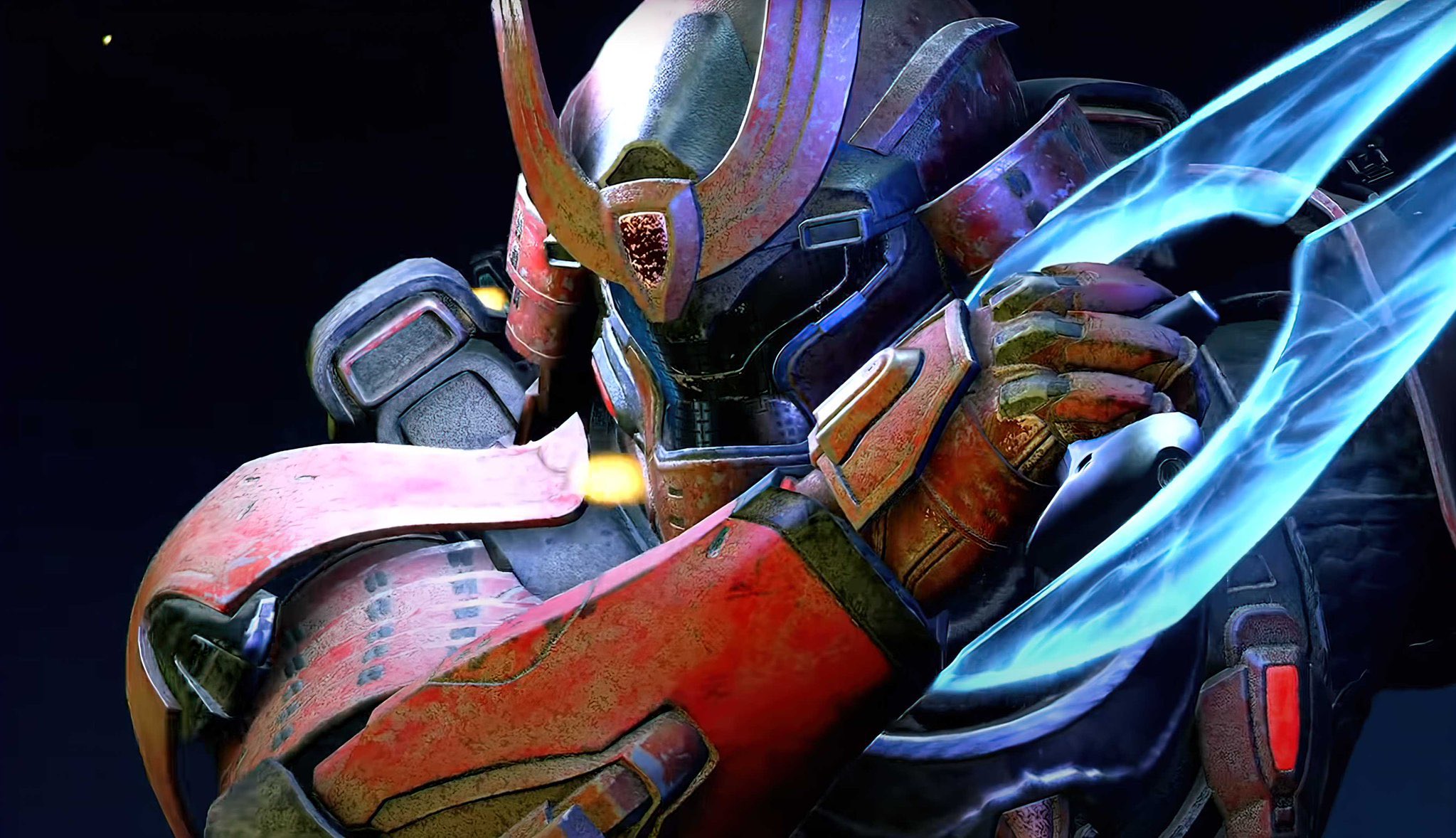 343 Industries has been diligently hyping the multiplayer mode of upcoming Xbox flagship title Halo Infinite, with their most in-depth reveal of the game mode taking place at the Xbox and Bethesda E3 2021 Showcase this past weekend. Eagle-eyed Halo fans might have spotted a glimpse in the near-thirteen minute Halo Infinite multiplayer overview of a very distinctive assault armor, one which hearkens back to feudal Japan and gives off an inimitable bad-ass vibe: the Yoroi Spartan Samurai armor.

“That is a Samurai Spartan armor, and it will be an armor you’ll be able to unlock for free in the first season, which is super cool,” associate creative director for Halo Infinite‘s multiplayer, Tom French, said during a breakdown of the multiplayer trailer at the Xbox Games Showcase: Extended event on Monday.

As cool as the Yoroi Spartan Samurai Armor is, French hinted that the unique design will be only one of many available to unlock in Halo Infinite multiplayer.

“And then we actually have more of this stuff kind of coming down the line,” French continued. “There’s actually some really cool ideas that we’re seeing from our team that’s building the stuff, so there’ll be a lot of other cool armors besides just the really core Halo Spartan armors. There’ll be some other different kinds of twists and things for players to play with.”

So exactly how can players unlock the Yoroi Samurai Spartan armor for free in Season 1 of Halo Infinite multiplayer? It’s rumored that the first season of Halo Infinite multiplayer will be entitled “Heroes of the Reach.” Players will simply have to play through the events of “Heroes of the Reach” and the Yoroi Samurai Spartan armor will become unlocked.

One of the more intriguing reveals from the aforementioned Halo Infinite multiplayer overview was the confirmation that Battle Passes for each would never expire, unlike in Master Chief Collection. This means players will have the option to go back and purchase previous Battle Passes, even after a season has ended — which should prove very useful for those players wanting to unlock the Yoroi Spartan Samurai armor who miss out on it when it first becomes available.

“The Halo battle pass will never be taken away from you,” Halo Infinite design lead Christopher Blohm said. “What I mean by that is, once you buy it, it is yours and it does not expire. In future seasons, you can purchase old battle passes as well as the current battle pass and choose which battle pass to put your progression towards.”

Halo Infinite is scheduled to release for the Xbox One, Xbox Series X|S and PC platforms in the holiday season of 2021.

Are you looking forward to unlocking the Yoroi Samurai Spartan armor from the first season of Halo Infinite multiplayer? Let us know in the comments.