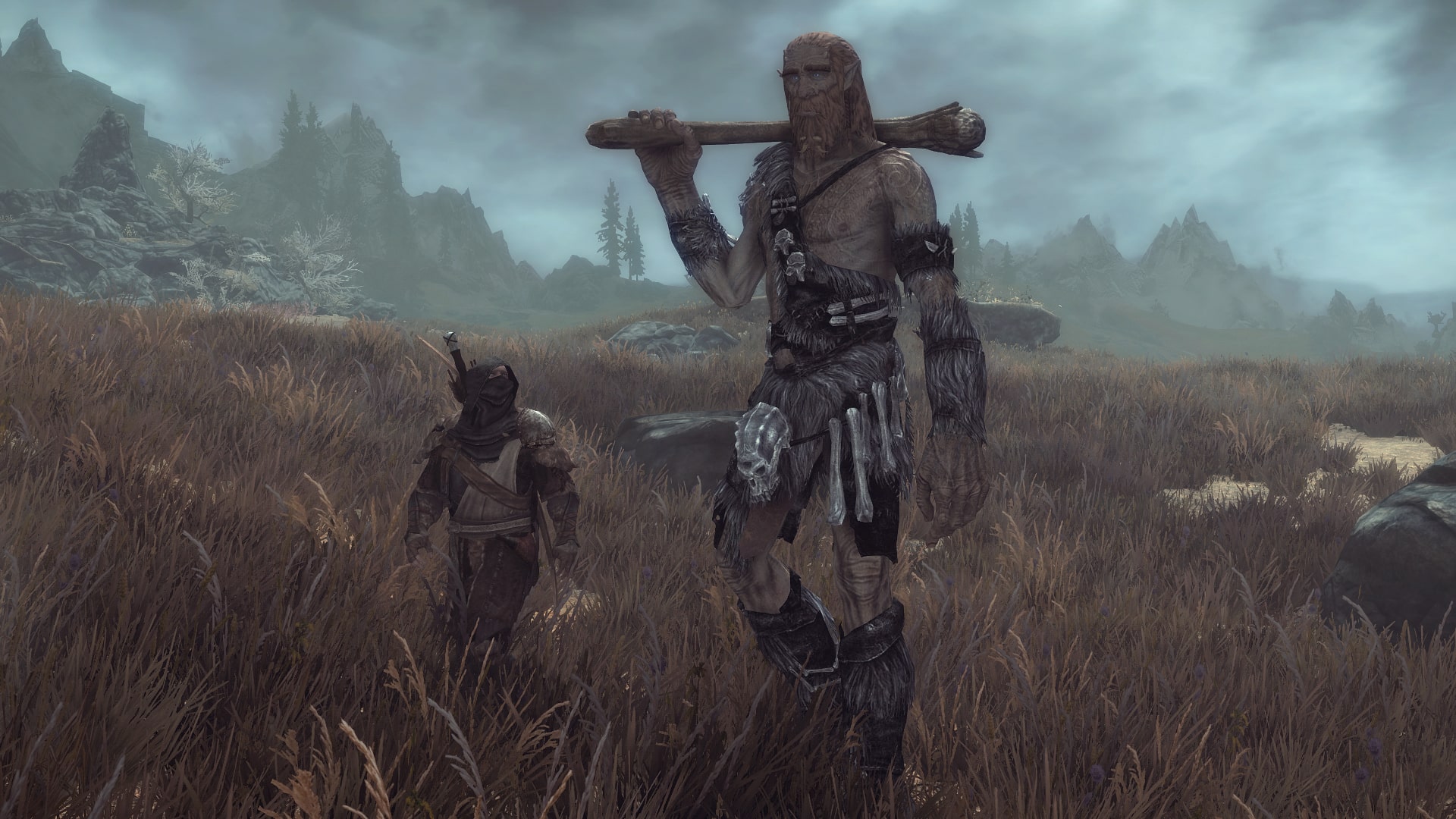 There are plenty of memorable enemy encounters in Skyrim but perhaps none so memorable as the first time you face one of Tamriel’s towering giants. Standing more than twice a player’s height, wielding colossal stone clubs, herding giant woolly mammoths and stomping around so vigorously they make the ground quiver (and kick up dust clouds that can obscure a player’s vision and stagger them), Skyrim giants are an awe-inspiring and terrifying sight — but did you know the inspiration behind Skyrim giants is something far more heartwarming?

According to Skyrim character artist Jonah Lobe, the Skyrim giants were modeled after his very own father. 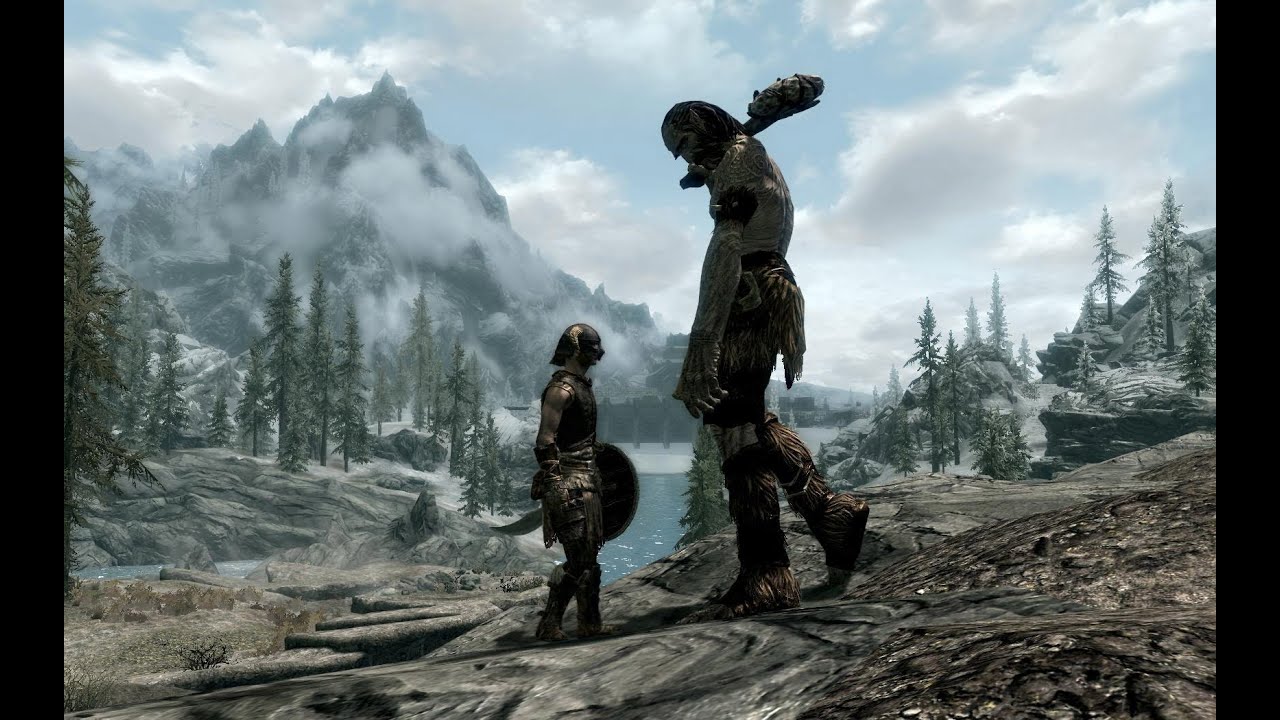 “I wanted the Giants to give you the same sense of awe from when you were a kid and you saw your parents walking around,” Lobe explained in a thread expounding upon a meme posted on Reddit.

“I gave him large, weathered hands and a somewhat tired expression,” Lobe added. “I did not want the player attacking them because they looked ‘aggressive’ or monstrous. I wanted them to look like gentle shepherds who lived for 200+ years and slept under the stars.”

Lobe added that the Skyrim giants’ traveling companions, the equally enormous woolly mammoths were also instilled with a similar sense of warmth and realism.

“I did the same for their Mammoths, too,” he continued. “I gave them dirt-encrusted feet and a faint white speckle of saliva at the corners of their mouths (like you see in elephants at the zoo) because I wanted you to feel their realness and their grandeur and that ‘Oh WOW’ sort of presence when they were nearby.”

As for the Skyrim giants launching players into the stratosphere with a mighty swing of their clubs, perhaps one of the most unexpected (and hilarious) interactions in the game? Apparently the comically exaggerated feat started out as a bug, but was too entertaining to be left out.

“I love the giants’ design, you did a great job,” said a commenter in the aforementioned Reddit thread. “Since you’re here, what was your reaction when you saw the first time that getting slammed by the giants sends you to space?”

“Loved it!” Lobe responded. “That was a bug we decided never to fix.”

To see more of Jonah Lobe’s artwork and musings, follow him on Instagram or check out Behance page.

What do you think of the inspiration for the Skyrim giants? Was the first time a giant clubbed you into the clouds one of the most memorable enemy encounters you had in the game? Sound off in the comments.

In this article:bethesda, Featured, skyrim 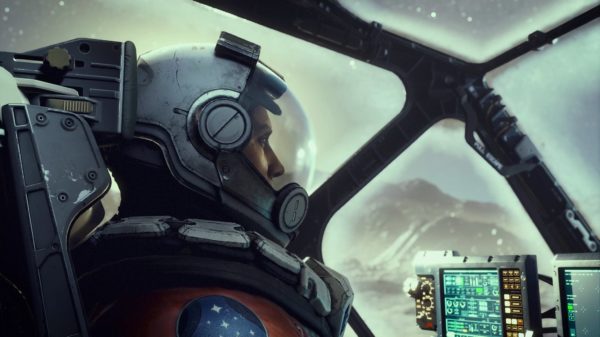 Starfield teaser trailer was made ‘entirely in game,’ Bethesda says

Starfield, the highly-anticipated sci-fi RPG from Bethesda, the creators of Elder Scrolls V: Skyrim and Fallout 4 made a big impact at the Xbox...

Bethesda working on a mystery, triple-A game in addition to Starfield, The Elder Scrolls VI and Fallout 76 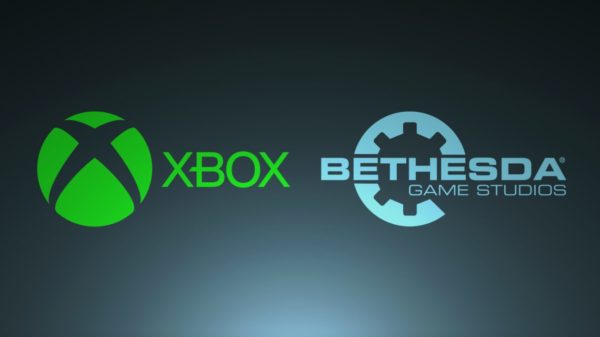 One of the most highly debated topics following the $7.5 billion Microsoft/ZeniMax Media merger regards the exclusivity of upcoming flagship titles; that is, will...