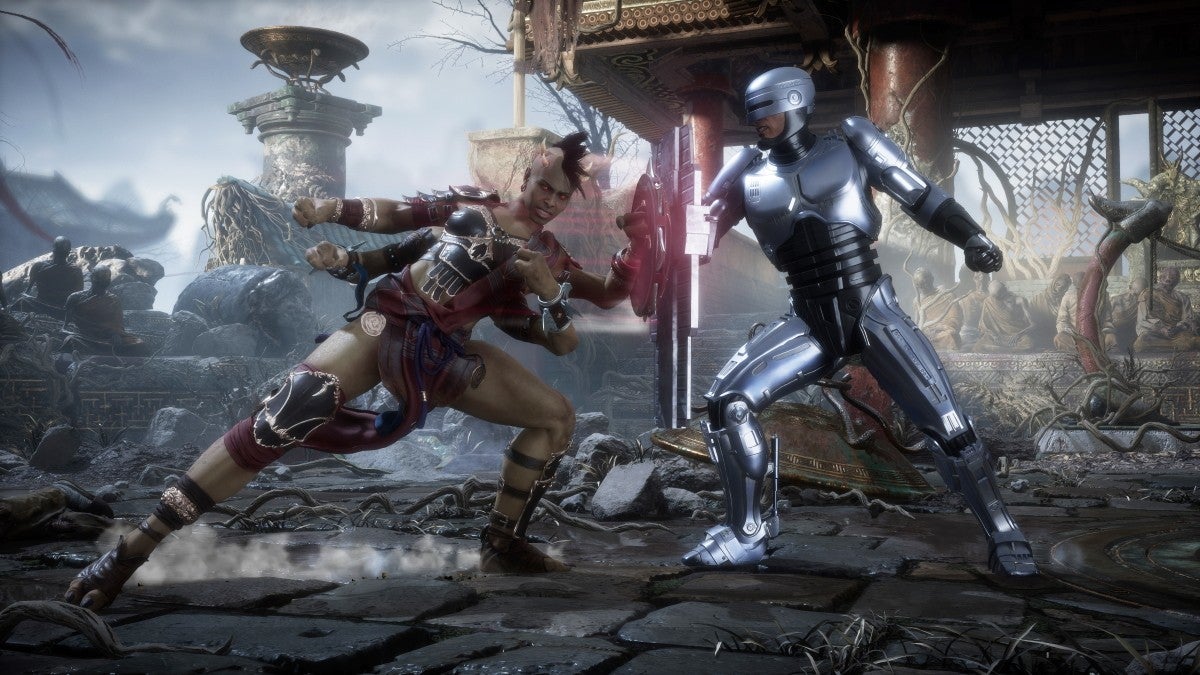 The epic Mortal Kombat saga continues in Mortal Kombat 11: Aftermath, whose DLC will expand the cinematic story and see Raiden, Liu Kang and unlikely ally Shang Tsung traversing through MK history to combat the forces of Kronika, the Keeper of Time.

In addition to the return of Friendships, special Finishing Moves which allow kombatants to perform acts of surprising tenderness and cordiality to their opponents (like presenting the defeated opponent with a birthday cake, balloons or, as seen in the trailer, a giant teddy bear) Mortal Kombat alums Fujin and Sheeva will be joining the fray; also making his very first appearance in the series — guest-character Robocop.

Fujin made his debut in Mortal Kombat Mythologies: Sub-Zero as a boss character and first became playable in Mortal Kombat 4. Whereas Raiden represents the god of thunder and lightning in Japanese mythology, Fujin represents the Shinto god of wind, who shares the same name. Fujin has a wide variety of wind-based attacks at his disposal, such as Gusting Cyclone, Wind Kick and Tornado Wind.

Sheeva first appeared in Mortal Kombat 3; as a member of the Shokan, a race of half-human, half-dragon beings from the Outworld (Goro and Kintaro are also Shokan) she is tall, has a muscular build and sports four arms. Sheeva has primarily served as the personal bodyguard of Sindel, queen of the realm of Edenia.

Robocop is from a renowned 1987 action film directed by Paul Verhoeven (Starship Troopers, Total Recall) whose story revolves around a murdered police officer in a crime-ridden, futuristic Detroit being revived as a superhuman, cyborg law enforcer named Robocop.

Which character pack inclusion are you most looking forward to in Mortal Kombat 11: Aftermath?

We don’t know about you, but we’ve already been able to play out Alien vs. Predator to sate our monster/sci-fi movie cravings; in Mortal Kombat 11: Aftermath, you can bet your sweet, metallic learning computer we’re going to actualize Robocop vs. Terminator. (And we’re beyond ecstatic that Peter Weller himself is voicing Robocop!)

Mortal Kombat 11: Aftermath releases on May 26th for Playstation 4, Xbox One, Nintendo Switch and PC formats.