Last time around in my Legends of Runeterra card art examination, we looked at the seeming tragedy of Spider Queen Elise and a Noxian noble. Today we are going to take a look at a number of Piltover and Zaun cards and see how they are linked together. 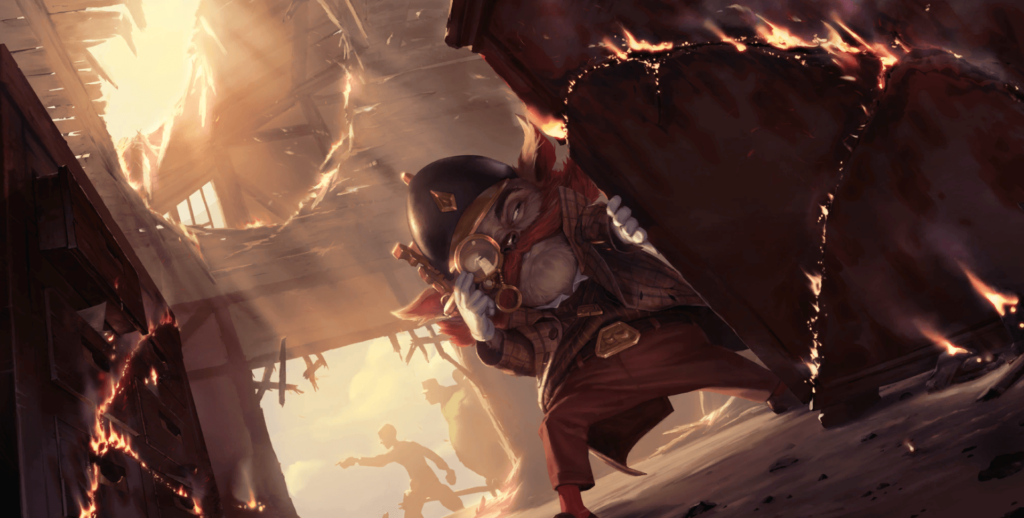 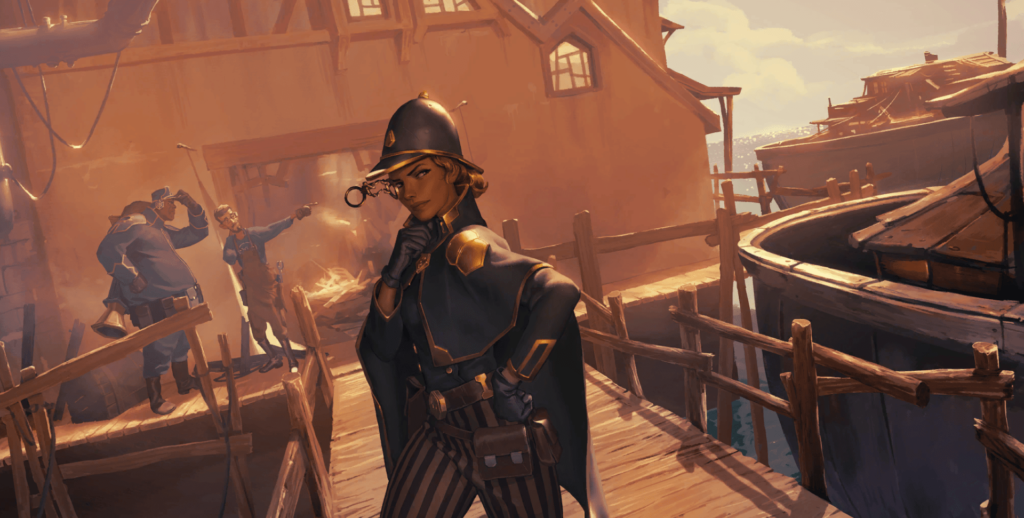 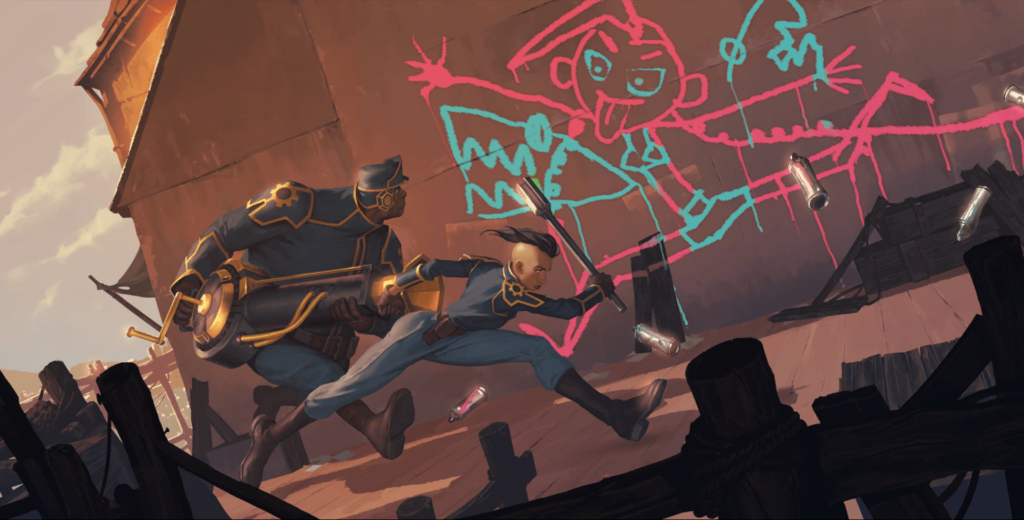 If you look closely you can see that both investigators are investigating the same place (we can see the same two people discussing in the background of both pieces of card art for instance). One of the two people discussing in the background can also be seen in the Patrol Wardens art. Now I believe the scene in Patrol Wardens is happening very close to the scene in Veteran Investigator and Insightful Investigator (both in terms of time and space). In fact I think it’s probably happening just around the corner a minute later, and here’s why I think that. There are two indicators:

In addition to that, we can notice that the artists who made all three card art pieces are the same (referenced at the end of the article), which on its own, is not an information that means anything, but added to all the details we just talked about, I think we can be pretty sure these three arts are linked together, and the link is Jinx.

RELATED:  Legends of Runeterra: How Scarmother Vrynna got her scar

Now, since I was intrigued by this, I started to have a closer look at all the cards linked to Jinx, and I found something really interesting in the art for Flame Chompers! 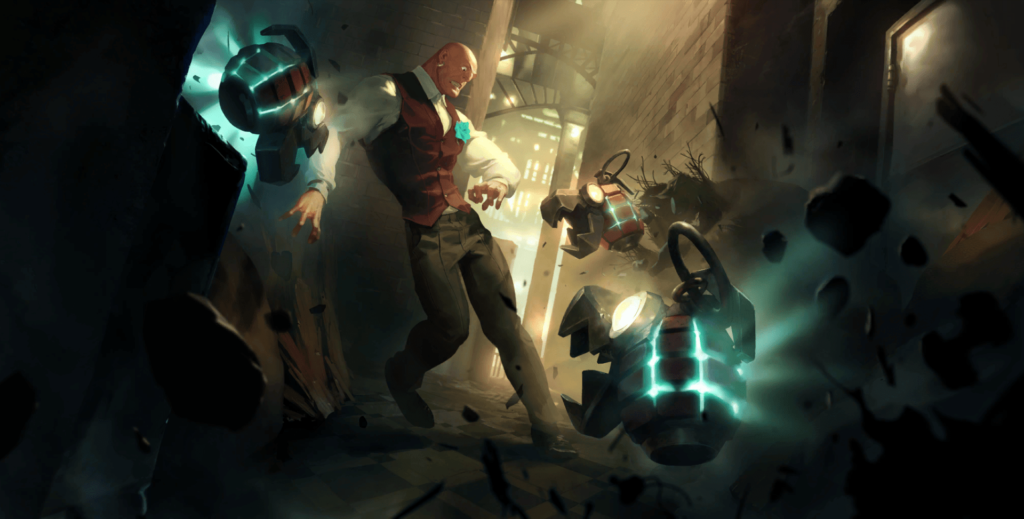 We can see a muscular, bald-headed man wearing an earring being attacked by Jinx’s grenades. But who is this man? And where have we seen him before? 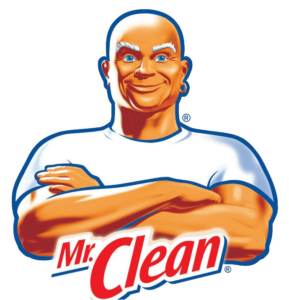 A familiar commercial maybe? Nah, the ring is on the opposite ear…

Let’s take a look at the art of the Shady Character card, then. 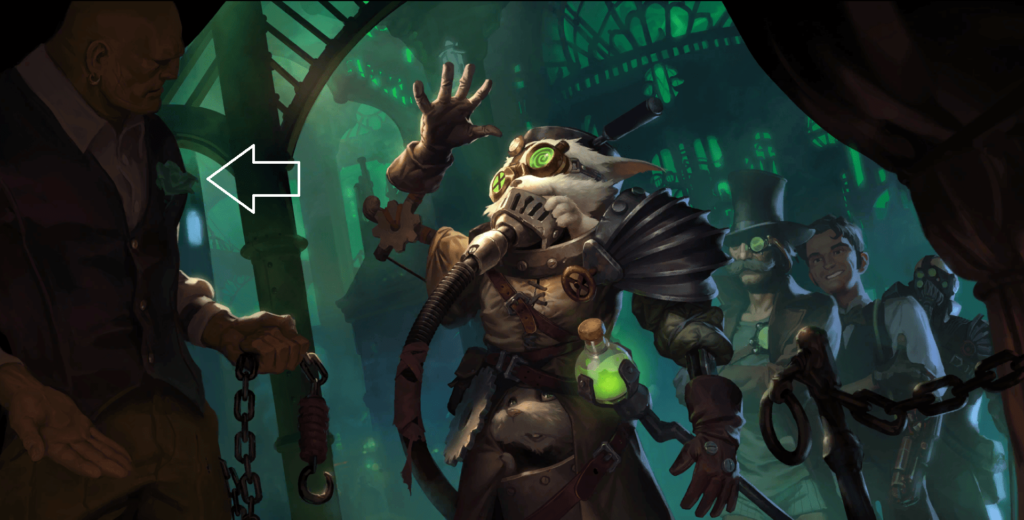 From the card’s flavor text (“Hello, fellow Chem-Barons!”), we learn that Shady Character is trying to get access to a secret meeting of the Chem Barons of Zaun, and our friend Mr. Clean here is probably a guard or some sort of bouncer from the looks of the picture.

Now who are the Chem Barons? According to the official League of Legends Universe website, it seems that the Chem Barons are a criminal organization composed of rich and powerful people of Zaun who control the city of Zaun and keep it from descending into chaos.

The one million dollars question is then, why would Jinx attack a member of this organization (as we can see in the Flame Chompers! Art)? Jinx is a Champion from Zaun and her lore tells us that she is trying as hard as possible to wreak havoc upon Piltover. Would it be possible that she is trying to get her hands on a weapon that the Chem Barons possess in order to use it in Piltover to inflict as much damage as possible? Let me know what you think in the comments but that is the best theory that I could come up with.

Now, if we dig a little deeper, particularly into the voice interactions of Shady Character, there is one that is particularly interesting. If you ever get to play a Shady Character while having a Corina Veraza on board, Corina will say “Guard, attend to these fools.” This is extremely interesting because not only does she react to the arrival of Shady Character, but she also acknowledges the existence of our friend Mr. Clean (to whom she’s clearly talking). The most interesting part though is that, since we know that the Shady Character is trying to get access to a Chem Baron’s meeting, we can deduce that Corina is at the meeting and is therefore probably a Chem Baroness herself! 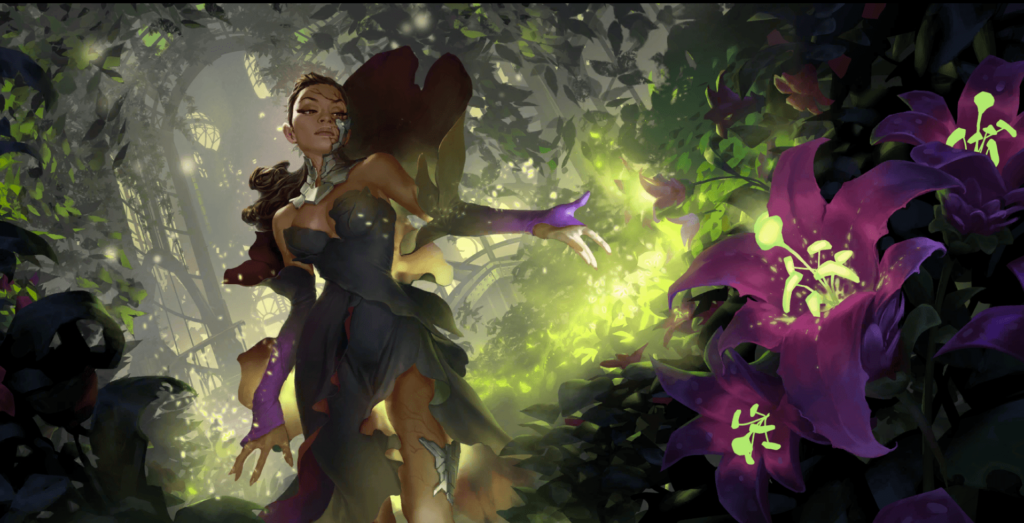 What do we know about Corina? Not much, but her in-game flavor text states, “The narrow-minded Piltovans know only gears and metal, and cannot appreciate the delicate art in every stem, every petal, every cell of my cultivair. I will craft them an undeservedly graceful doom.” The last sentence of her flavor text is particularly interesting because it could mean that she’s preparing a weapon that would be aimed at Piltovans, which is something that would also be of interest for Jinx.

There is another intriguing detail in the art of Trail of Evidence. 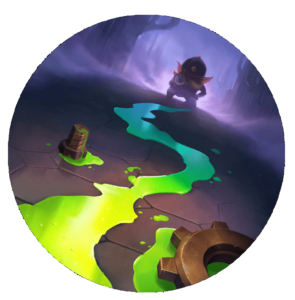 We can see our Veteran Investigator following a green trail of evidence and about to solve his case (the flavor text says, “And thus,” Officer Harknor announced, “the trail leads us to…”). Now Harknor could very well be investigating a completely different case here and in his Veteran Investigator art, but if we assume that it is the same investigation, then it would mean that Harknor found a link between Jinx’s hideout on the docks and this green trail — which could very well be a trail leading to Corina, the Chem Barons and their developmental weapon. A wild theory, but am I on to something here with my Legends of Runeterra card art theory? Share your thoughts in the comments.