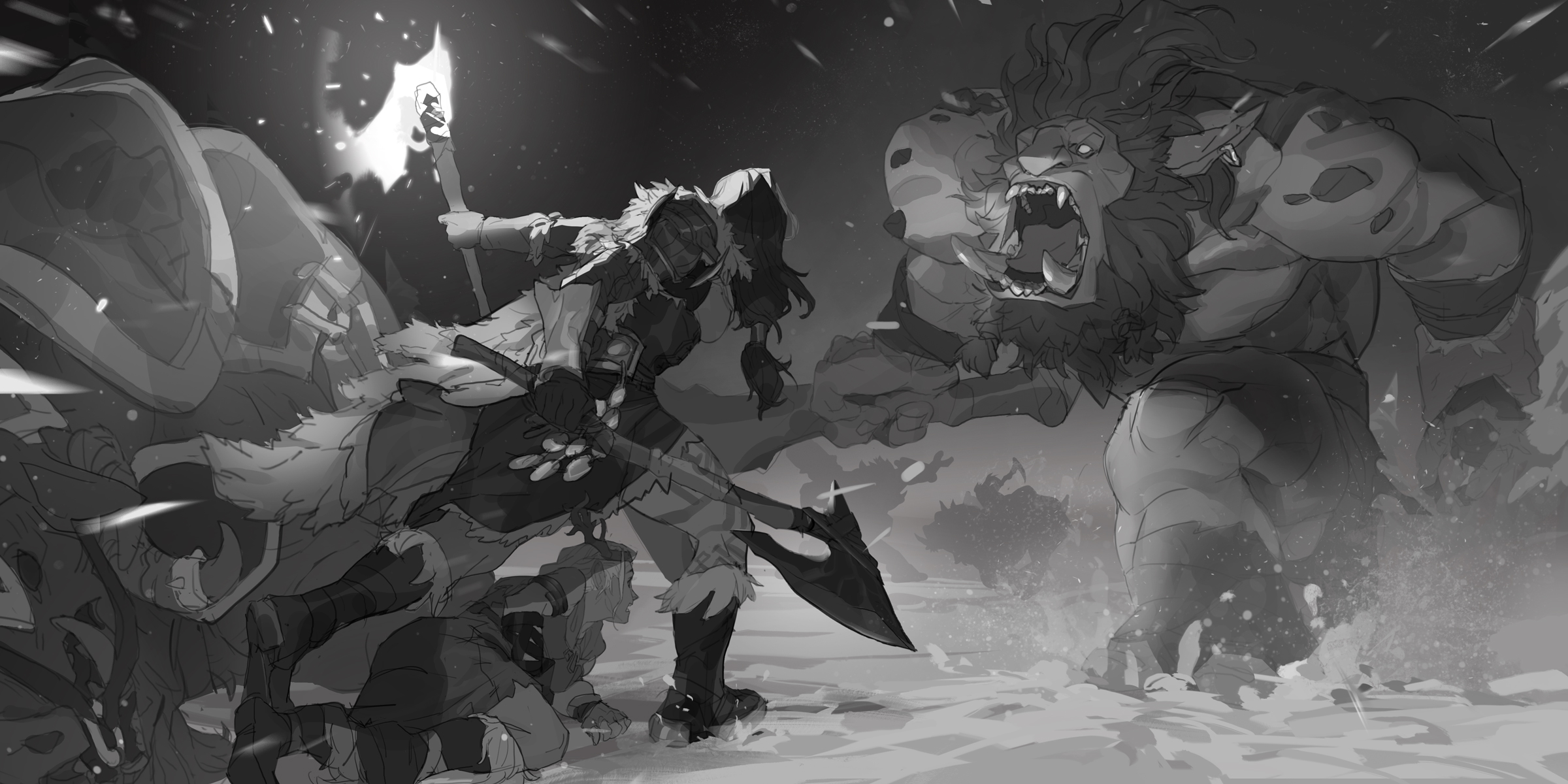 In my last Legends of Runeterra card art analysis, I took a look at Miss Fortune, her crew and their link with Gangplank. 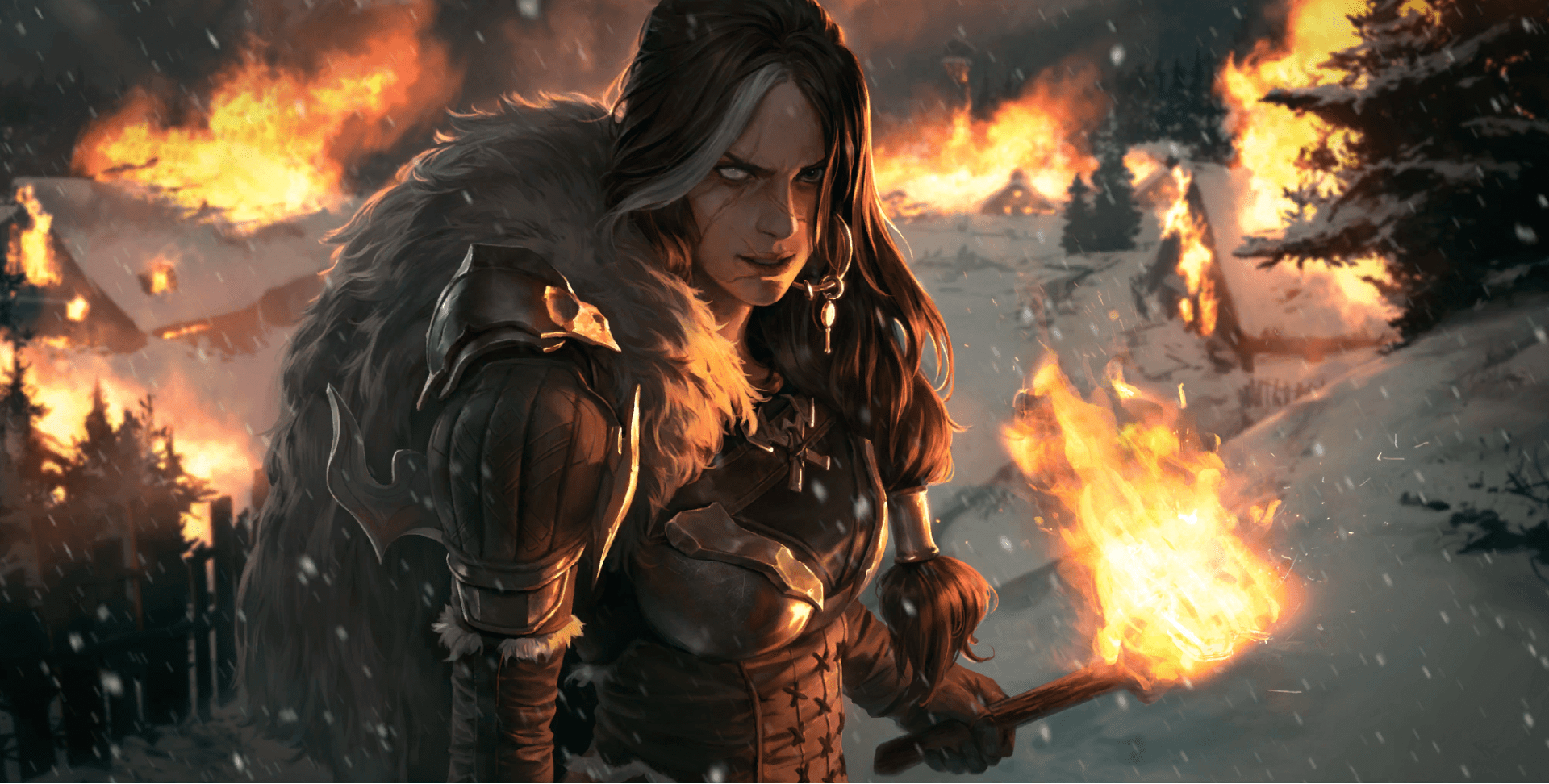 For those of you less familiar with the lore, there are three main tribes in the Freljord: the Winter’s Claw (led by Sejuani), the Avarosan (led by Ashe) and the Frostguard (led by Lissandra). There is a lot more to it but I encourage you to read about all three tribes on the League of Legends Universe website, it’s really entertaining.

Interestingly, the only two cards where we can see Frostguards currently (as of July 2020) are Tryndamere and Anivia. The warriors we can see on those cards have the typical Frostguard helmet and armor. I’m pretty sure we will see more cards revolving around the Frostguard soon (probably in the upcoming update of August 2020, judging by the Champions’ voice interactions that have been leaked in the past couple of months) but as of now, there are only those two I mentioned.

RELATED:  Legends of Runeterra: Darius and the Vanguard Cavalry

Back to Vrynna. As I said, there is a story about Vrynna in the Realms of Runeterra book which explains how she got some of her scars — in particular a story about how she lost an eye. It just so happens the creature which injured Vrynna and took away her eye is in Legends of Runeterra! For brevity’s sake I won’t retell the entire story but I want to encourage you one last time to pick up the Realms of Runeterra book as it’s tremendous work by Riot (I’m not sponsored by Riot I swear).

The story revolves around a group of Winter’s Claw hunters, which include Vrynna the unscarred (she’s still unscarred at the beginning of the story). The hunters are tracking a big Elnuk to try and feed their tribe. Unfortunately, they encounter a Wildclaw which attacks them and tries to kill them. They describe the Wildclaw in the following manner: “It was big, likely an alpha, larger even than the drüvask ice boars ridden by the fiercest of the Winter’s Claw.”

As you’ve probably guessed by now, the creature responsible for Vrynna’s lost eye is none other than the Alpha Wildclaw! 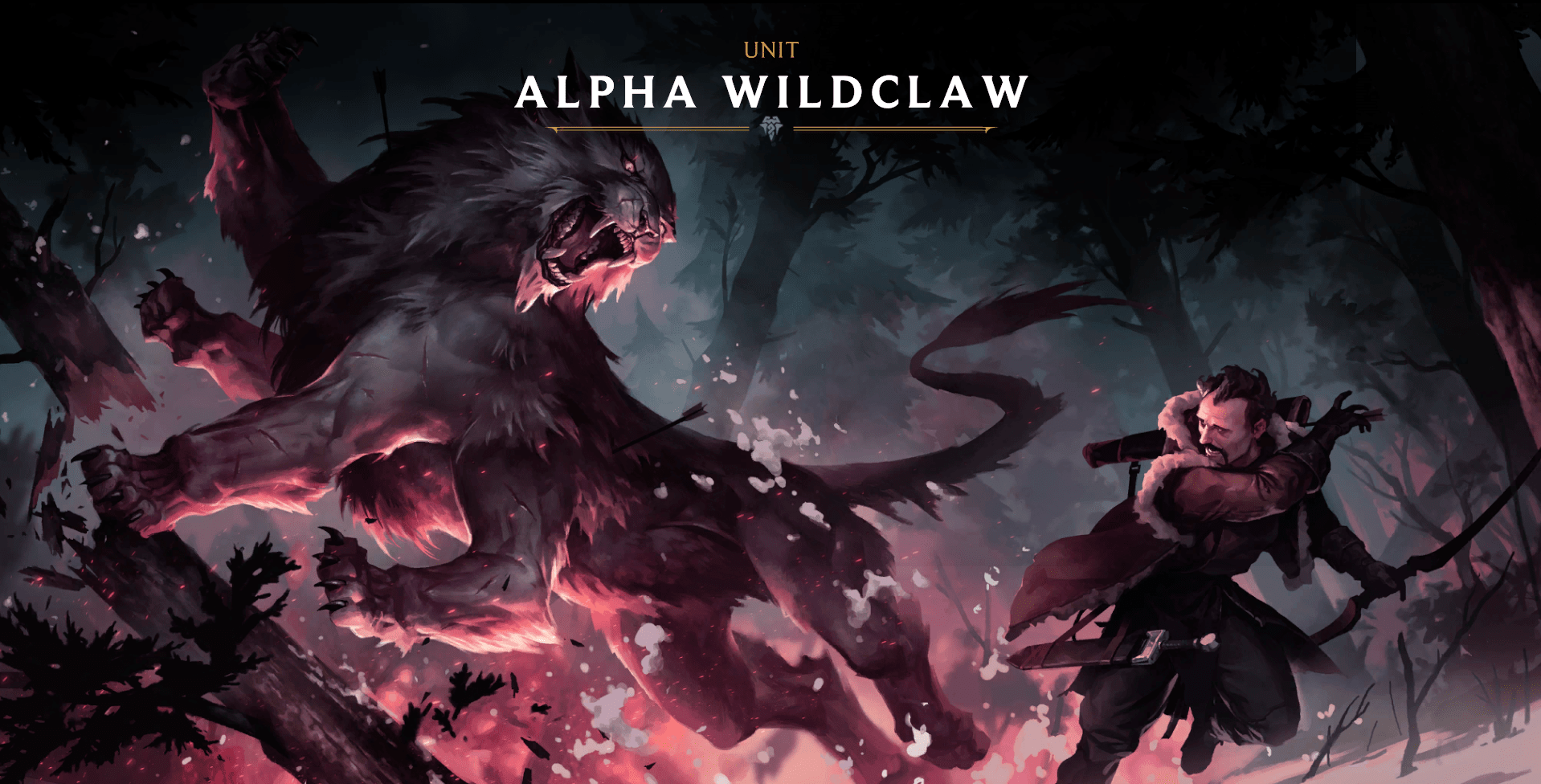 During the fight with the Wildclaw, Vrynna received a massive blow to the face and temporarily lost consciousness. When she came to her senses she couldn’t see from her right eye but she still managed to get up and attack the Wildclaw again, eventually killing it.

Another interesting detail of the story is that the hunters shot a number of arrows at the Wildclaw, which we can actually see in the art of Alpha Wildclaw (there are several arrows planted in its flanks). Is it possible that this art is actually representing a scene of the story I mentioned? Maybe when Vrynna was down and the Wildclaw tried to kill one of the other hunters? 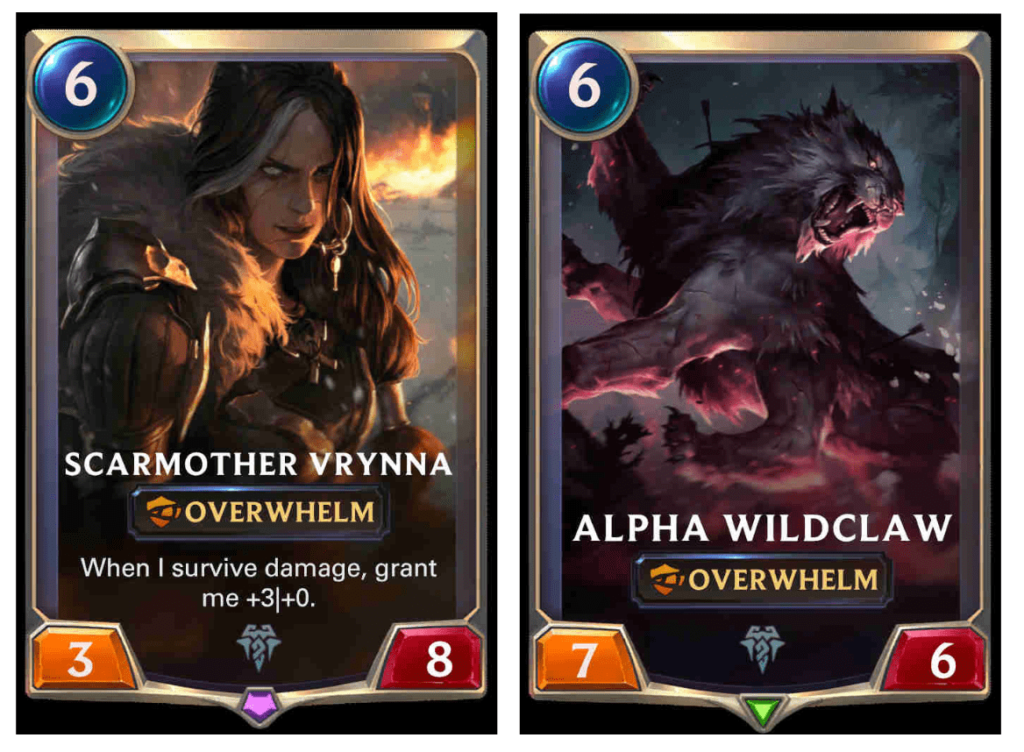 One last detail: Vrynna has 8 Health in the game and would therefore survive the attack of a 7/6 Alpha Wildclaw. Thanks to her ability she would also gain +3/+0, therefore bringing her power to 6, which would be enough to kill the Wildclaw. Now imagine if the Alpha Wildclaw had the ability Quick Attack and was attacking. If you were to block with Vrynna, something really interesting would happen, they would basically re-enact the scene from the story I mentioned. The Wildclaw would hit first, dealing 7 damage to Vrynna (who would survive and gain +3/+0) and then she would hit back with a power of 6 and therefore kill the Alpha Wildclaw. Makes sense, doesn’t it? I’m sure the devs have thought about this, but maybe they judged that giving Quick Attack to the Alpha Wildclaw would make it overpowered?

As always I would be happy to hear your opinions in the comments.