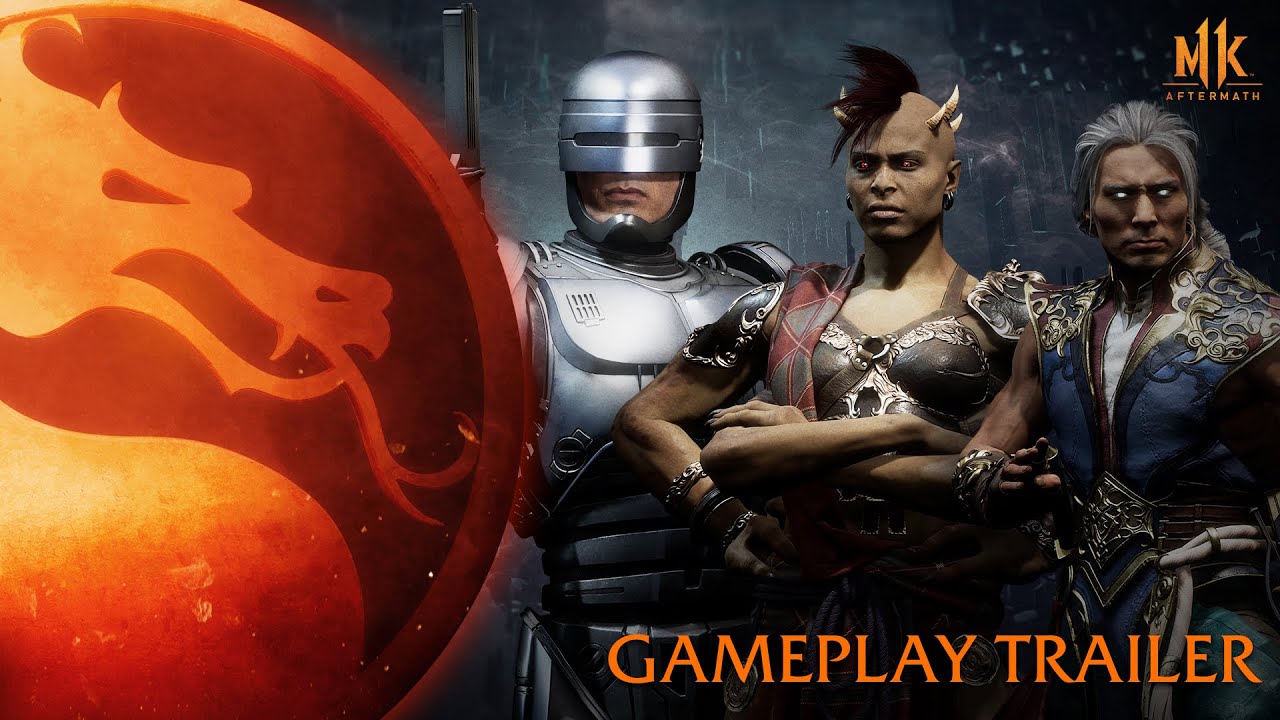 Last week’s Mortal Kombat 11: Aftermath official reveal trailer gave us a glimpse at the latest additions to the game: namely Fujin the God of Wind, Sheeva and Robocop, as well as all-new, DLC story-mode content.

Also featured in the video are the new Dead Pool, Soul Chamber, Kronika’s Keep and RetroKade Stages, as well as select Stage Fatalities, which will be available (along with Friendships) as a part of a FREE content update in conjunction with the Mortal Kombat 11: Aftermath release.

Also: We’re one step closer to realizing our Robocop vs. Terminator dreams. And we’re going to do it with this CyberNinja Robocop skin after the Terminator takes the first round.

The Mortal Kombat 11: Aftermath expansion will be available on May 26th for Playstation 4, Xbox One, Nintendo Switch and PC formats.