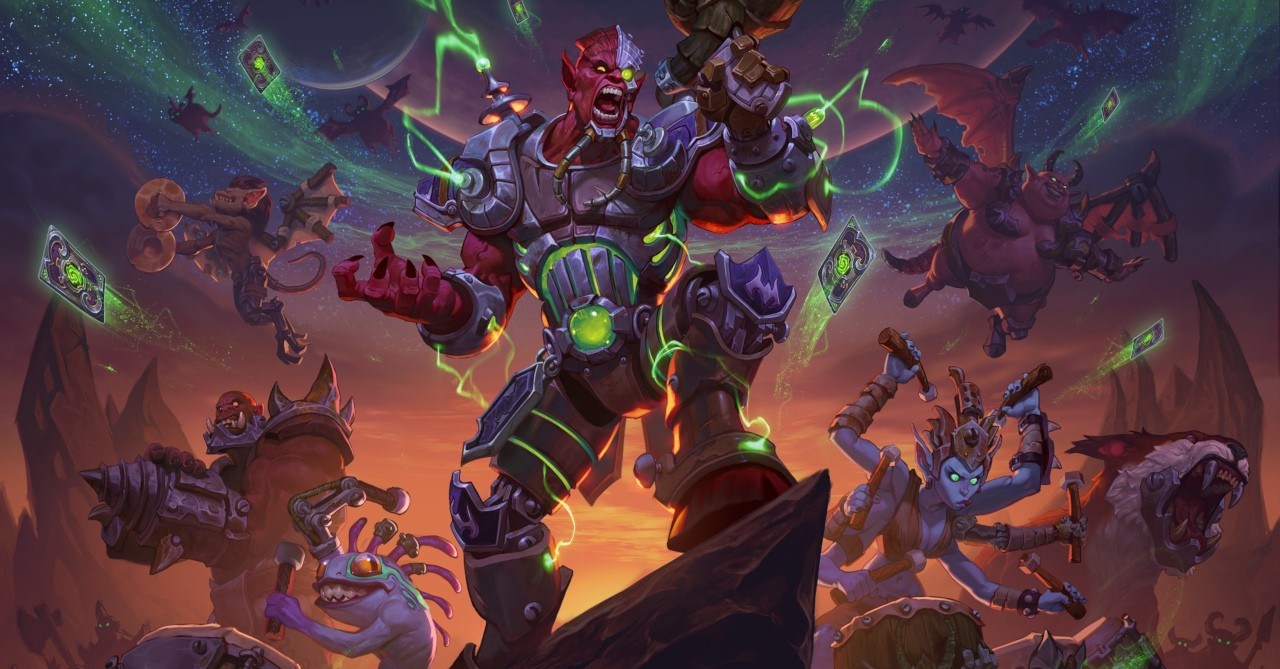 The fourth and fifth chapters see Aranna and crew battling for control of Outland. 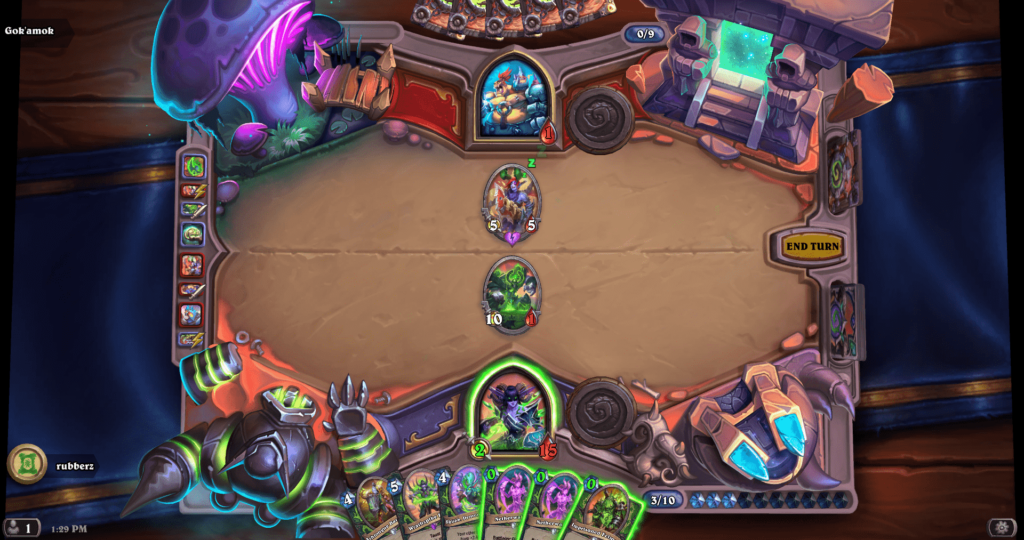 Note: Aranna’s Hero Power changes to Combination Strike in Chapter 4, which is a modified version of the standard Demon Hunter one.

One half ogre and one half Rusted Legion mech, Gok’amok is all annoying; he (they?) can also be a tricky boss to overcome based on a powerful, RNG-centric Hero Power and an overstatted deck.

Luckily, I was able to beat Gok’amok my first two tries by utilizing the utmost “skill.” That is, I aimed for the heads — AKA, built up as much attack with Aranna’s Hero Power as possible and went directly for Gok’amok’s face, ignoring pretty much everything else.

If you don’t have to trade minions with Gok’amok, don’t — lethal him as quickly as possible. That means equipping Aldrachi Warblades, boosting Aranna’s attack with her Hero Power and Twin Slice and going ham.

Of course, if you have the opportunity to use Illidari Felblade with Outcast for free minion removal or are able to make judicious use of Imprisoned Felmaw, Imprisoned Antaen, Altruis the Outcast or any of your Demon Hunter teammates with Outcast, do so. But Gok’amok needs to die ASAP before his RNG turns the tide of the fight.

You shouldn’t have too much trouble defeating Flikk, as both Illidan and Aranna allude to in the pre-match commentary, referring to the overgrown imp as a “tiny, worthless foe” and “trivial.”

The disparagement is of course, foreshadowing for what happens halfway through the fight, when Flikk flees and you face down a Rusted Fel Reaver in his stead.

Note: Rusted Fel Reaver will replace Flikk with 30 HP and 15 armor, but will destroy any minions Flikk placed on the board, so don’t waste your time minion trading while fighting in the Flikk portion of the battle.

Employ the same strategy with Rusted Fel Reaver that you did with Flikk — go for lethal as quickly as possible (makes sense, right?), utilizing Aranna’s Hero Power in conjunction with your minions. Make advantageous minion trades when you must, employing cards like Twin Slice and Blade Dance with Aranna’s Hero Power to help you do so.

Passive Hero Power: Corrupted by Rust: After you play a minion give it Stealth or Poisonous.

The third encounter of Hearthstone Trial by Felfire Chapter 4 is your former colleague Baduu, who has been mechanically modified into Baduu Prime by the Rusted Legion.

Baduu Prime is a straightforward battle but you can quickly fall behind if you underestimate her capabilities. Here’s how to power through Baduu.

Passive Hero Power: Of Fel and Hatred: At the end of your turn, increase the power of your Reactors.

Note: Mecha-Jaraxxus starts the match with two dormant minions, a 0/3 Fel Reactor and a 0/2 Hatred Reactor on the board.

Think you can go ten rounds with Illidan Stormrage himself? The fifth and final chapter of the Hearthstone Trial by Felfire solo adventure is your chance to prove it.

That’s because Illidan, as he’s been known to do, has gone a little crazy — and it’s up to Aranna Starseeker and her Demon Hunter friends to stop him.

Once you reach Turn 10, Illidan will Metamorphose into a darker, regain all health and… grant you the victory.

Check out our walkthroughs for previous chapters if you’re still stuck.

Did our guides and walkthroughs help you complete the Hearthstone Trial by Felfire solo adventure? Let us know if you’re still having difficulty with any of the encounters and we’ll do our best to help you out.

In this article:Featured, hearthstone, trial by felfire walkthrough