Update: 343 Industries, more specifically, Halo Community Manager John Junyszek has officially dispelled these rumors, going on record to say that Halo Infinite has not been cancelled for Xbox One. We apologize for any confusion this speculation article may have caused.

Much like Cyberpunk 2077, Halo Infinite is a marquee video game which was delayed until a later date (which can likely be attributed to the outcry for the game’s visuals shown in its reveal trailer from the Xbox Games Showcase and the subsequent Craig the Brute outcry). There could be a huge difference in how these delays were handled by each respective publisher, however.

While developer 343 Industries has given Halo Infinite a Fall 2021 release date, will they attempt to learn from the mistakes made by CD Projekt Red and the controversy surrounding Cyberpunk 2077‘s disastrous release — one which resulted in CDPR apologizing, offering full refunds and Sony pulling the game from the PS Store? In other words, will Halo Infinite be a Xbox Series X|S and PC exclusive? A recent listing on a 343 Industries Lead Designer’s LinkedIn page hints that this might very well be the case.

According to the LinkedIn profile of Halo Infinite‘s UI Art Lead Chad Mirshak, the next installment of Halo might be exclusive to Xbox Series X|S and PC, as the Xbox One console isn’t listed as a platform on which the game will be made available.

Based on one of #343studios lead designers’ #LinkedIn, seems like #Microsoft have canceled the #XboxOne and #XboxOneX versions of #Halo infinite! The game now is current gen only! #SeriesX #SeriesS

While the listing only hints that Halo Infinite might be a Xbox Series X|S and PC exclusive there’s always the possibility that this is either a mislabeled LinkedIn post or that individuals aside from Chad Mirshak worked on the Xbox One version. Then again, plans do change; for instance, when Microsoft Flight Simulator was first announced, it was listed as a game for the Xbox One, PC and Xbox Series X|S platforms. Perhaps on account of the advanced features and technical requirements it boasts, being a massive, two-gigabyte game, which allows players to fly all over the world and contains over two petabytes of on demand cloud data from Microsoft Azure — Flight Simulator 2020 will not be released for the Xbox One and remains an Xbox Series X|S and PC exclusive.

After seeing the subpar performance and unfinished content of Cyberpunk 2077 on last-generation consoles, which CDPR says are “bugs that will be fixed, perhaps 343 Industries and Microsoft consider it in their best interests to assure that Halo Infinite is as good a game as it can be for the current generation consoles and not try to force it onto Xbox One if it’s unfeasible. 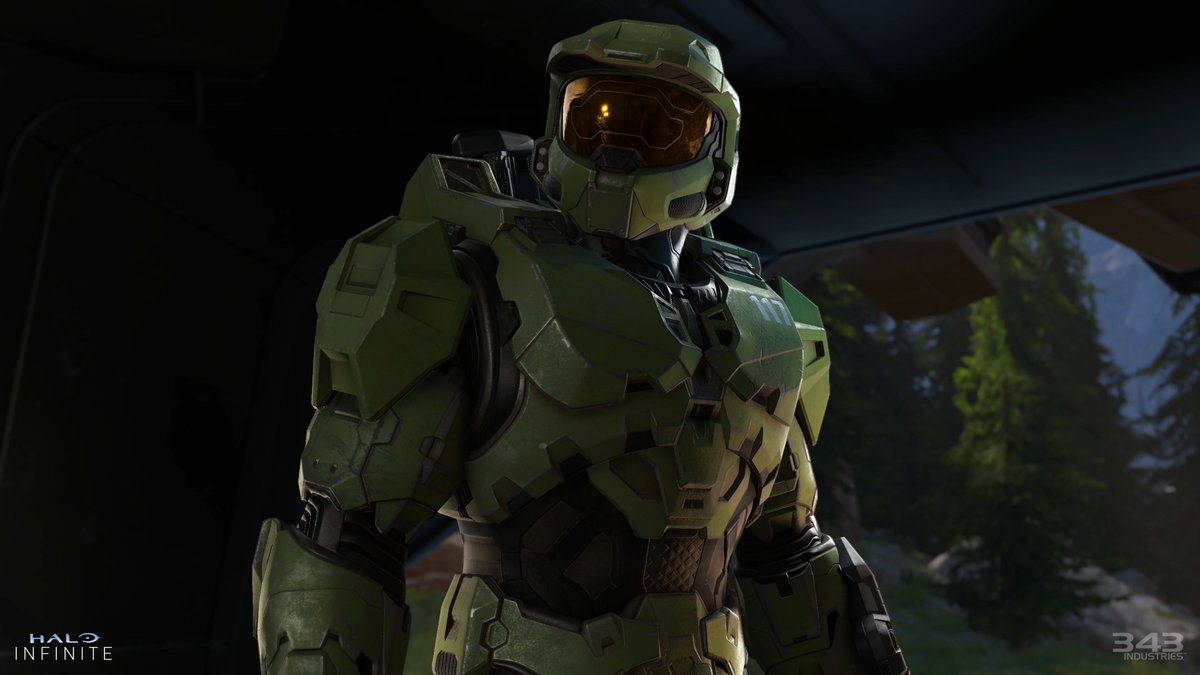 As of this writing, Halo Infinite is still officially listed as a cross-generation title on Xbox Series X, Xbox Series S, Xbox One, Xbox One S, and Xbox One X consoles.

Do you think it’s in 343 Industries’ best interest to at least consider that Halo Infinite will be a Xbox Series X|S and PC exclusive? Or would you like the opportunity to play Halo Infinite on the Xbox One as well, even if there’s a chance it could turn out like Cyberpunk 2077‘s last-generation console release? Let us know what you think in the comments.