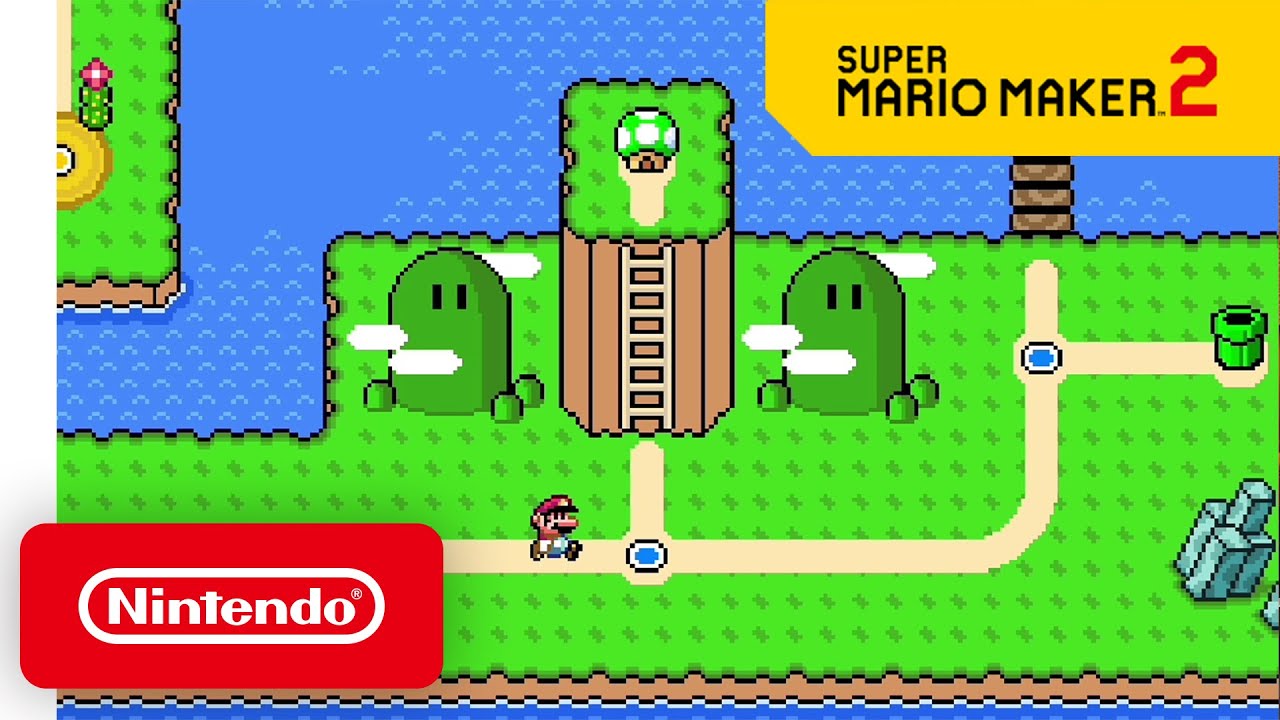 Nintendo has plans to kick off Mario’s 35th anniversary off with a bang and the remastered versions of Super Mario 64, Super Mario Galaxy and Super Mario Sunshine aren’t the only Mario titles making noise. A recent video from the official Nintendo YouTube revealed Super Mario Maker 2 is getting some huge updates and added features.

Perhaps most surprising (and gratifying) of the announced features is the ambitious World Maker Mode, where “multiple courses created by a user can be tied together on a path from the starting point on a world map to the end castle. The look of the world map can also be customized. Up to eight worlds containing a total of up to 40 courses can be combined, creating a mini Super Mario game that can be shared* with others.”

Super Mario Maker 2 Update: The Koopalings are back

In addition to World Maker Mode, players will also come across the Koopalings — Larry Koopa, Morton Koopa Jr., Wendy O. Koopa, Iggy Koopa, Roy Koopa, Lemmy Koopa and Ludwig Von Koopa — seven of Bowser’s most notorious underlings, “each with his or her own movement pattern,” who can now be added to user-created courses. Other enemies to be included are the dreaded Phantos of Super Mario Bros. 2 fame and the wind-up Mechakoopas who first appeared in Super Mario World.

A slew of new power-ups and course parts will also be added in this update including:

What do you think of the Super Mario Maker 2 World Maker update? And with all this Phantos and SMB2 mushroom talk, we have to ask: what about Mouser and Wart?