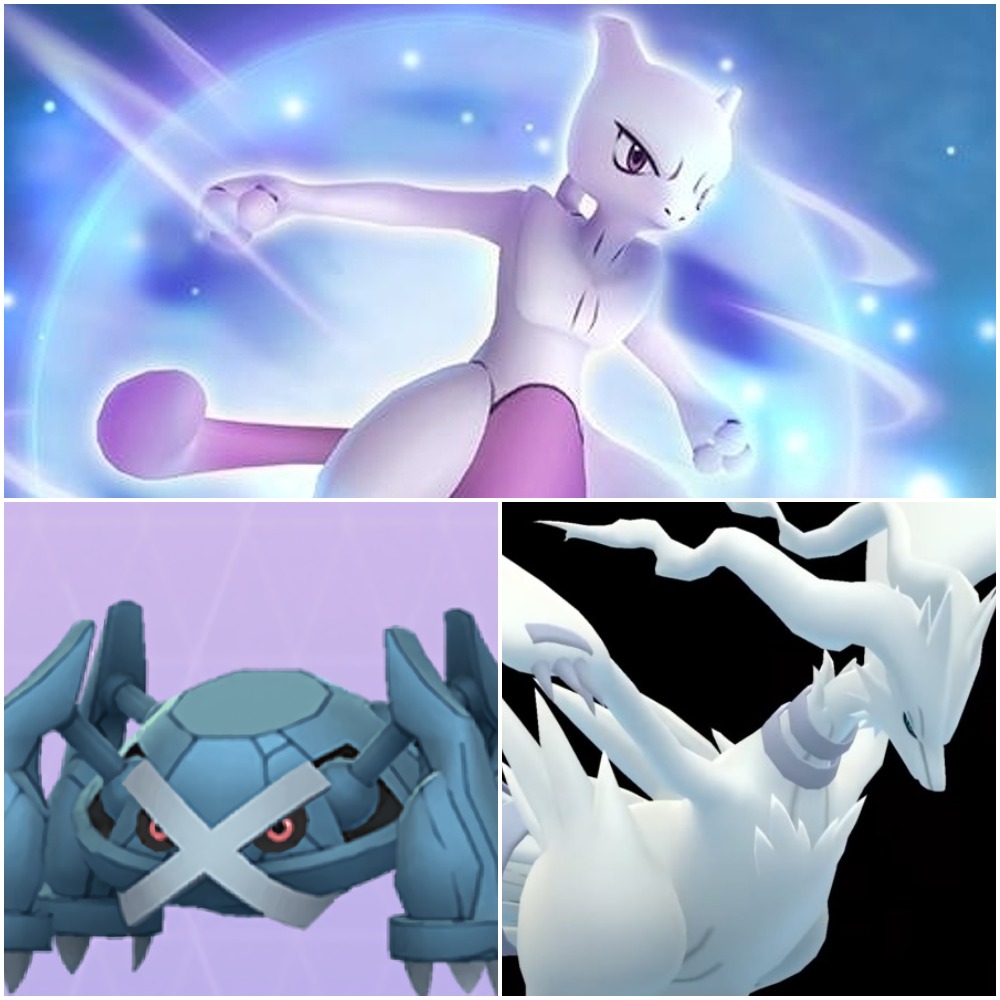 With all due respect to Karen, the Indigo Elite Four member who said, “Strong Pokémon. Weak Pokémon. That is only the selfish perception of people. Truly skilled trainers should try to win with their favorites,” in a game like Pokemon Go, where you’re competing against millions of other trainers across the world, it’s not a bad idea to differentiate the strongest Pokemon from the rest.

With that being said, here’s our list of the 21 strongest Pokemon in Pokemon Go based on damage output and overall usefulness in battle.

Note: This list purposely excludes Mega and Shadow Pokemon, which will be included in the next installment.

Galarian Darmanitan is an Ice Pokemon with devastating wintry attacks. It has a max CP of 3105 and a respectable 263 Attack. G-Darmanitan can be a useful asset as an attacker against Dragon, Flying and Grass-types.

The fiery Fire/Flying Moltres, part of the Legendary bird trio from the first Pokemon generation alongside Articuno and Zapdos is one the strongest Fire and Flying types in the game; it has the benefit of touting effective damage against 5 different types.

Espeon, the Psychic-type evolution of Eevee can serve as a worthy substitute for Mewtwo. Although not as useful in Pokemon Go PVP due to its stat distribution, Espeon excels in Fighting-type raids and as an overall attacker.

The rotund, little Grass hedgehog Shaymin takes on a more slender, deer-dog like appearance in its Shaymin (Sky) form, and also serves as one of the most powerful Grass-type attackers in Pokemon Go.

The mighty Kyogre, the ancient shaper of the oceans in the Pokemon universe is a capable attacker for gyms and raids, as Grass and Electric-type defenders are less common in gyms. Kyogre also proves a useful counter to Tyranitar, while being resistant to meta-staples like Metagross. Kyogre can also slowly take down sponges like Chansey and Blissey.

Landorus-T, a Ground/Flying Legendary Pokemon from Generation IV who has established itself as the best Ground-type Attacker in the game, outclassing even the mighty Groudon.

Latios is a Psychic/Dragon Pokemon introduced in Generation III. The highly intelligent, jet-plane-bodied Legendary has a max CP of 3812 and can serve as a useful attacker as either a Dragon or Psychic type in raids.

RELATED:  Gamer Confessions: I chose Bulbasaur as my starting Pokemon

Sinister, shadowy Gengar has been one of the most dangerous Pokemon in the game since its introduction in Pokemon Red and Blue. It also has some of the creepiest, most unnerving PokeDex entries ever.

Gengar, although deadly, is the definition of a glass cannon; it works very well as a raid attacker, with the ability to take down Psychic-type raid bosses like Mewtwo and Alakazam but you won’t be absorbing much damage with it due to low Defense and Stamina stats.

The nightmarish Darkrai is a Dark Pokemon introduced in Generation IV; it serves as one of the best Psychic counters in Pokemon Go with its 3739 Max CP, 285 Attack and Snarl/Dark Pulse combination.

Salamence, the sickle-winged Dragon/Flying Pokemon introduced in Generation III is one of many Dragons featured in our Strongest Pokemon in Pokemon Go list within the Top 20, but one of our personal favorites.

Salamence sports a max CP of 3749 and an impressive 277 attack stat and an intimidating design. Before the aforementioned Dragon-types on this list came along, Salamence reigned as the game’s top Dragon alongside Dragonite.

Zekrom, the jet-black, stealth-bomber sleek Dragon/Electric Legendary Pokemon featured on the cover of Pokemon White has a max CP of 4038 and the best Electric-type DPS in the game, charging past notable Pokemon Go Electric-types such as Raikou and Electivire.

Haxorus is an armored Dragon Pokemon with scythe-like tusks so sharp they can cut through steel. Haxorus has a max CP of 3593 and an impressive 285 Attack.

The hard-headed Rampardos, whose thicc-boi beta sprites from Pokemon Diamond and Pearl were recently leaked is the highest DPS Rock-type (295 attack) in Pokemon Go and very well-suited to raids.

Rayquaza is a Dragon/Flying Legendary from Generation III, the mascot of Pokemon Emerald and the trio master of the Kyogre/Groudon/Rayquaza Legendary trio; it’s very useful in raids against other Dragon-types thanks to its powerful moveset, high attack and considerable bulk. Before the introduction of Kyurem Black and Kyurem White was the clear-cut strongest Dragon-type in the game.

The dual-type Dragon/Fire Legendary Pokemon Reshiram with its wyvern-like appearance, jet-tail engine and voluminous, white mane flow in at #6 on our strongest Pokemon in Pokemon Go list. Reshiram sports a Max CP of 4038 and with its introduction has overtaken Blaziken and Moltres as the strongest Fire-type in the game.

The first non-Legendary on our list of Strongest Pokemon in Pokemon Go is the Fighting/Steel dual-type Pokemon Lucario, who was introduced in Generation IV. Although the anthropomorphic lupine Lucario is best-suited for PVP, its type combination provides many useful resistances, including Normal-type, making it a relentless attacker against Snorlax, Blissey and Slaking.

Although not as bulky as Machamp, who reigned as the king of Fighting-type Pokemon in Pokemon Go for an impressive duration since the game’s inception, Lucario’s amazing Aura Sphere and myriad resistances give it the edge.

Kyurem White is Kyurem’s other form along with Kyurem Black; although Kyurem-W boasts the same exact Max CP (4605), stats (310 Attack, 183 Defense and 245 Stamina) and Dragon/Ice type combination, its inferior moveset places it a rung or two below its counterpart.

The massive, mechanized arachnid, Psychic/Steel Metagross clocks in at #3 on our Strongest Pokemon in Pokemon Go list with an overall max CP of 3791, 257 Attack, 228 Defense and 190 Stamina.

Metagross’ fantastic defensive type combination along with its impressive stats and devastating Meteor Mash special move make it one of the mightiest overall Pokemon in the Pokemon Go meta, a great raid counter and gym attacker, the best Steel-type in the game and the bane of Fairy, Ice and Rock types. Metagross also enjoys a useful resistance to Dragon-type Pokemon, while having the ability to deal neutral damage to them.

Kyurem Black is a Dragon/Ice Legendary Pokemon first introduced in Generation V, with both its forms serving as the mascots for Pokemon Black 2 and Pokemon White 2. Boasting a 310 Attack stat and impressive bulk, Kyurem Black has unseated the mighty Rayquaza as the best overall Dragon-type attacker in Pokemon Go.

Mewtwo, the Legendary Psychic Pokemon who first made his appearance in the Unknown Cave in Pokemon Red and Blue back in 1998 is still one of, if not the most powerful Pokemon in the series over 20 years later — and that extends to Pokemon Go as well.

What do you think is the strongest Pokemon in Pokemon Go? Do you agree/disagree with our rankings? Did we leave a Pokemon off the list that you’d like to see included? Let us know in the comments.