Cosplay Spotlight: Rumplepigskin captures the look of Ciri from The Witcher, Jessie from Pokemon's Team Rocket and more

This Rikku cosplay from Final Fantasy X-2 will rock you

Komori's D.Va cosplay is so good you'll wonder how it hasn't been nerfed yet The Final Fantasy series is one of our favorite RPGS of all time, so it’s no surprise when impressive Final Fantasy cosplay comes our way we take notice. Cosplayer Eugenia Haruno, AKA Soryu_geggy, just in time for the recently released Final Fantasy VII remake, put together this athletic-looking Tifa Lockhart cosplay, military suspenders, black gloves, iconic white tanktop and sporty outfit included.

"Words aren't the only way to tell someone how you feel… " Another pic of my dear Tifa ❤️ i'll spam her cosplay FOREVER! xD Are you happy!? ☺️ Wig: @chromatus_cosplay #squareenix #tifalockhart #cosplay #finalfantasy7 #cosplaycostume

Tifa Lockhart is the childhood friend of Final Fantasy VII main character Cloud Strife. Although the two of them hadn’t been in contact since their youth in Nibelheim, Tifa is able to convince Cloud to join Avalanche, a resistance group she’s part of whose goal is to combat the forces of Shinra Electric Power Company. Tifa bears a hatred for Shinra on account of them destroying she and Cloud’s hometown of Nibelheim.

"Cloud.. words aren't the only thing that tell people what you're thinking.. " Another pic of my #tifalockhart 💕 I hope you like it 💞 thank you for all the messages, love u guys 😭 #finalfantasyremake #tifacosplay #finalfantasy7 #cosplay #smilealways Wig: @chromatus_cosplay

Voice actress Britt Barron, the voice of Tifa Lockhart in the Final Fantasy VII remake regarding her role as Tifa:

“Tifa is my goal–hashtag goals–she’s who I want to be. So first of all, she’s beautiful, obviously, that’s the first thing. She’s gorgeous, she’s athletic, she’s so strong. But then her personality is surprising–cool, calm, collected, empathetic, kind. So caring, especially with Cloud. So I fell in love with her because I think she is very unique. In other video game characters I’ve played that are athletic or tough, usually their personality also is very tough and mean and aggressive, and she’s not. But then she also kicks ass! So I fell in love with her. I want to be Tifa.”

Tifa’s official description: “Bright and optimistic, Tifa always cheers up the others when they’re down. But don’t let her looks fool you, she can decimate almost any enemy with her fists…”

Tifa Lockhart final fantasy 7 remake ☄️(swipe to see the 3 pics!) My 3 MOOD : BADASS 🔥 Interdicted 😒 Cute 💕😈 I ABSOLUTELY LOVE THIS PHOTOS! 😍 Finally we have a little space to take a photoshoots! AND YOU KNOW WHAT IT MEANS? FINALLY SOON I'LL OPEN PATREON 😭🏋️‍♂️❤️ Photo and editing : @chromatus_cosplay ❤️❤️❤️❤️❤️❤️❤️🐦 #finalfantasy7 #finalfantasy

Check out more of Eugenia’s cosplay at her Ko-fi page. 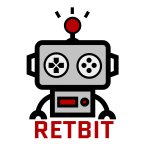