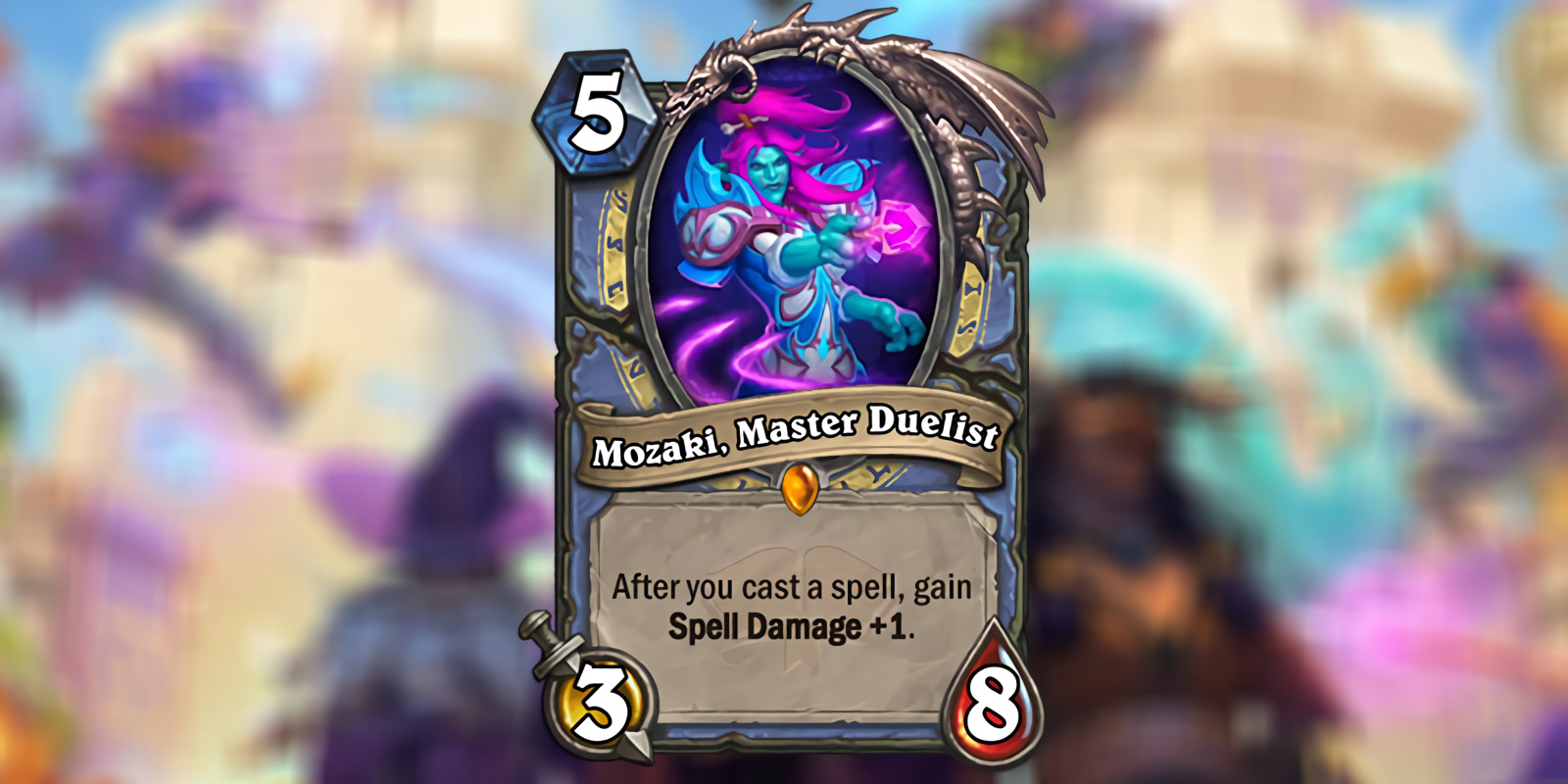 The Mage class gains a new Legendary minion with the ability to snowball Spell Damage power with each spell cast – a violet-haired troll mage by the name of Mozaki, Master Duelist.

Treats her students like her peers, which means defeating them in one-sided duels all day long.

After you cast a spell, gain Spell Damage +1.

Mozaki, Master Duelist has tanky stats for its card effect, which should make it fairly easy for the minion to build itself up, alongside the myriad cheap spells which Mage has to fortify it. Will Mozaki, Master Duelist become a Cyclone Mage finisher or something that unveils a combo that necessitates another Mage card used in synergy with it, such as Sorcerer’s Apprentice, becomes nerfed?