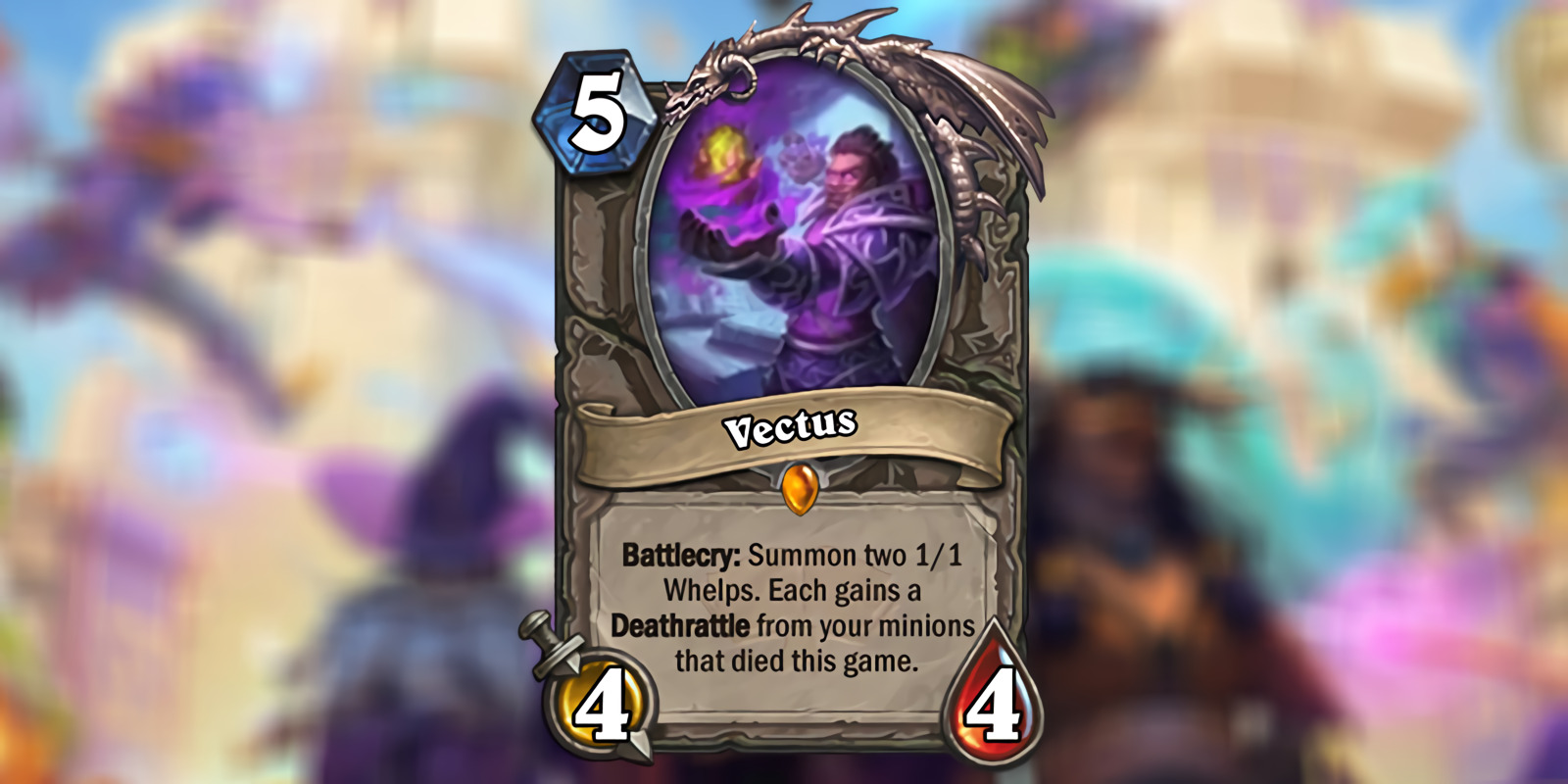 “What, may I ask, are you doing here? Put on your student’s attire, and study!”

Vectus, a human spellcaster who eventually becomes a skeletal mage mini-boss in World of Warcraft‘s Scholomance instance is the latest neutral Legendary minion in Hearthstone‘s Scholomance Academy expansion. His Battlecry summons two 1/1 Whelps which will gain a Deathrattle from Deathrattle minions who have already died in the game, which should open up some very fun deckbuilding opportunities. 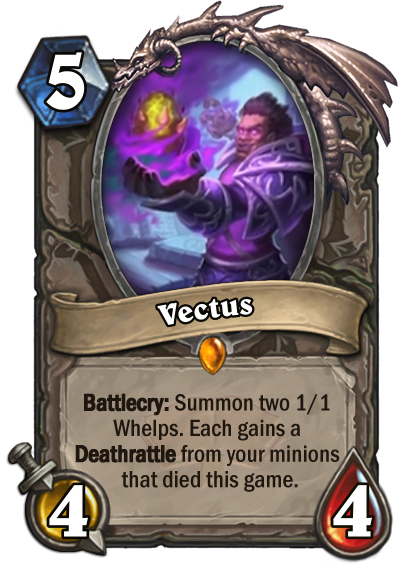 Battlecry: Summon two 1/1 Whelps. Each gains a Deathrattle from your minions that died this game.

Obviously Vectus should prove integral to Deathrattle decks but it could also find some use in decks like Face Hunter which run Leper Gnome and Kobold Sandtrooper as well.